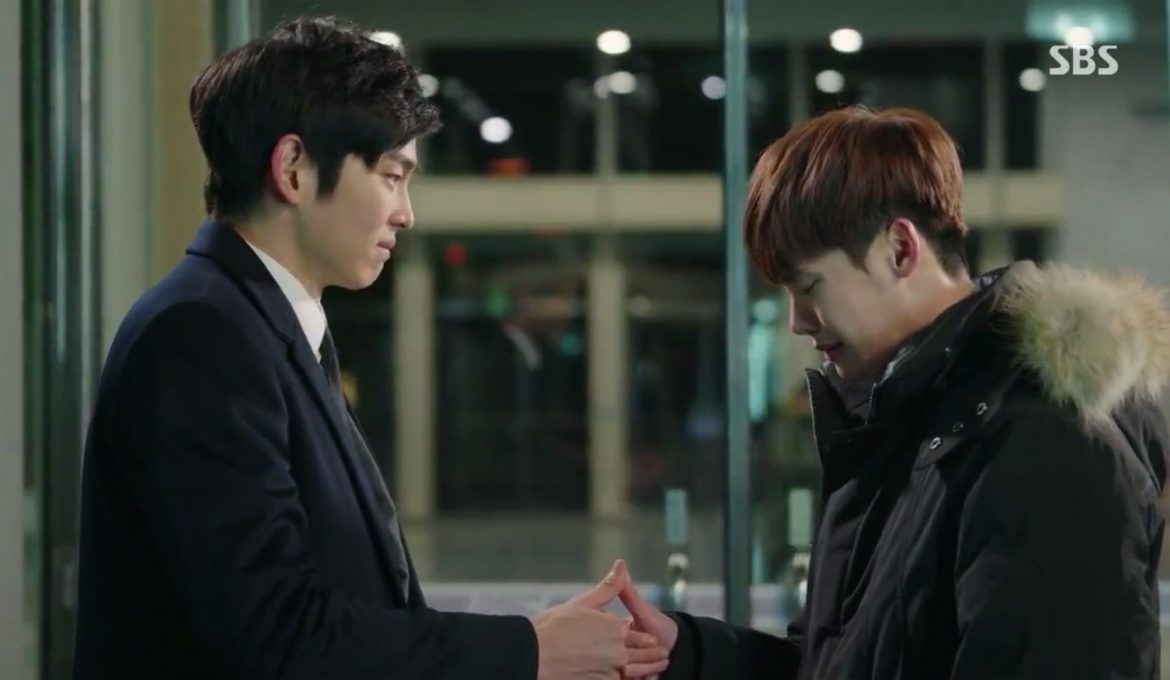 The series continues to handle Ki Jae Myung so well. In a single scene (that features an interview between Ki Jae Myung and Song Cha Ok), Ki Jae Myung is saved: he confesses to his crimes on national TV, reputes his Hero status and gives “Song Cha Ok a huge slap in the face” (as Ki Jae Myung puts it), showing her audience he’s living proof how she can manipulate the news and make unverified reports. Along the way, he does a favour for YGN newsroom by directing audiences to the station for the breaking news report from his brother, Choi Dal Po who reveals signs himself off as Ki Ha Myung.

Considering the situation, Ki Jae Myung‘s story so far is going very well. He is taken in by police, under investigation and in jail, but this is definitely a form of the writer saving Ki Jae Myung and giving him the best kind of result he could receive. He was not brought down by others. He voluntarily confessed. He is behind bars for his crimes and no longer a threat to Choi In Ha or anyone else. His character comes off as deserving of some sympathy, and the story is saved from the melodramatic route. Yay! We also love that the news of Ki Jae Myung‘s confession is handled by his own brother, someone he trusts will report news accurately.

(The scene in this post, the one between Ki Jae Myung and Choi Dal Po/Ki Ha Myung before a circle of awaiting police, was it not heart-breaking?)

We’re loving how Pinocchio is all developing. This series feels like it’s not about creating sensationalistic drama between the characters. It’s definitely more focused on the story around the theme of the media’s power to incriminate as well as immortalise as a hero through the actions of the Song Cha Ok character. There’s also a point about stories on the news is someone’s life, too. The series is now shining light on Song Cha Ok‘s cases and trying to verify her reports; all the whilst giving her a taste of her own medicine as she is the subject of rumours and public scorn. To us, it feels a tiny bit off having the favour returned so similarly, but it appears the point is to get her to realise the latter point.