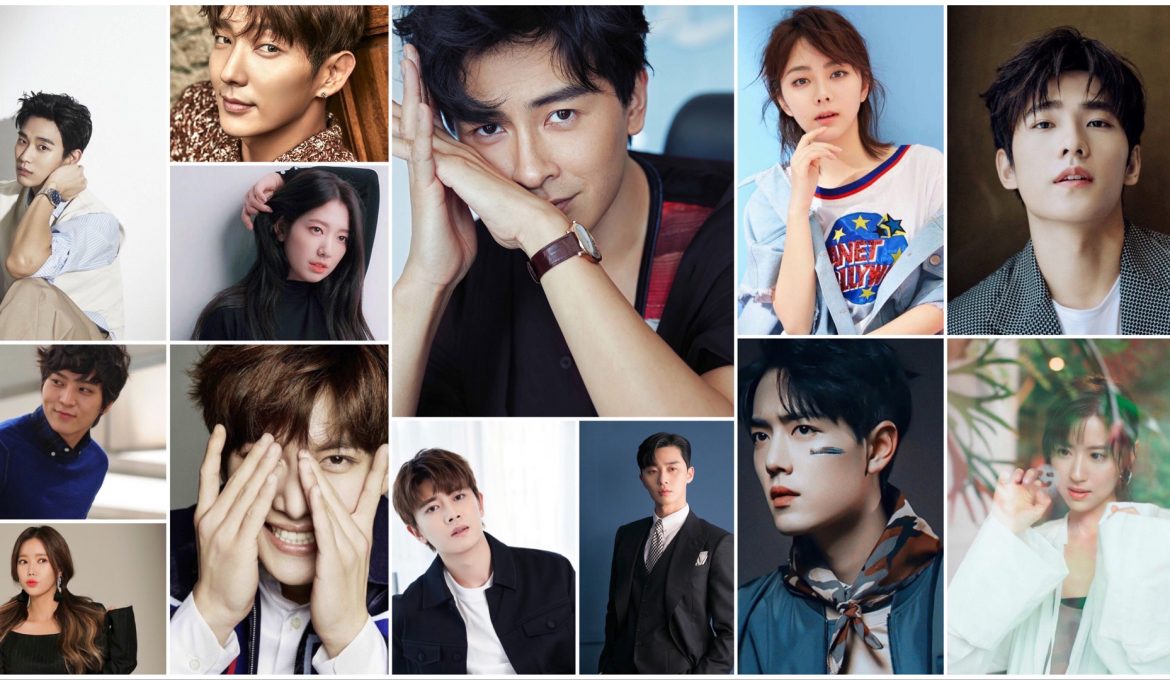 A few actors/actresses who were previously on our “On our Radar” list moved up to our new category, “Actors and Actress Who Don’t Disappoint”.

Accompanying a couple Korean actors/actresses, “On Our Radar” list now includes a few more Chinese actors! Since we wrote our first list five years ago, so many more Chinese dramas are catching attention and because of this we are discovering more and more awesome Chinese actors and actresses who makes us excited to see what their next project might be.

Our “Staples” list have become a list of actors and actresses we remain loyal to despite not really coming across any new projects which captured our attention. No matter what the project is, we will give it a go.

Below is our list of favourite actors and actresses right now:

ACTORS AND ACTRESSES WHO DON’T DISAPPOINT!

The following actors and one actress whose dramas we found we can bank on almost every drama they’re in, like 99.99% of the time : oD : oD. There have been occasions the drama doesn’t quite hit the spot, but on the whole their dramas more often than not entertain.

We discovered Ren Jia Lun through Under the Power (2019 – 2020) and we just love the actor in this drama. He plays the Embroidered Guard, Lu Yi, in the drama investigating cases with his assistant Constable Yuan Jin Xia (played by Tan Song Yun). He has some past drama which don’t appear to be the kind of genre we watch, but still, he has this really interesting, deciphering stare in Under the Power that makes us stare at the screen, so we will be on the watch for any upcoming dramas he’s in!

It’s going to take us a while to stop browsing Pinterest and watching YouTube videos of Xiao Zhan thanks to his role as Wei Wuxian in the very popular Chinese drama The Untamed (2019). We just love his character so much it got us searching him up, clicking Xiao Zhan/The Untamed content that appear on our feeds! Fun fact: the actor has a very lovely singing voice, too. He is one of the vocalists behind The Untamed main theme song. We will be watching out for his next dramas and hope to hear more singing projects!

We first saw her in Inspiring Generation (2014) but she didn’t really catch our attention until My ID is Gangnam Beauty (2018) and then again in Graceful Family (2019). We will be keeping an eye out on what her next drama will be.

We are forever loyal to this group of actors/actresses even if we’ve not come across any new projects which has caught our attention. Their earlier dramas remain addictive and/or classics. So, even if they don’t come out with a drama that catch us, we will be happy to watch over and over again their earlier dramas like the first time we saw them, excited and with anticipation.

Our favourite drama from Joe Cheng are It Started with a Kiss (2005). Joe Cheng appears to have moved to Chinese productions since the last drama we watched from him which is Singles Villa (2015). We’ve started fantasy drama L.O.R.D Critical World (2019) and for the time being are putting it on hold. The mythical creatures and CGI are not to our tastes, but we may return to it because the story has potential. Ni Hao Qiao An 2 (2019), comedy romance drama set in the business world, is more up our alley. We aim to watch!

Our favourite drama from Aaron Yan are Just You (2013).

Our favourite dramas from Allison Lin is Love Cuisine (2015).

Our favourite drama from Park Shin Hye is You’re Beautiful (2009), and really liked Memories of the Alhambra (2018).

Our favourite dramas from Jung Kyung Ho is Falling for Innocence (2015).

Our favourite dramas from Jasper Liu is Pleasantly Surprised (2014).