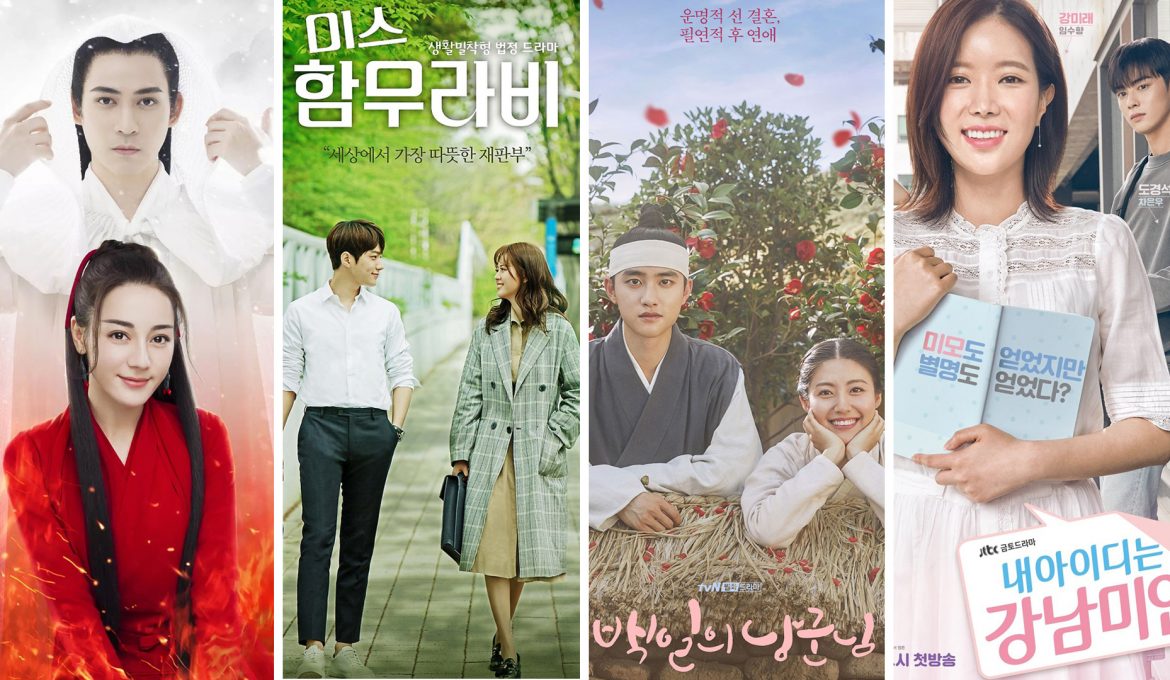 After discovering that there are some pretty awesome Chinese dramas out there that we didn’t realise were out there and are super addictive last year, we started 2018 with watching Chinese dramas. We thought we might have quite a lot of Chinese dramas making it to this year’s favourite dramas list with so many of them appealing to us. It looked promising with great starts. However, it didn’t come to be with half of the Chinese dramas we chose to watch ending up being misses for us.

There weren’t a whole lot of Taiwanese dramas that appealed to us this year. The only one that caught our attention was Between starring Marcus Chang and Esther Yeh. This drama started off pretty decently. We enjoyed the two lead characters and the story was pretty refreshing and interesting for the first handful of episodes. The story then slowly became duller and duller and we lost interest in the drama with the relationship developments of the lead characters becoming uninteresting around the middle point. It seems to be how it is for Taiwanese dramas nowadays. They start out strong, we enjoy it, but then it becomes quite a challenge to finish and we end up dropping it.

Korean dramas fill our favourite dramas list for 2018. There were just soooo many great ones this year and a lot of the dramas we enjoyed were exclusives to DramaFever. DramaFever really had an awesome selection this year! They brought in the drama we had our eyes on and hoped would be made available for us to watch. This drama ended up being our #1 favourite drama for 2018! :oD :oD. DramaFever also had dramas that weren’t on our watchlist and they ended up being favourites as well. Unfortunately, this awesome site with so many awesome dramas is no longer around. (Read our post on DramaFever’s shutdown).

Below, you can find out what drama is our #1 favourite for 2018 as well as other dramas we loved. We have also listed dramas that were a miss for us. And as always, we listed past year dramas we watched and loved! :oD :oD

Read our 100 Days My Prince Recap

Read our My ID is Gangnam Beauty Series Recap

Read our Are You Human Too? Series Recap

#10 The Beauty Inside (Korean Drama)