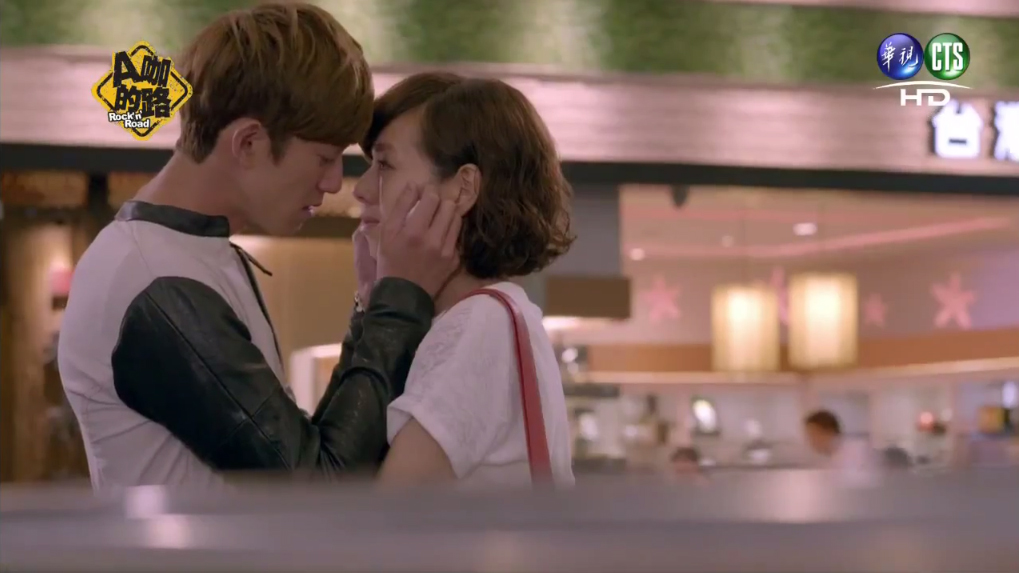 The love triangle is wrapping up in Episode 14. Yang Jia Xin gets another dose of reality of the progress Zhou Shu Yu has made away from her and their past relationship when she sees footage of Lin Wei Zhen and Zhou Shu Yu in yet another private moment captured on camera. Yang Jia Xin becomes hospitalised after—what appears to be—an accidental drug overdose from an emotional meltdown. The end of Yang Jia Xin and Zhou Shu Yu comes when Zhou Shu Yu, responding to Yang Jia Xin‘s question of his reason for coming to her bedside at the hospital, tells Yang Jia Xin he only feels guilt towards the situation that has eventuated in this point in time. With this, the focus moves away from the relationships and back onto the action plot of propelling Lin Wei Zhen to stardom.

While watching this episode, we were thinking that there was not a lot left in the series to resolve: the relationship between Lin Wei Zhen and Zhou Shu Yu is back on course; Yang Jia Xin needs no more proof of Zhou Shu Yu having moved on with any attempt to make Lin Wei Zhen see her inferiority against her star power and value in the entertainment industry fruitless in bringing Zhou Shu Yu back to her side; and Xu Li Da is showing signs of simmering down as he begins to see that his inability to make headway in his career had never been in the actions of Zhou Shu Yu as Zhou Shu Yu reveals to Xu Li Da that he had always purposely lost in the past so Xu Li Da could take centre stage. (Zhou Shu Yu shows him this is true in a coin toss that happens between them. Zhou Shu Yu decides to choose ‘Tails’ this time instead of the ‘Heads’ he had always chosen in all of the coin tosses that Xu Li Da performed in the past, revealing to Xu Li Da Zhou Shu Yu‘s knowledge of the double-sided tails coin that Xu Li Da used—and still uses—to which he calls it his lucky coin).

There is the battle between the entertainment companies that is still bringing in problems and obstacles for the two lead characters. But, as much as we can imagine what problems can come from the battle between the entertainment companies and how these could do well to fill the remaining two episodes in the series, we kept thinking and waiting for an event to pop up that will fill the remaining episodes—because—with the way Rock N’ Road has gone so far, with the steady appearance and resolution of problems, we sensed there had to be one more major event to come.

in this episode Lin Wei Zhen is given a challenge to dive into a swimming pool from a great height. if she succeeds, she receives an opportunity to work with a renowned film director. The only problem is, she doesn’t know how to swim. As usual, Zhou Shu Yu is there to help Lin Wei Zhen do well in this challenge so she can have a good chance at this huge opportunity that could shoot her to stardom. We did not see it coming or expect it to appear and become the next—and most probably final—problem, but this challenge brings in a trope of music series that has the plot take a turn towards serious and troubling!

We are definitely anxious and worried for the characters, but what has eventuated in Episode 14 we thoroughly found to be interesting development and we can’t wait to see what Episode 15 brings!