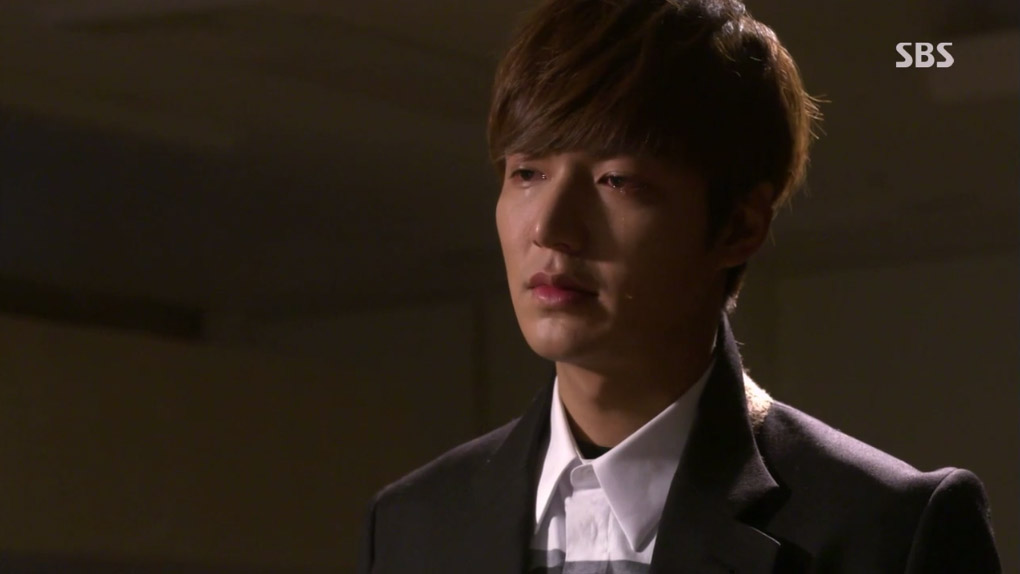 It’s like the calm before the storm. Episode 15 has Kim Tan making quite a bit of progress with his brother, Choi Young Do and Cha Eun Sang. Kim Won acts like a big brother to Kim Tan, showing up at a meeting at school, and show to even care about the fact that Kim Tan is ranked last in his class. When Kim Tan is grounded for having his engagement to Yoo Rachel officially ended (Han Ki Ae actually had Lee Esther end the engagement ended), Choi Young Do helps Kim Tan escape his home. Cha Eun Sang confesses that she has started liking Kim Tan for the first time as well. By episode 16, Kim Tan‘s lost everyone and clutching his chest in pain.

After an article is published about Kim Tan being an illegitimate son, everything starts to fall apart for Kim Tan. No one can touch him at school as he is made a major shareholder of the Jeguk Group by his father in light of the revelation; however, the act of making him a major shareholder has brought back Kim Won‘s insecurities and animosity towards Kim Tan. He again tells Kim Tan to disappear to U.S. despite Kim Tan‘s assurance that he has no interest in taking over his position as president of Jeguk Group. This distrust leads Kim Tan to turn, challenging Kim Won to take away his stake in Jeguk Group and fight for his seat.

To make things harder for Kim Won, a board meeting is held to elect him off as president of Jeguk Group Construction—a position he has been barely holding. His opponent, Yoon Jae Ho. This leads Kim Won to seek out a deal with Kim Tan (as well as Zeus Hotel and Jeong Ji Suk). Kim Tan is promised an apartment of his own from Kim Won, which Kim Tan offers to Cha Eun Sang to stay in light of the situation that is going on at his family home. She accepts it and promises to wait for him to return whilst he attends the board meeting that will decide Kim Won‘s future.

During the short time the board meeting was held, Cha Eun Sang submits to the ultimatum given by Kim Tan‘s father, Kim Nam Yoon and leaves Korea, never to return.

That last scene with Kim Tan clutching his chest as he realises that Cha Eun Sang had left him was heart-wrenching. (Lee Min Ho really did well in this scene. You could really feel his pain.) This is definitely the lowest point in the series now, which means it should be on the up for the remaining episodes. Watching the series as viewers, we think she shouldn’t have left. Kim Tan was doing all of this for her; he needed her especially at this time. To see her leave in the end showed that in the end she didn’t have much faith in him. On the other hand, she believed she was the cause of Kim Tan losing everything he once had: insurance (in the form of Yoo Rachel), his father and his brother, so it was understandable, but poor Kim Tan.

We like to think that Choi Young Do will do something to save this situation for Kim Tan. The situation feels like it is similar to his own situation when his mother left.

One thing that we seemed to have missed is the importance of the fight between Kim Tan and Kim Won. It seems that the Jeguk Group situation is not as simply solved as Kim Tan giving up any stake he has in the company over to Kim Won because if Kim Won were to take over Jeguk Group (as explained by their father), he can ‘go to jail’—whether it is because of the fighting from the extended family or issues within the company, it’s a bit unclear. It seems Kim Tan needs to be in this fight to help Kim Won.

It’ll be interesting to see what the remaining episodes brings. There are a number of possibilities of how this series will end. Exactly how the series will end is not so clear, though. The Heirs is like that: the end result is probably going to be predictable, but how it gets there isn’t always as predictable.