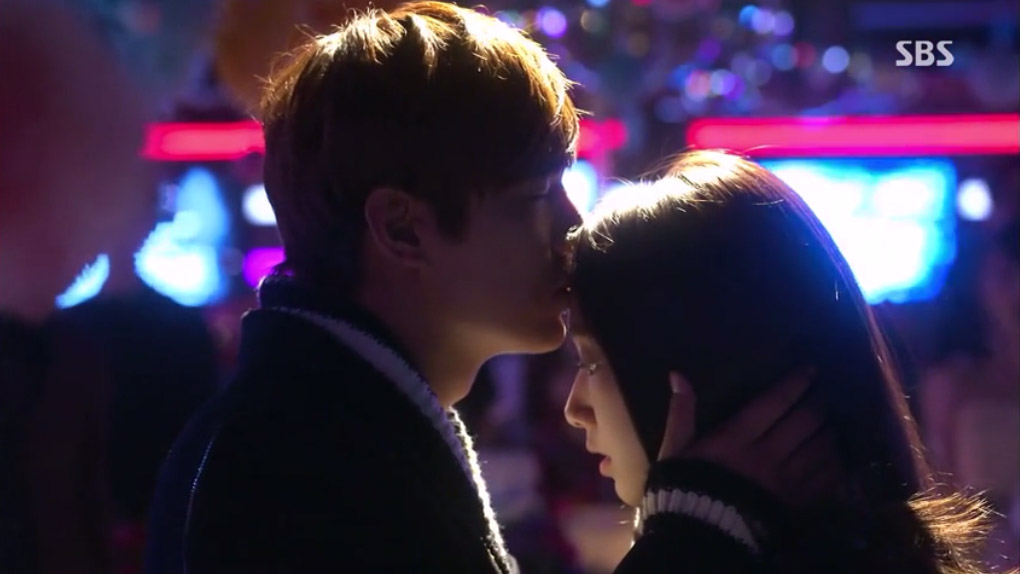 Kim Tan gains Cha Eun Sang; but he’s lost favour with his father and even more so with his brother. After revealing his secret to Lee Esther and Yoo Rachel, Cha Eun Sang gathers courage to show up at school with Kim Tan, hand in hand, and date openly. However, he is kicked out of the house by his father with nothing but the school uniform on his back. Shares meant for Kim Tan‘s 18th birthday is stopped temporarily; and Kim Won prepares for war for the president’s chair of Jeguk Group, firing and reassigning his father’s board members.

Now dating Kim Tan, Cha Eun Sang sets things straight with Choi Young Do, rejecting his feelings straight out. He is heartbroken and threatens to play his last card of broadcasting Kim Tan‘s family background over the school radio. However, he never goes through with it: his attention was not to reveal the secret; it was just another stunt he was pulling to see Cha Eun Sang and have her come to him.

Yoo Rachel, on the other hand, has no intention of keeping anything about Cha Eun Sang a secret. After she finds out that she has been living at Kim Tan‘s family home and is the daughter of a housekeeper, she tricks Choi Young Do into thinking that she had discovered Cha Eun Sang‘s workplace (and implies that she’s there to threaten her). Choi Young Do immediately leaves to meet her, only to find that he had led Yoo Rachel there himself and revealed Cha Eun Sang‘s workplace.

Choi Young Do apologises to Cha Eun Sang about his mistake. She accepts his apology, telling him Yoo Rachel knows a bigger secret than where she works. The situation is taken care of as Cha Eun Sang reveals her identity to everyone at Lee Bo Na and Yoon Chan Young‘s ‘Getting Back Together’ party. (Lee Bo Na and Yoon Chan Young had sort of split up after an incident whereby Lee Bo Na did nothing to stop Yoo Rachel‘s from making Kang Ye Sol sit at the seat reserved for students who transferred on scholarships.) Choi Young Do watches as Kim Tan and Cha Eun Sang introduce themselves to each other again: Kim Tan, the son of a mistress, and Cha Eun Sang, transfer student on a school scholarship and daughter of a housekeeper. Choi Young Do, who had told Cha Eun Sang to call him if Yoo Rachel gives her trouble, loses his last connection to Cha Eun Sang.

It was such a sad but good couple of episodes for Choi Young Do. We wish he didn’t have to be made redundant in the way he was in the story. He couldn’t get Cha Eun Sang‘s attention as a bully and he couldn’t get her attention when he softened up and was being geniunely kindhearted. But it has to be done we suppose since he’s the second male lead… We hope this is not the last we see of him and he still has a significant role to play in the story.

These two episodes were really good with dealing with the Kim Tan–Choi Young Do friendship. We really like how they had Kim Tan and Choi Young Do realise neither were to blame for what happened in the past. In the scene where they were asked to write a 100-page essay about each other—specifically, about what the other did wrong, since they both made a remark about the other being in the wrong—neither wrote a single word down, showing that neither of them believed the other did anything wrong to each other. Kim Tan even felt for Choi Young Do when the school’s headmaster (and Kim Tan‘s registered mother), Jeong Ji Suk, decided to bring in Choi Young Do‘s father after their fight in the broadcasting room, asking Jeong Ji Suk to reconsider bringing Choi Young Do‘s father in. What Kim Tan said—that they had a unique relationship—is true; but they are also really friends it seems. Choi Young Do threatened to reveal Kim Tan‘s secret, but never had the intention to go through with it; and Kim Tan still cares about getting Choi Young Do in trouble with his physically abusive father.

Heading towards the last quarter of the series now. There should be three more weeks to go, if The Heirs is 20 episodes. We’re curious to see what the writers will do with Cha Eun Sang and her mother moving out. They were meant to move out in a month’s time and there were hints in the episode that it is still happening. The series doesn’t look to have reached its peak yet.

So far, The Heirs has done a very good job with setting the story up, logically building and resolving situations. It’s done quite concisely as well. We hope with all the things they need to cover, the characters and relationships they need to give closure to will be dealt with in as well as a manner as they’ve been progressing the story. Looking forward to seeing what’s next.