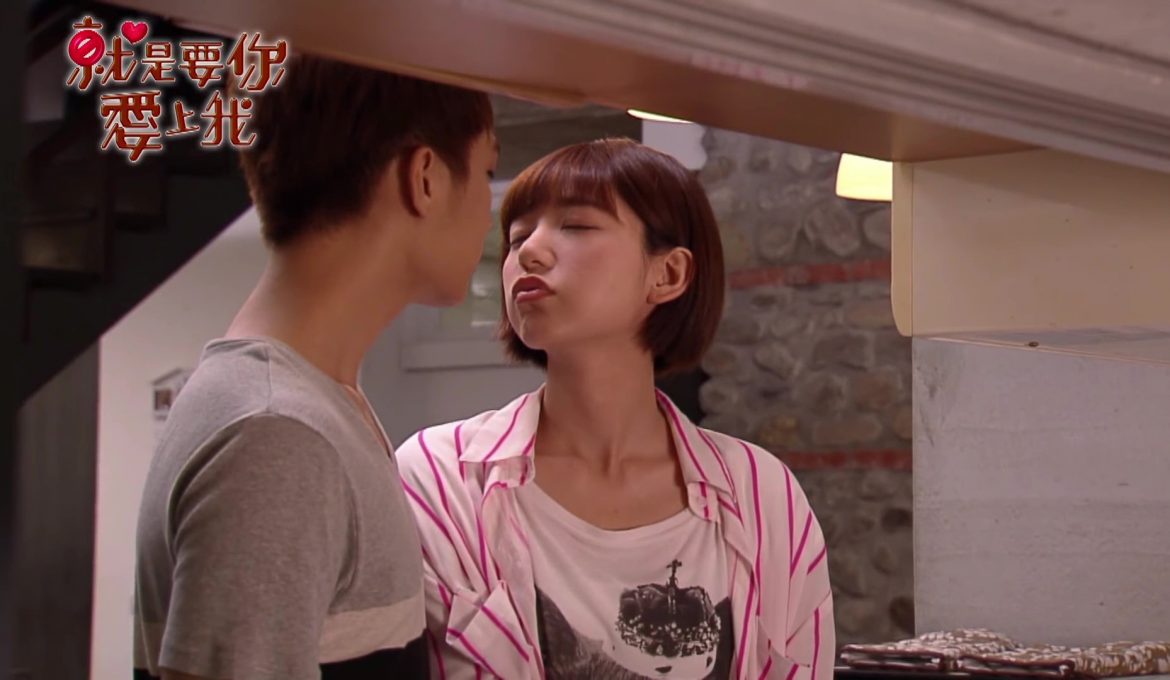 Chen Liang Liang is so honest that she doesn’t even realise how her words sound in people’s ears when she says it! She did it last time when she said that Xiao Yi (Qi Yi) was cute when she heard Qi Yi‘s father tell the story to why Qi Yi doesn’t celebrate his birthdays anymore, not realising that her saying the young Qi Yi was cute also meant she was saying Qi Yi, her boss, was cute! She did it again in this episode. It was pretty fun guessing what was going through Qi Yi‘s mind and what he was feeling the moment he heard those words before hearing the rest of it. We’d like to believe Qi Yi was feeling really happy then disappointed!

Qi Yi teased Chen Liang Liang so much in this episode! And every time she falls for it! We were so embarrassed for Chen Liang Liang during the scene in the kitchen with Qi Yi making dinner for them both when she closed her eyes and puckered her lips up thinking that Qi Yi was going to kiss her, but all he did was leave her hanging and act like he didn’t know what she expected!

The scene that came after it, where Chen Liang Liang comes to the dinner table wearing sunglasses (she was trying to hide herself from Qi Yi), those sunglasses, they’re originally Qi Yi‘s!—well, at least we think so! They look like the same pair as the one that was in one of the intermission reels!—the one where Qi Yi and Chen Liang Liang fought to get out the door first, but both couldn’t fit through. And with frustration, Qi Yi puts too much strength in taking his sunglasses off and it lands on the floor on Chen Liang Liang‘s side of the house, to which both eye for with Chen Liang Liang getting to it first! Maybe? Maybe not? Regardless, that scene was awesome, especially with the gift that Chen Liang Liang received from Qi Yi in that scene!! Awesome and extremely awe-worthy!

Towards the middle of the episode, it seems Chen Liang Liang didn’t feel embarrassed anymore and seemed quite comfortable appearing flighty and smitten before him, like during the part where Chen Liang Liang talks about her Season of Love idea during an office meeting and her gaze was on him as she spoke and was in that state!

This episode definitely had a lot of Chen Liang Liang and Qi Yi goodness! LOVE!