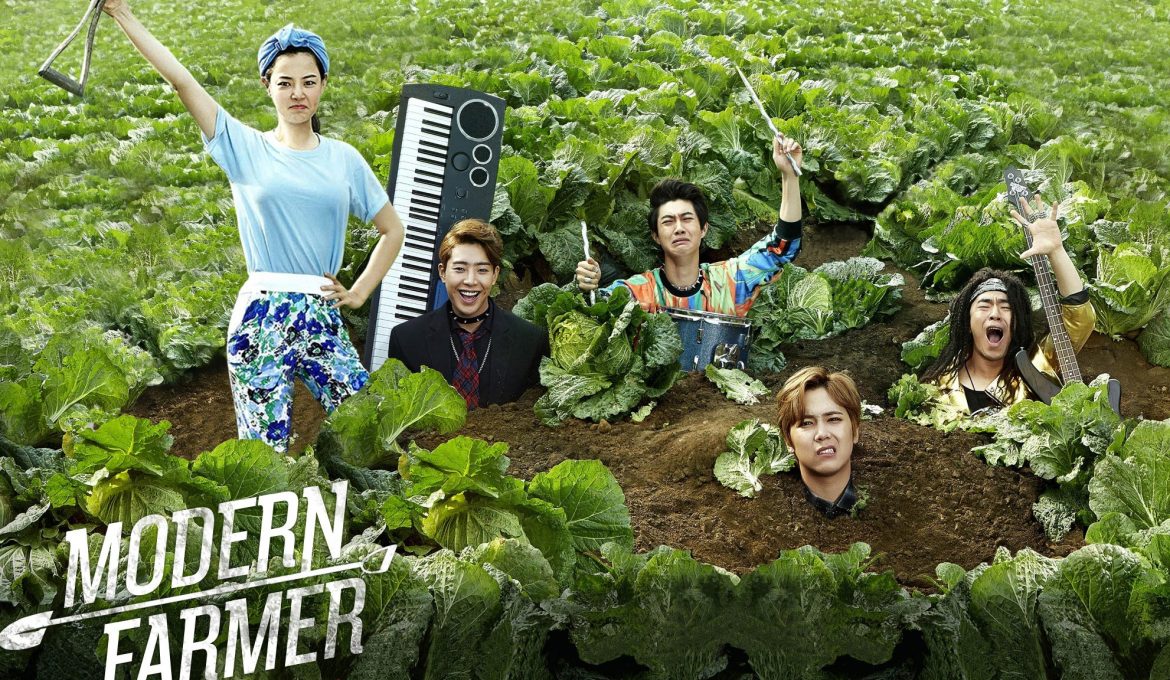 We’ve been enjoying this comedy series throughout the 11 weeks of its airing. It’s full antics that can sometimes get quite ridiculous and low brow, but once we got used to it they have been quite funny. We feel the comedy is what Modern Farmer was about rather than the main story of Lee Min Ki (Lee Hong Ki) and his three friends wishing to return back to the stardom to which was the reason why Lee Min Ki and his friend first moved to the country to grow cabbages for. And it is the comedy in the series that got us to complete the series.

What made each episode entertaining and funny is the repetition of character quirks and events: Grandpa’s smooth and tasty almonds that all new visitors compliment only to find out that it has been pre-eatened; Lee Il Hwa‘s sensitivity to criticism and her terrible creativity in cooking; and Yoo Mi Young and Park Sang Deuk getting showered by urine every time they hide as well as Yoo Mi Young only ever appearing when Park Sang Deuk takes a leak.

There were also references to other series and a film. This was very nice to see. We’re sure there were a few in there that we aren’t aware of, but the one recognised and liked was the reference to the 2014 Korean drama, Inspiring Generation. This one was referenced in the scenes between Bul Ja and Han Ki Joon. The actor of Han Ki Joon, Kwak Dong Yeon, actually had the role of the young Shin Jung Tae that Kim Hyun Joong played in Inspiring Generation, so this was what made it particularly cool to see!

Though we would have liked to see Lee Min Ki and his three friends reach their goal of regaining their former star status by producing a successful album, the ending was very fitting and even sees Lee Min Ki continue to shoot for the stars as he comes up with a new way to earn money to produce another album.