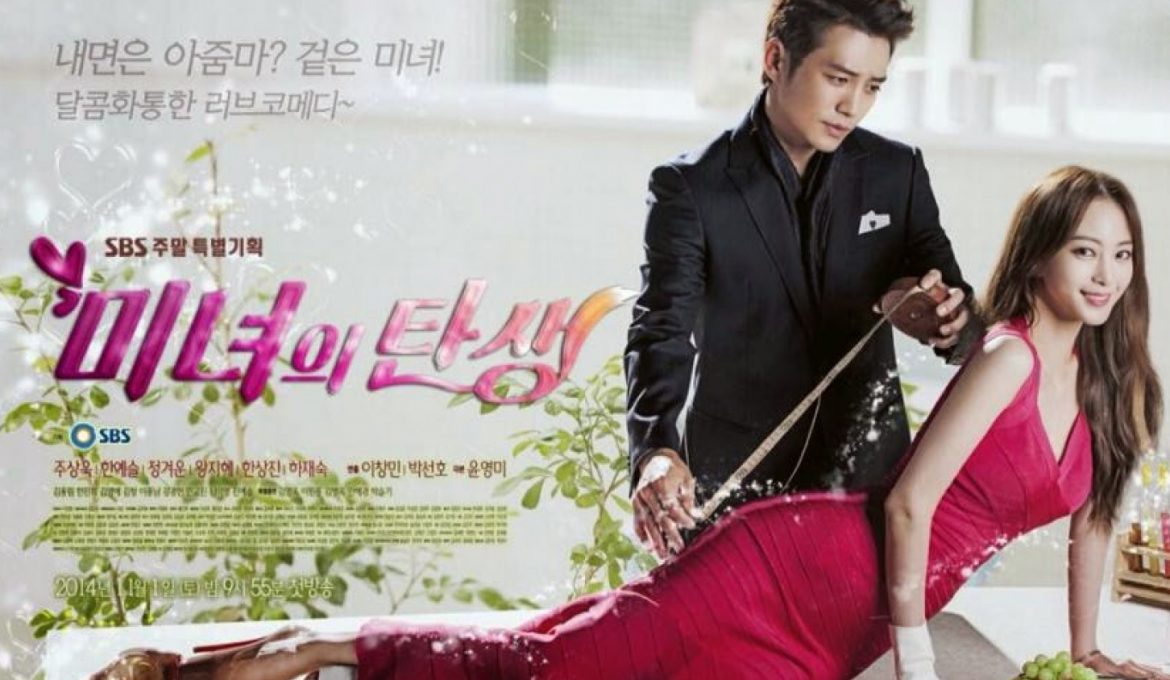 When we first came across Korean series, Birth of a Beauty, and read the synopsis saying that it was about an overweight woman who turns into a beauty through plastic surgery, we thought it was going to be a light and fluffy kind of a series where the girl is finally able to turn heads with her new attractive look and make the guy that didn’t find her attractive before fall for her. The series started off feeling like that: the opening scenes showed the main character, Sara (Han Ye Seul), strutting her stuff in a red dress with pop soundtrack playing in the background as men and women young and old turn their heads towards this perfect woman (it looked like a k-pop music video was on the screen). But by the end of the 1st episode, the story of Sa Geum Ran (Ha Jae Sook) and how she becomes Sara comes in and we see the series have a more serious plot.

We enjoyed this series a lot. It’s got a bit of everything that we like: romance, comedy, spy action, hidden identities and power struggle between heirs of a large conglomerate. There were also a lot of antagonistic characters that made the conflict in the story frustratingly good to chase down.

Our favourite scenes from the series are definitely all the scenes with the main characters, Sara and Han Tae Hee (Joo Sang Wook). They are very funny together, their sweet moments are truly sweet and we love the ‘ajumma-genius’ partnership in spying and bringing justice to evil doers. They were invincible when they were together.

Gyo Chae Yeon (Wang Ji Hye) was a very frustrating character. She was the character who pulled all the strings, scheming and controlling everything and everyone with her knowledge of Sara‘s secret identity that only she knew. She used it to gain things and people that was not hers. It was satisfying to finally see Gyo Chae Yeon out of cards to play and become worried about her secrets being revealed to the nation.

We had initially passed up on this series when it first became available to watch, but we’re so glad we decided to watch this good series eventually. We’re actually glad we didn’t watch Birth of a Beauty as it aired and decided to watch it when almost all the episodes were released. We don’t know if we could have waited for the episodes to release each week.

Great story; love the main characters; awesome soundtrack; great plotting; and it has an interesting topic about plastic surgery and message about confidence in the self. A recommended watch!