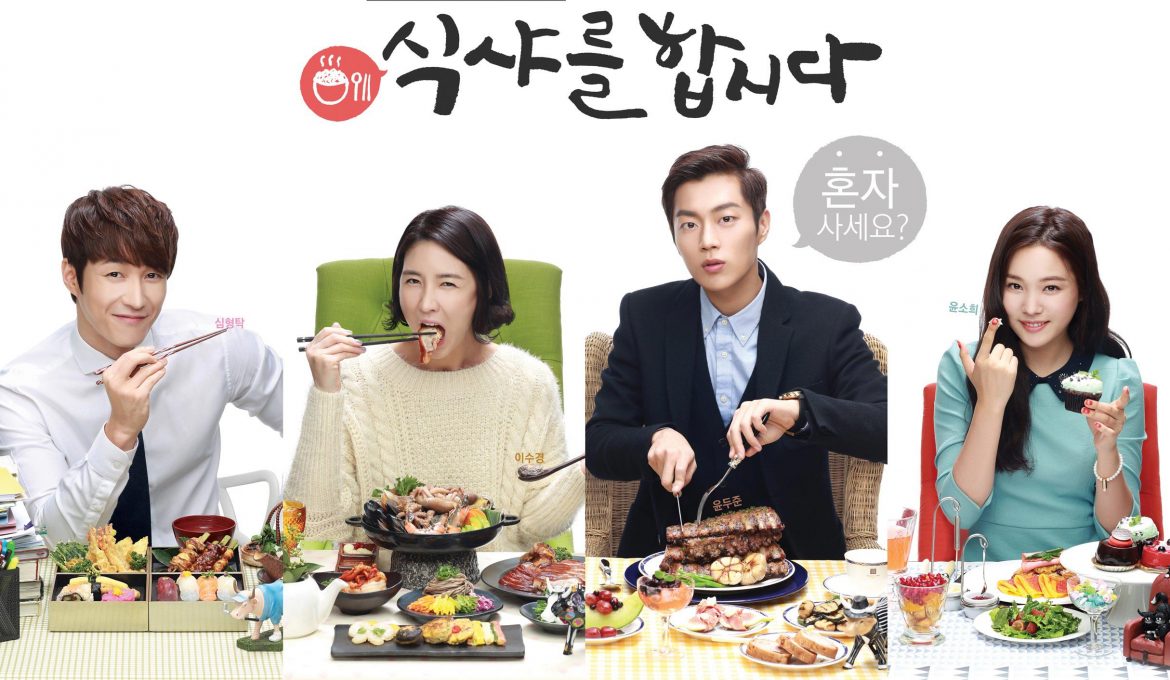 Let’s Eat was slow at the beginning. Were it not for the food, it would have been a little more difficult to continue, but we’re glad we continued watching it because it became quite a charming series to watch.

The main plot of the series is following the characters eating out and talking and thinking about food. If not seeing them dining out then it’s scenes at the lawyer firm that Lee Soo Kyung (Lee Soo Kyung) works at or in the apartments of Lee Soo Kyung, Goo Dae Young (Yoon Doo Joon) and Yoon Jin Yi (Yoon So Hee) which eventually leads to eating out.

The secondary plot that gives the story a bit of mystery is the murder that occurred in the neighbourhood of where the main characters live and the mysterious character that hangs around Yoon Jin Yi. However, these are rather in the background and does not come into the main plot/impact the characters too much.

The story is simple and down to earth. This is what makes this series so charming. There aren’t characters with weighty backstories or baggage. There are simply quirky characters in ordinary situations interacting with each other and discussing about food. With just those things, the series is still able to flow and bring in interesting scenes and character interactions that held our attention.

Those voyeuristic scenes of the characters eating at the beginning that was hard to watch became quite entertaining as they came to show characters enjoying and appreciating the taste of their dishes. It was interesting to see each character having their individual way of eating, their unique reactions to the taste of their dishes and their nods of approval and giddy happiness eating.

The soundtrack that accompanied the eating sessions is rather cute, too. It reminds us of those from ‘Design Your Restaurant’ social network games and it created an atmosphere resembling those games.

The delicious food that featured throughout the series was what kept us watching during the early episodes when we couldn’t find anything to hold our attention, but by Episode 8 the characters started to come alive and shine and we found ourselves enjoying the quirky characters, their personalities and their interactions with each other. The end episodes, the plot involving the mystery character around Yoon Jin Yi and Yoon Jin Yi’s reaction to Lee Soo Kyung and Goo Dae Young, was simply handled and we felt it was too quickly resolved. Nevertheless, we thoroughly enjoyed Let’s Eat. We recommend watching this light and quirky series.