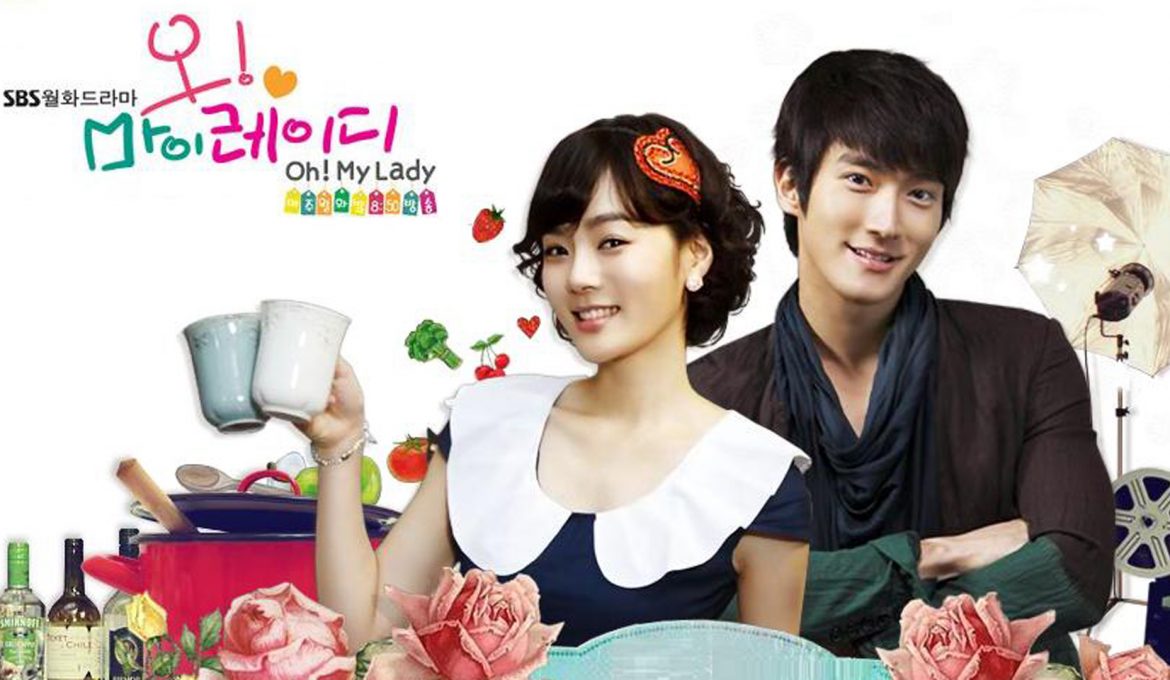 The story follows Yoon Gae Hwa (Park Chae Rim), a 30-something divorced, but loving and hardworking mother going from temp job to temp job who chances upon an out of this world opportunity of being the housekeeper for a top idol star, Sung Min Woo (Choi Si Won). Sung Min Woo is known for his player and scandalous image. The past comes into the present for Sung Min Woo and Yoon Gae Hwa becomes responsible to help hide this secret that could shatter the superstardom life Sung Min Woo has been so comfortable leading.

The characters surrounding the main characters of Yoon Gae Hwa and Sung Min Woo are the harmless best friends who is either out of the loop to their friend’s going-ons or one that is in the loop and is supportive and very good at keeping secrets. There are also those who interfere and disturb the barely-working-and-comfortable relationship between Yoon Gae Hwa and Sung Min Woo like Hong Yoo Ra (Park Han Byul).

Hong Yoo Ra is the girl that Sung Min Woo has been head over heels for since childhood and she is the typical female love rival to Yoon Gae Hwa that makes everything interesting because she is the opposite of the plain, regular, hardworking and nurturing personality of Yoon Gae Hwa: Hong Yoo Ra is the definition of the ideal woman— beautiful and lady-like on the outside; however, she is self-centred, coy and high-maintenance.

With a story set in a celebrity world, there’s also the tabloid reporter who camps out and spies on the star, trying to throw private matters into the public arena. The one in Oh! My Lady is not very intelligent who has a hand on the story, but never truly gets it. For the majority of the time, he is frustrating. There was one time where his appearance was good since we know from past situations that wherever he is trying to get the scoop the event never happens.

The writing is also fun and playful. Situations and moments that happen in the series, particularly with situations concerning the relationship between Yoon Gae Hwa and Sung Min Woo, we’re given what we want to happen from a romance-comedy and celebrity/regular person story and it always come in a pleasantly unpredictable manner. We get led to believe an event or moment would happen, but that event doesn’t come and instead another event takes place and we are left to think the moment has passed; however, it does eventuate. It always comes as we expect it to happen or better than we expected. This playful writing makes Oh! My Lady extremely satisfying and exciting to watch.

We had chosen to watch Oh! My Lady firstly because we enjoy celebrity/regular person storylines, but we also chose to watch it for Park Chae Rim and Choi Si Won. Park Chae Rim starred in one of our favourite Korean drama series, the 2000 romance drama series, All About Eve; and Choi Si Won—we’re sure every Asian entertainment follower knows where Choi Si Won is from—he’s a member of the super popular idol boy group, Super Junior. We don’t follow too much of Choi Si Won as a member of Super Junior, but we follow him in his acting projects. We’ve seen Choi Si Won in Skip Beat! (2009 Taiwanese drama) and King of Dramas (2012 Korean drama).

We enjoyed both Park Chae Rim and Choi Si Won in this series. Our favourite scene of Park Chae Rim in this series was the one where her character is driving and singing one of the series OSTs, Your Doll (그대인형) by Sunny (SNSD), in a ridiculous way to cheer up Sung Min Woo. And Choi Si Won, there isn’t a particular scene that stood out for us. It’s the character, Sung Min Woo, that he plays and his portrayal of the character that we like.

Oh! My Lady had us tuned in from episode one to the end. By the last few episodes, our eyes were glued to every word (reading the subtitles) and reading them all slowly to get it all in because we could not miss one word. If we missed what they were saying, we’d go back to catch it again. This was a very, very good watch and we’d recommend watching this one for those who like celebrity/regular person storylines with good comedy and a story that gives you want you expect and want from a romance-comedy.