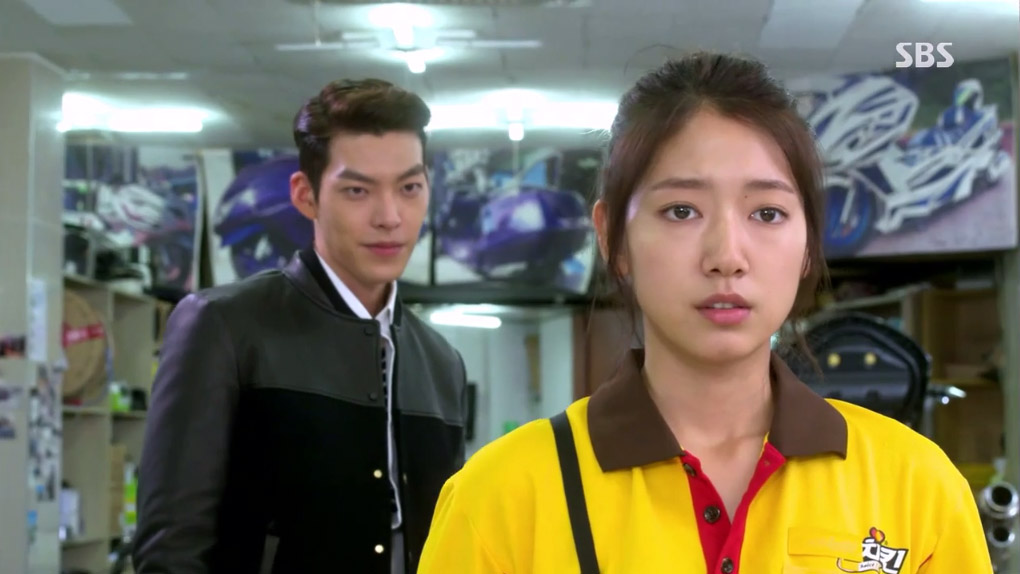 Fully in high school, we get to see who’s at the top and who’s at the bottom. People who are at the bottom, people like Cha Eun Sang who gained entrance into the school through the school’s scholarship programme, are tormented by the rich kids—specifically Choi Young Do and his gang. It was revealed that Kim Tan was part of Choi Young Do‘s group who tormented such kids. No wonder in the early episodes everyone Kim Tan meets that he doesn’t recognise, he’ll always ask if they are one of the kids he bullied. What a contrast his past self is to his current self that’s friendly and approachable, sometimes compliant (especially around his older half-brother).

There seems to be a territorial fight going on between Kim Tan and Choi Young Do in high school (guess we’ll have to wait to see what the deal is between the two guys) and maybe Cha Eun Sang. We can’t tell at this point if Choi Young Do interest in her is like a cat is in a mouse (just enjoys playing and torturing) or like a boy is to a girl on the playground where he bullies the girl because he likes her, or it’s because he knows Kim Tan is interested in her so he’s targeting her. Whatever it may be, Cha Eun Sang is in the thick of it now!

Over in Jeguk Empire Group, more tension. Kim Nam Yoon decides to introduce his second son, Kim Tan, to the board of directors, which Kim Won wasn’t at all happy about.

The series is simmering along. It’s not gripping tightly to our attention at the moment, but there is just enough in the series to keep us watching. We want to know what had happened between Kim Tan Choi and Young Do as well as a little more of Kim Tan‘s background before he left to the U.S. Cha Eun Sang and Choi Young Do is an interesting relationship. Choi Young Do is not a character we should be interested in following (he’s the tormentor of the less fortunate after all), but we actually find him more interesting than the male lead character, Kim Tan, at the moment.