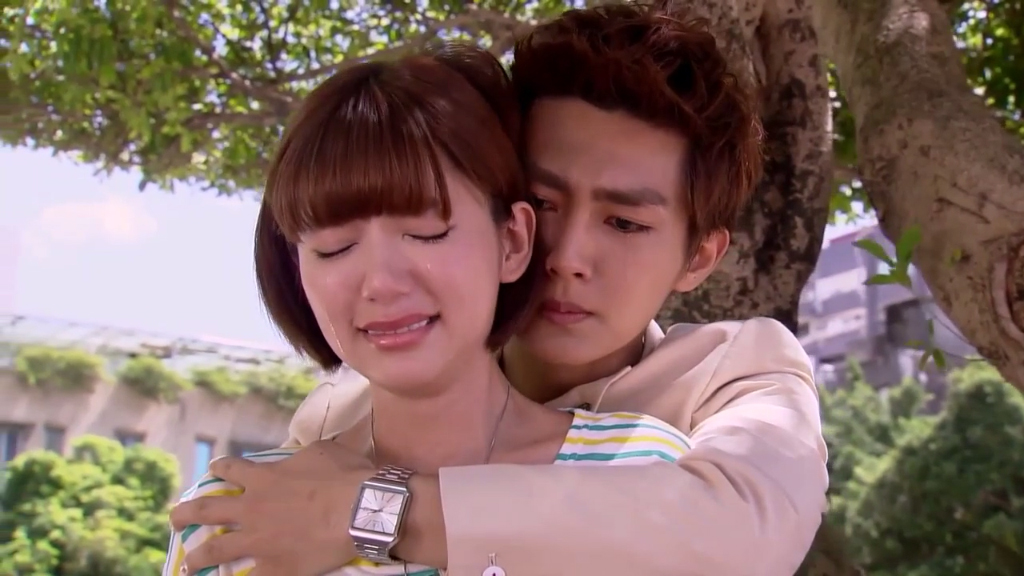 In this episode Qi Yi gets a taste of what it’s like to lose Chen Liang Liang when she goes missing.

Before this event happens though, Qi Yi is seen trying to be loving around Chen Liang Liang even when she distances herself from him. After Chen Liang Liang‘s constant lack of reciprocation, Qi Yi becomes frustrated. He barks at her to look at him and gets her to confirm again that she only wants to see him as her boss. We like what Chen Liang Liang responded with (it wasn’t evasive and very factual)—she said, “I can only do that.” Even till now, Qi Yi still hasn’t figured out how to handle Ding Jia Yu and Ding Jia Yu is watching Chen Liang Liang‘s actions like a hawk.

Jerry kidnaps Chen Liang Liang. However, it’s more like a meeting since Jerry brings her to a luxurious hotel and she is not forced to do anything. They even have breakfast together. During this time, we finally get to hear what really happened three years ago. The loose ends of Ding Jia Yu being in England and Jerry‘s relationship to Ding Jia Yu is all explained here. Ding Jia Yu left because she didn’t want to be tied down by Qi Yi‘s love, not because Jerry threatened her. So, Ding Jia Yu is nothing more than just a self-serving person who didn’t have anyone’s interest in mind but her own.

Meanwhile, Qi Yi is in a raging fit when he finds that Chen Liang Liang is missing and immediately seeks Ding Jia Yu for answers, but this time, Ding Jia Yu had no hand in it. When Ding Jia Yu tries to tell this to Qi Yi again in his office, she gets thrown out and he slams the door behind her. (When Qi Yi—or rather—Aaron Yan slammed that door, we thought something must have split with the force he put into the slam. It did look quite strong!)

Chen Liang Liang, she appears the next day in front of Qi Yi and Dean (both were about to search for her again)—perfectly fine and cheerful. Qi Yi, who has a fist to Jerry‘s face, goes to her and hugs her rather tightly—so much so, Qi Yi was told he was doing so. (Jerry and Chen Liang Liang arrived separately. We guess Jerry must have released Chen Liang Liang some time ago, after breakfast we presume, since after the hug Qi Yi asked Chen Liang Liang where she went and she said she went to get him some breakfast).

We’re thinking there’s still the business side of things—something to do with Qi Yi‘s company, GAZE, that Qi Yi has to sort out (they brought it up in this episode). Other than that, it’s looking good for Qi Yi and Chen Liang Liang!