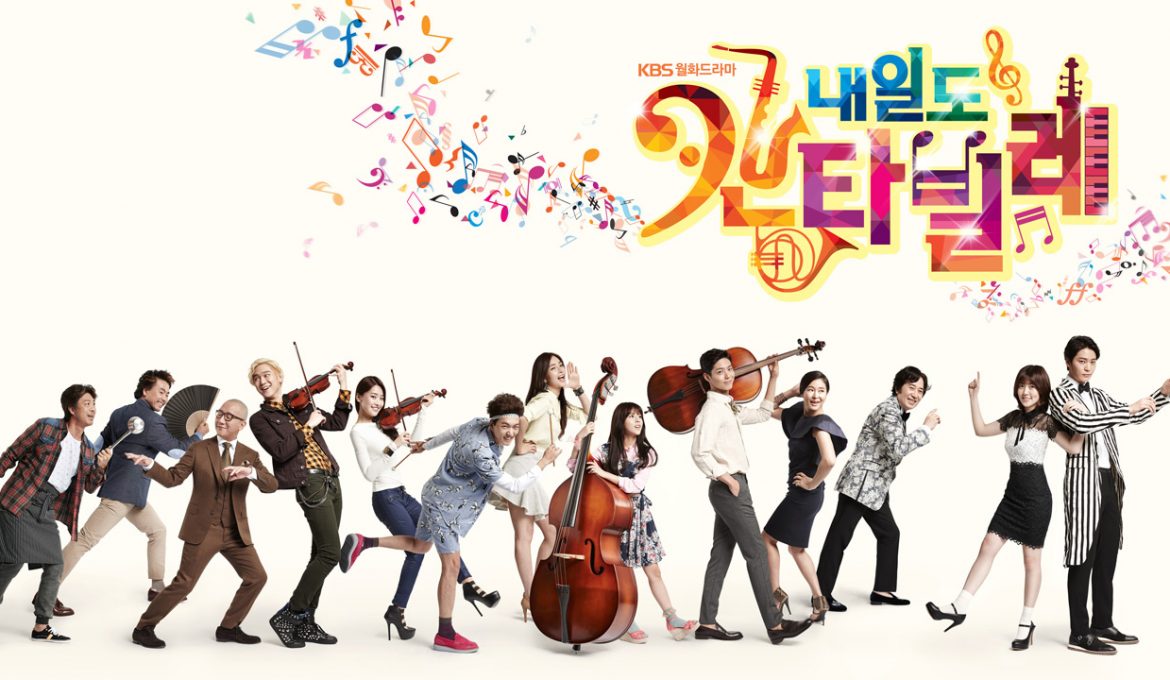 There was quite a bit of changes—at least from the live-action Nodame Cantabile we watched. A few characters were added to include relationship arcs: the love triangle between Cha Yoo Jin (Joo Won), Seol Nae Il (Shim Eun Kyung) and Lee Yoon Hoo (Park Bo Gum); the relationship between Cha Yoo Jin (Joo Won) and his father; and the relationship between Franz Streseman (Baek Yoon Sik) and Song Mi Na (Ye Ji Won). We’re not sure if it was necessary for all these relationships to feature in the series because they really didn’t do much to add to the story which is supposed to focus on the rise of the ‘leftovers’ (as the Korean series calls the underachieving student musicians), Seol Nae Il/Noda ‘Nodame’ Megume S-Orchestra/S-Oke as well as Cha Yoo Jin/Chiaki Shinichi as a conductor.

The heavier focus on the relationship arcs took away focus on the music and character growth. In Nodame Cantabile, there was a lot of focus on the music pieces and the growth Noda Megumi (Ueno Juri) as a pianist. The Korean version doesn’t manage to draw us into the world of classical music like the Japanese version did, which is a shame. The music was what was great about the story. It was also a shame that we didn’t get to see more of Seol Nae Il‘s struggle to catch up to Cha Yoo Jin and then her rise towards becoming a more serious pianist.

Despite the numerous changes from the live-action Nodame Cantabile, we did enjoy all 16 episode (the first half more than the second half, though). We liked the characterisation of Cha Yoo Jin and Seol Nae Il. Seol Nae Il is not as captivating of a character as Noda Megumi, but she is all the same likable. Cha Yoo Jin feels like Chiaki Shinichi, but he’s not as sure of himself or as cold, as well, he does not possess abandonment issues which Chiaki Shinichi has, and as a result, Cha Yoo Jin is more approachable and more likable.

Naeil’s Cantabile did very well with the casting. Joo Won and Shim Eun Kyung were great choices for playing the Korean counterparts of the characters. They were perfect. We can’t imagine anyone else playing Cha Yoo Jin and Shim Eun Kyung.

Naeil’s Cantabile is not as good as Nodame Cantabile, but this is one of the first Korean adaptations we managed to finish and weren’t disappointed by (greatly thanks to Joo Won portraying Cha Yoo Jin and Shim Eun Kyung as Seol Nae Il). We only wish that the Korean adaptation featured more of Seol Nae Il and her growth as a pianist: this is what made Nodame Cantabile great to watch, as well, bring out the same kind of grand feel in classical music that the Japanese live-action did.

If you liked Naeil’s Cantabile, watch the Japanese live-action, Nodame Cantabile. The Japanese version has 11 episodes, two special episodes and a movie which sees Nodame (Seol Nae Il) and Chiaki Shinichi (Cha Yoo Jin) start as music students and progress towards performing on the international stages in Europe separate and finally together. Ueno Juri who plays Nodame is amazing.