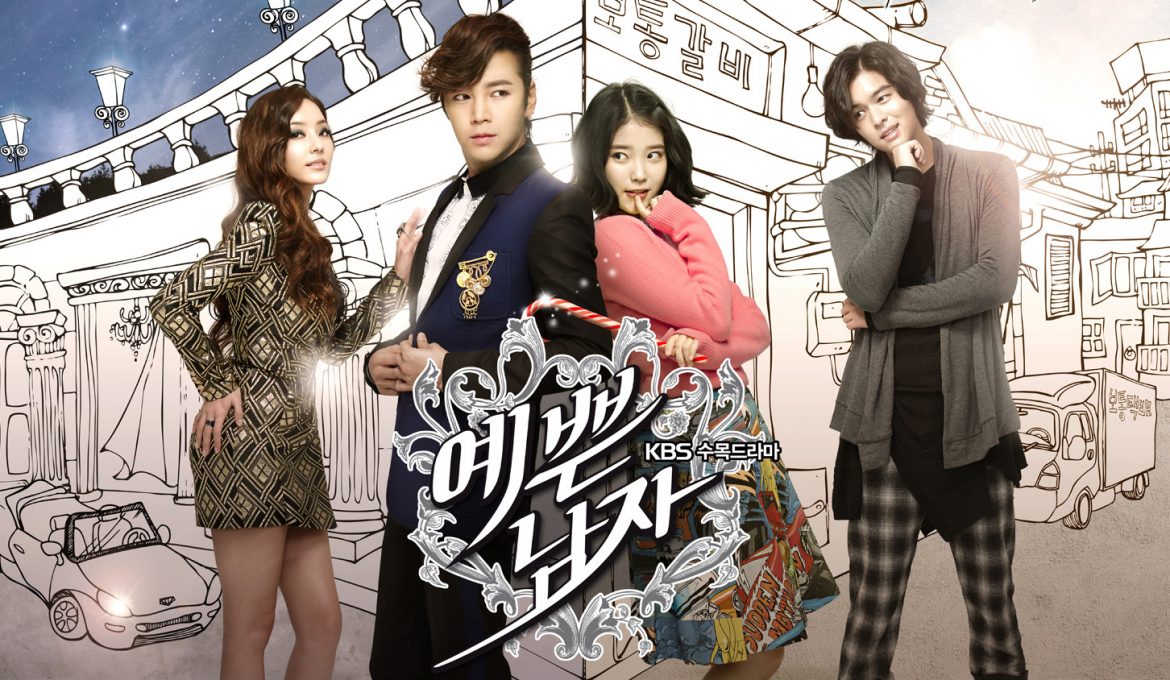 Bel Ami did catch our attention. It has a simple storyline with fun main characters. This series is based on the Korean comic, Yebbeun Namja, and the story follows Dokgo Ma Te (Jang Geun Suk)—a man with a beautiful face who owns nothing, but lives in luxury through his ability to attract rich and powerful women with his beautiful face. He gets entangled with the messy affairs of the powerful and wealthy conglomerate, MG Group, when ex-daughter-in-law of the MG Chairman approaches Dokgo Ma Te and tells him he is MG Chairman’s illegitimate son.

The character that Jang Geun Suk plays in Bel Ami is a pretty boy. Initially, he is full of himself and not at all ashamed to draw attention to his beautiful face to get what he wants. In fact, he uses it confidently to have people do things for him and have people give things to him. Slowly, though, he begins to gain things with his skills and hard work and not solely with his appearance.

Jang Geun Suk’s character in Bel Ami is fun and loveable. The other main characters are also fun and lovable. Choi David (Lee Jang Woo), the love rival to Dokgo Ma Te, is particularly lovable with his laughter quite infectious! They are what make Bel Ami so enjoyable to watch. In addition, the love triangle between Dokgo Ma Te, Kim Bo Tong (IU) and Choi David, is refreshing: the other guy, Choi David, is given time to shine and even at times looking more impressive than Dokgo Ma Te.

Though we found Bel Ami a joy, it wasn’t a series that did well in the ratings. It’s another series of Jang Geun Suk’s that didn’t do well at all. By the end of its run, it had an average rating of 3.8%. That’s really low. We didn’t expect a story like Bel Ami to get really high ratings or end up being a high-rated series, though: it had a simple storyline and it was not very gripping or dramatic. Bel Ami also had some problems: the conclusion came about quite ungracefully and the antagonist that was put through as quite a force to be reckon with was not much of a force to be reckon with. This point was told to us rather than shown as well. It couldn’t at all rival against the more popular, gripping and dramatic series, The Heirs, which was on the same timeslot and had a star-studded cast of: Lee Min Ho; former co-star of You’re Beautiful, Park Shin Hye; Kim Woo Bin; Kang Min Hyuk of CNBlue; Krystal of f(x); and Choi Jin Hyuk. We felt these two series had many similar elements, but Bel Ami was no match for The Heirs which became number 1 in its timeslot.

We have a good opinion of Bel Ami even though it didn’t do so well. The character that Jang Geun Suk played was good. However, we believe Jang Geun Suk has the acting skills to be in a series much more serious than Bel Ami and playing a character that is much, much more complex than those that he has played so far. The character that he played in You’re Beautiful, Hwang Tae Kyung, was definitely memorable and we thought that the character was meant to be written for him to play. The character he played in Hong Gil Dong, Prince Chang Hwi, was another great one. Prince Chang Hwi was quite complex and captivating. But, we want to see him play a character much more memorable than Hwang Tae Kyung and much more complex than Prince Chang Hwi. We also want to see him cast in a well-written and well-plotted series. His acting is intriguing to watch and we wish to see him do more projects that will allow him to show off the great acting ability we believe he has.