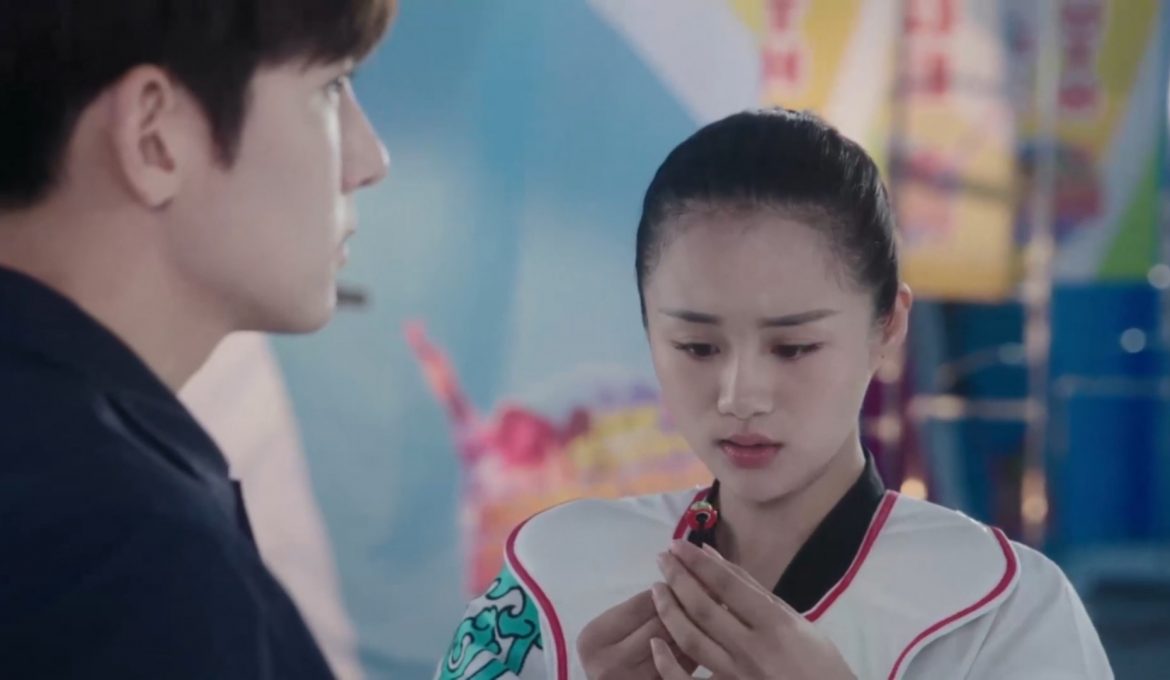 Qi Bai Cao struggles to fight in the competition well when she loses the very important hairpin that Ruo Bai gave her. It has Chang An go around town looking for a duplicate. He manages to find one after saving a schoolgirl from being run over by a car. Chang An returns back to the competition with the hairpin he obtained from the schoolgirl. It gets Qi Bai Cao through to winning the competition.

Qi Bai Cao finds out the hairpin Chang An had isn’t the one Ruo Bai gave her after the competition and becomes upset Chang An lied and for saying that Ruo Bai is dead when she insists he isn’t.

Qi Bai Cao searches for the hairpin in all the places she and Chang An visited when they first arrived in Japan. After heading to a temple and placing a wish on the temple wall for Rou Bai to come back, she spots a dog with the hairpin in its mouth. The dog leads her to a location where she looks onto the back of a person who looks to be Chang An.

When the hairpin was missing from Qi Bai Cao’s hair, we thought it was just a continuity error; so, we didn’t think much of it. But, it’s so important to her that we wonder why Qi Bai Cao didn’t notice it was gone. We noticed it was missing from her hair when she and Chang An was in the street markets. We think it was right after Chang An caught her when she was unsteady from the fight over who would carry the backpack.

The end scene of this episode where Qi Bai Cao gets led to where Chang An was (his face wasn’t revealed, but we’re sure it’s Chang An judging by the clothes on him and the leather jacket he’s holding), it felt like it was signifying something like Ruo Bai wanting Qi Bai Cao to move on from him and go to Chang An. If not that, then it’s saying Chang An is the new Ruo Bai for Qi Bai Cao. Whatever it is, it’s all good!

It feels like Qi Bai Cao is going to come to terms with the fact that Ruo Bai is gone soon. We hope that it’s going to be very soon! We can’t have Chang An have a one-sided love! It must be reciprocated and hopefully very very soon! :oD :oD.

We’ve been wondering who this Ruo Bai is that Qi Bai Cao respects and likes so much. We went and searched up on the first installment of Whirlwind Girl series and here’s a picture of Ruo Bai. He’s played by Yang Yang. We recognise him from The Four (2015 Mainland Chinese Drama) as 2nd male lead character, Heartless! He’s also in the popular 2016 Mainland Chinese Drama, Love O2O where he played the male lead character, Xiao Nai. Now we understand. It’s no wonder Qi Bai Cao can’t forget Ruo Bai. He’s played by Yang Yang! :oP :oP. Haha. Chang An doesn’t pale in comparison, though! Chang An is played by Ji Chang Wook who played the awesome character, Healer, in Healer—enough said.