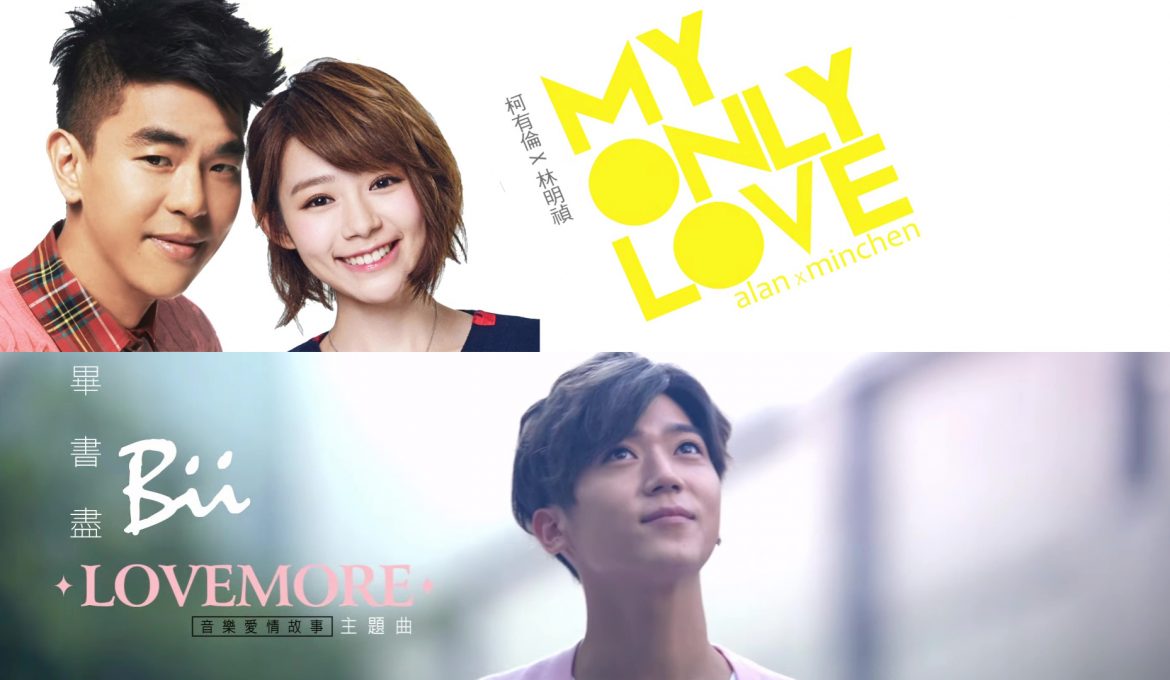 Below are two main themes from two separate dramas Love Cuisine and Love at Seventeen. The one from Love Cuisine is “Love More” by Bii; the second is “My Only Love” by Alan Kuo ft. Min Chen Lin. These two songs we found have a number of things in common we found. First, they’re songs from dramas featuring Lego Li as the leading man. Second, we really like listening to them. We find ourselves singing these songs whenever one or the other come on.

We didn’t really grasped how similar the opening and parts of the chorus actually were until we decided to compared the two songs. The parts we mentioned we always get mixed up with are actually exactly the same! The only difference is that the opening for Bii’s Love More starts off at a different key to Alan Kuo ft. Min Chen Lin’s My Only Love. (After the opening and after the chorus of the two songs, it is different though.)

Have a listen! Isn’t it amazing how similar the songs’ opening and choruses are? Doesn’t matter though, both are very catchy and we love them both… we just love “My Only Love” a bit more. : oD : oD. We love Alan Kuo’s deep, rock-style voice and Lin Min Chen entering in the second part of the song.

My Only Love by Alan Kuo ft. Lin Min Chen