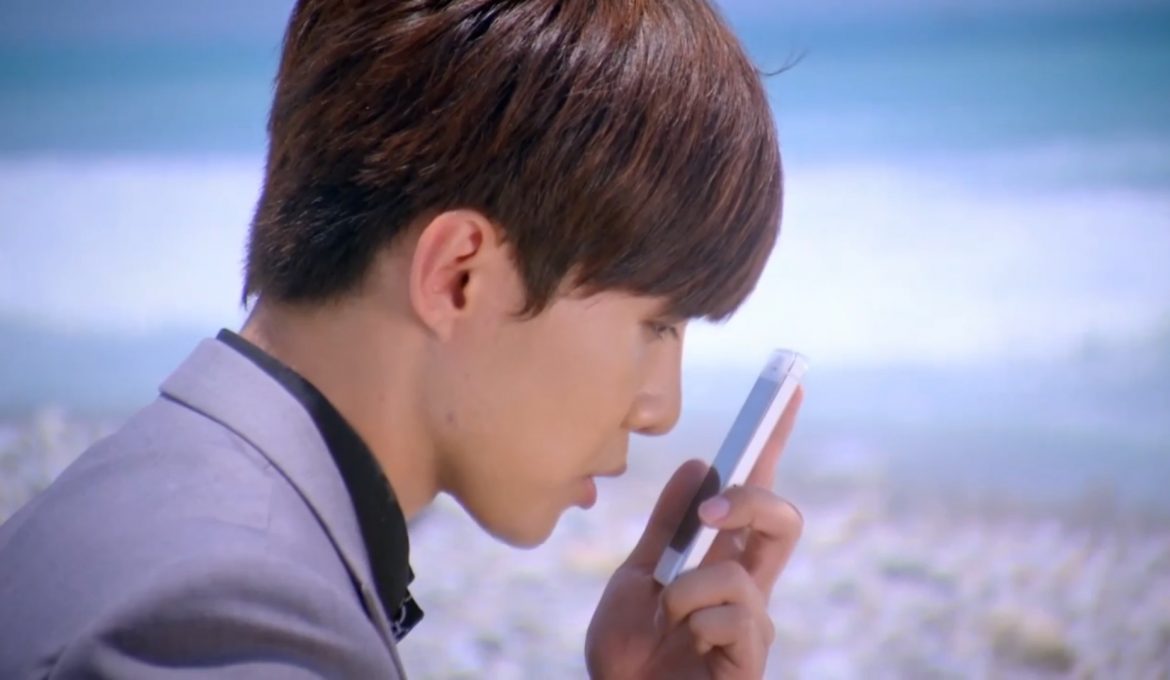 We think things will go a certain way but it never ends up going that way. The episode swats away all our guesses: the business trip we guessed might be the start of the problems for Ji Jia Wei, Guan Xiao Tong and He Zhi Yu ended with little drama.

Episode 11 begins with Guan Xiao Tong waiting for Ji Jia Wei to call or text with a whole day passing by without any Ji Jia Wei in the picture. Then there’s a post from He Zhi Yu talking about meeting an old friend and finally having those she miss all by her side now on her social network profile. It’s looking a bit suspicious now. Guan Xiao Tong begins to worry, imagining the two cooking together and being in close contact, like how Ji Jia Wei was with her when they were cooking together, embracing her from the back and helping to cut vegetables. It makes her worried enough to think about calling (check up on) Ji Jia Wei, but she stops herself and tells her to trust him. Cut to Ji Jia Wei‘s side, the situation is definitely not what Guan Xiao Tong is imagining and he deserves her trust because it’s all work, preparing proposals and meeting clients. He’s been so busy, he forgot to call Guan Xiao Tong. The reason he’s been so busy? He’s jammed the one-week schedule into four days so he can return to her!

So, no big drama with the business trip. Guan Xiao Tong and Ji Jia Wei are 100% truthful and committed to each other. No lies, no lying about meeting the exes. For fear that Ji Jia Wei would come leave his work responsibilities, Guan Xiao Tong‘s did hold off in telling Ji Jia Wei she met Du Kai Wen, but told him pretty much right after he returned. The only drama that came from the business trip is between Ji Jia Wei and He Zhi Yu as more misunderstandings were created.

A feverish cold which Ji Jia Wei caught during his business trip leads to He Zhi Yu being accused of trying to use tricks to hurt/threaten Guan Xiao Tong‘s relationship with him. When He Zhi Yu briefly saw Ji Jia Wei on the beach while he was on his business trip, she noticed he was sick. Knowing Ji Jia Wei doesn’t like to go to the doctor or take medicine, she calls one of his friends, Lin Shao Qiang, to tell them to make Lemon Ginger Coke as this is something she used to make for him which he does take. They don’t get a chance to make it for him, though, as Ji Jia Wei orders his team to pack and to return to Taipei. Back in Taipei, Guan Xiao Tong finds him at his apartment with a fever and goes about taking care of him. The information about the Lemon Ginger Coke gets passed onto Guan Xiao Tong through best friend and colleague at I Meet You Dating Agency, Xia Xin Xin, who was given the information from Lin Shao Qiang. She goes about making it and gives it to him to drink the next day.

The drink isn’t taken until after Guan Xiao Tong leaves him for work, around the same time of He Zhi Yu‘s call. He Zhi Yu is genuinely concerned for Ji Jia Wei and called to check on him, voicing her worries over his tendency to not go to the doctor. With that, Ji Jia Wei, jumps to conclusions and accuses her of using some kind of method to tell Guan Xiao Tong about the Lemon Ginger Coke and sets it straight, telling her that his life will be better if he had fewer news about her and asks her to not let anything like that happen again.

He Zhi Yu is really getting a beating! There’s just misunderstanding after misunderstanding for her. We feel bad for her. It feels like the series is trying to rack up misunderstandings between He Zhi Yu and Ji Jia Wei. There’s also a developing plot where Guan Xiao Tong has received a request from Du Kai Wen to help a patient of his, Yao Yao, who’s not willing to think about a situation in the past nor speak about it. This patient looks like it might be He Zhi Yu. We don’t dare to guess where this will lead since Murphy’s Law of Love don’t seem to like going the typical route, so we will wait and see where it all goes.