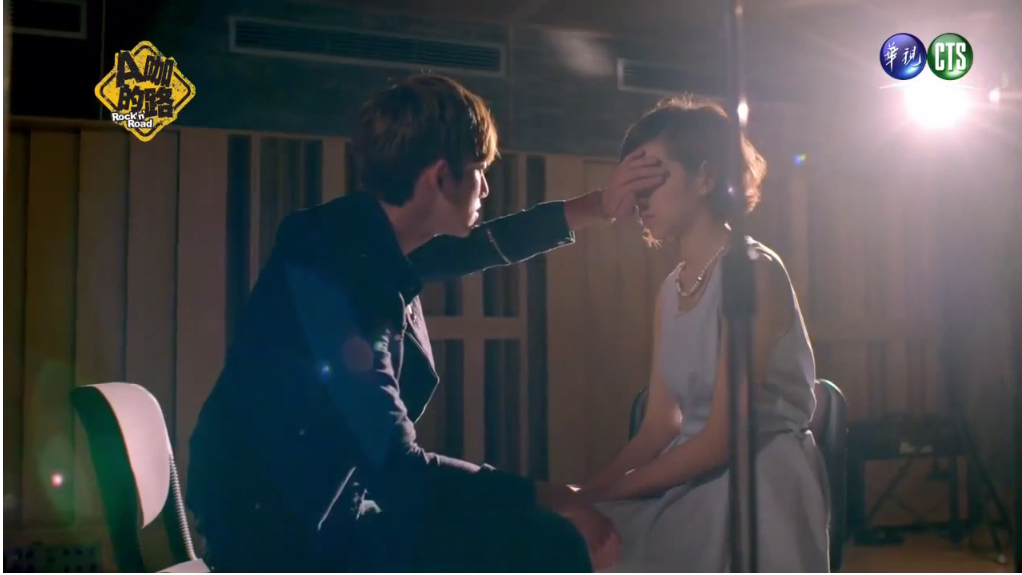 Zhou Shu Yu is complimenting Lin Wei Zhen a lot more and giving her credit when she works hard and does well. His stares also stay on her longer and he calls her cute (and pinches her cheeks!) when he sees her work so hard. These don’t get too far and become moments between the two, though, when Lin Wei Zhen doesn’t react to them in a way that shows she’s finding his actions to mean something more.

There was a moment between the two in one of the scenes in this episode, though, when Zhou Shu Yu was slightly drunk and became a little loose with Lin Wei Zhen: he inappropriately chest bumps Lin Wei Zhen then comments how soft that chest bump is after demonstrating a series of manly actions to show what friends between manly guys should do. (This was after Lin Wei Zhen asked him to remember the nice words he said about her with a pinky swear.) What came after it was an apology from Zhou Shu Yu and awkwardness before Lin Wei Zhen runs to her room, unsure of what had just happened and feeling herself blushing whilst Zhou Shu Yu is in his room agitated by what he did and feverish after it.