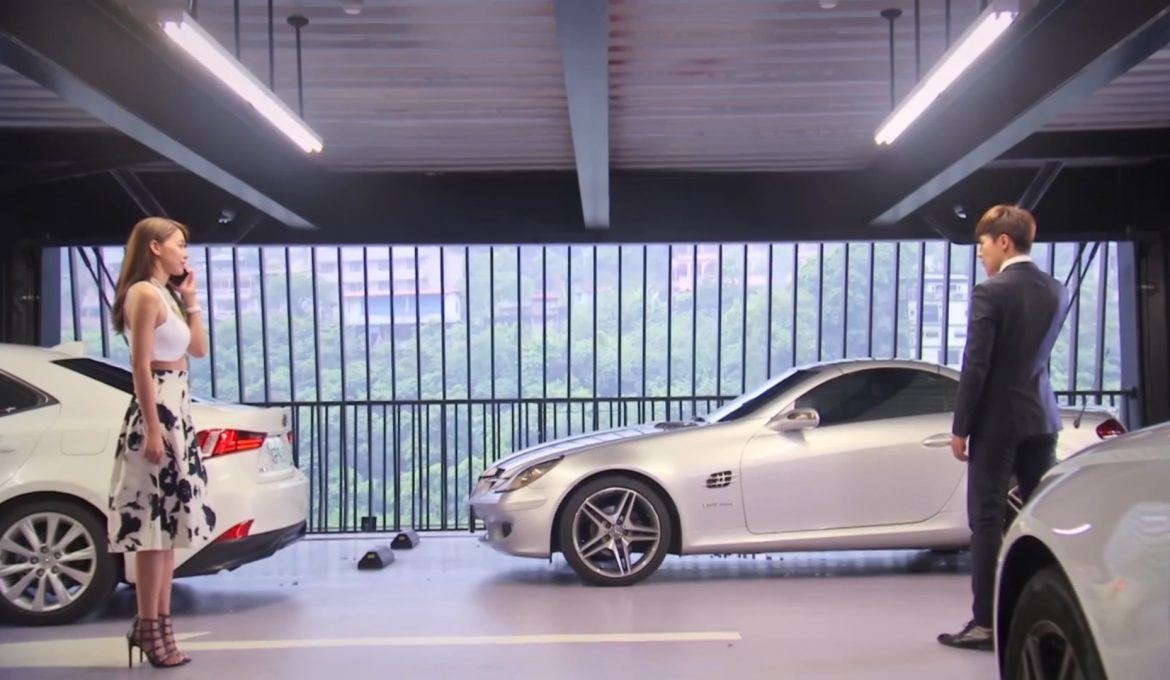 We feared that when Ji Jia Wei‘s ex came back that he was going to be torn between the her and Guan Xiao Tong; but so far, all there is appears to be hostility towards her. When he bumps into her at the end of his two friends’ wedding, he ignores her and walks away with saying one word. At the time he was he was on his way back to meet Guan Xiao Tong. We expected him to be preoccupied by He Zhi Yu and be thinking about her the whole time or take a step backwards and distance himself from getting too close to Guan Xiao Tong, but no, he didn’t.

After just a brief period in the car where he zoned out momentarily, he was back to himself and excited over Guan Xiao Tong‘s every nice word and accepting action she sent his way. We’re not sure if this is just the calm before the storm, but it was so nice to see that the return of his ex didn’t have too much of an impact on him.

This episode handled the return of Ji Jia Wei‘s ex nicely. We liked that the meeting was done all in one episode rather than dragged over several episodes. The only thing we had hoped would happen as well in the episode is that Guan Xiao Tong also was clued in that Ji Jia Wei‘s ex had returned. In Episode 8, she’s taking more and more steps towards: she’s accepted his charm bracelet and gotten him to put it on her, and acknowledged and thanked him for all he’s done for her. She has feelings for him, but they’re not too, deep yet. It would have been nice to have her in the know so whatever happens later with Ji Jia Wei and He Zhi Yu, she’s not taken aback by it.

In spite of falling short with not allowing Guan Xiao Tong in the know, Episode 8 was fantastic. Again, the moments between Guan Xiao Tong and Ji Jia Wei were awesome again. The scene where the two were eagerly waiting for each other’s texts was so cute to watch. Usually, such scenes are so cheesy, but Ivelyn Lee and Danson Tang made this scene just so enjoyable. Can’t wait for the next episode!