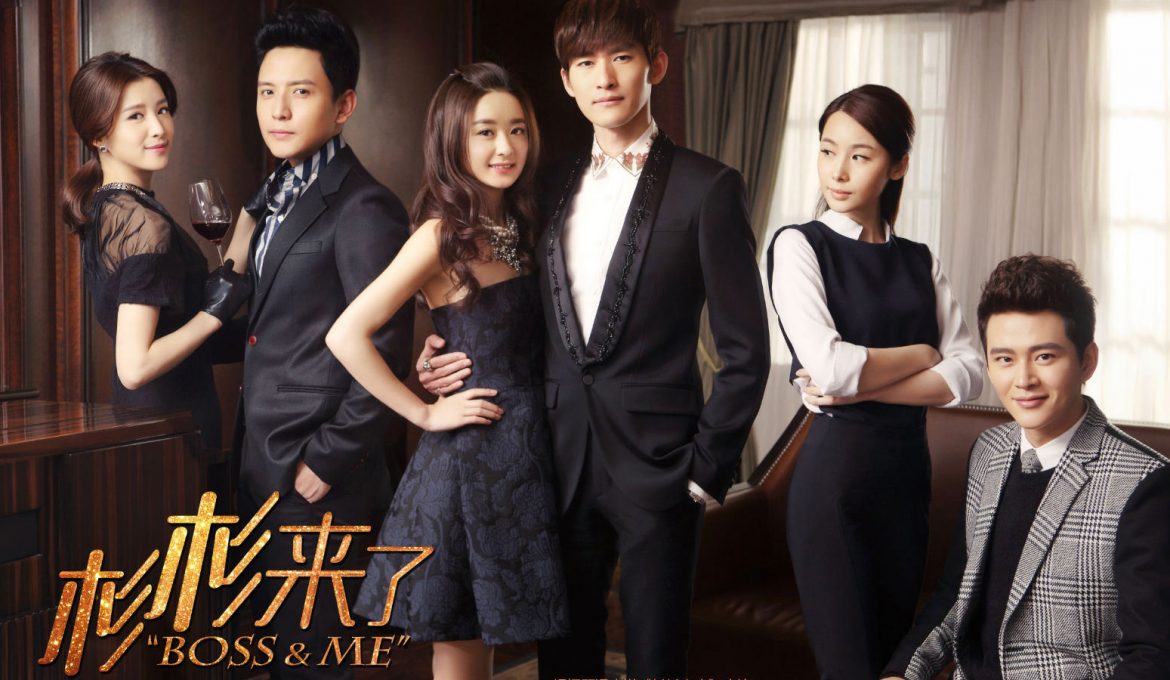 We don’t watch a lot of Chinese dramas—probably because they aren’t as easily available to us as say Korean dramas or Taiwanese dramas—but Shan Shan Comes to Eat / 杉杉来了 (also known as Boss and Me) was available and we really enjoyed this romance-drama-comedy series from China!

Shan Shan Comes to Eat is about Xue Shan Shan (Zhao Li Ying), a financial assistant who works at a big corporation under company founder, Feng Teng (Zhang Han). Xue Shan Shan and Feng Teng crosses paths when Xue Shan Shan is brought in to save his sister when, during the delivery of her baby, she is in need of a blood transfusion of a rare type of blood which Xue Shan Shan has.

It has a pretty standard kind of story. There’s the common theme of the rich not mixing with the average, but it’s not as drama-filled as (say) dramas with similar themes that are often seen in Korean dramas. Love rivals aren’t playing mind games, there are not competing corporations playing power games nor are there arranged marriages. The female lead character isn’t stubbornly and naively hung up on the male lead character; the male lead character, though he is arrogant and commanding, he doesn’t always get it all. He’s not the object of everyone’s affections and attention; so, the series doesn’t have a lot of the usual obstacles nor “evil” characters that build lots of drama and tension to hold attention.

This series doesn’t need heavy amounts of drama, antagonistic characters, or a male lead character that everyone swoons, though. The series has Xue Shan Shan. She and her internal thoughts are surprisingly attention-holding. Just listening to her thoughts and seeing them contrast what she actually does and say out loud is enough to keep us watching episode after episode. The actress of Xue Shan Shan, Zhao Li Ying, does a great job portraying the cute, not too intelligent—well, compared to Xue Shan Shan‘s colleagues anyway (she’s a university graduate, but she didn’t go to prestigious universities like them)—Xue Shan Shan who loves to eat. We love watching Zhao Li Ying play her character.

Feng Teng is quite an interesting character, too. He doesn’t speak a lot. When he does speak, his sentences are short and his voice is very monotone. He doesn’t glare or frown. He stays quiet as if almost waiting for the characters talking to him to answer their own questions. We like that, although Feng Teng is handsome, he isn’t the object of affection of every girl in the drama (the second male lead, Zheng Qi, played by Huang Ming, actually is who every female character thinks is handsome). Feng Teng is just slightly different from the usual.

We also really like the general look of this series, too. It’s very modern, bright and pretty. We find it funny how the characters pretty much wear the same kind of clothes day in and day out. Xue Shan Shan wears the same wollen jersey over leggings and boots at work and a “Party Hardy” T-shirt at home. Feng Teng has about two or three sets of clothes he wears at work and a jumpsuit for when he’s playing basketball with his friends outside of work.

If anyone’s looking for a romance-comedy-drama to watch, give Shan Shan Comes to Eat a go. The series is like the usual, but then just a little bit different as well. It’s quite charming.