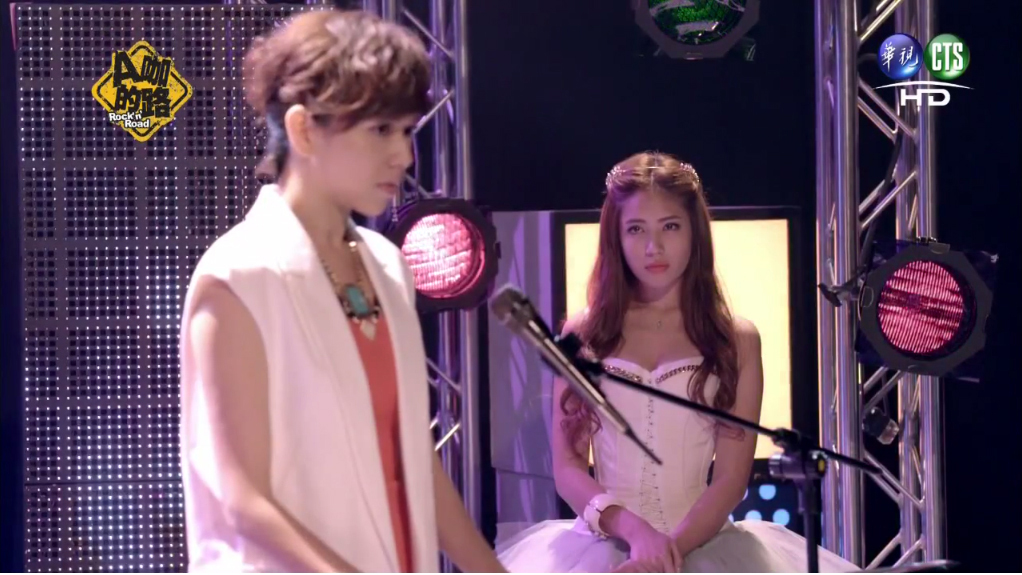 Every time an episode of Rock N’ Road comes out, we’re super excited. Then as the episode goes on and there’s less and less of the episode left, we’re wishing it isn’t the end!

Episode 9 continues with more of Lin Wei Zhen being pushed to give up by those who don’t want her to set a single foot into the music industry—and it’s working. Though we’re seeing Lin Wei Zhen transforming towards looking like an A-lister, appearing quite classy and elegant and losing her childish looks and plain outfits, she has lost her cheerful, fun, optimistic and happy-go-lucky personality in this episode. She’s become rather serious, deflated and doubting whether she can continue choosing to lose so much to make it. We’ll be curious to see if Lin Wei Zhen will continue to be like this from now on or if she will return back to her old self. Either way, we love her character and enjoying the development of her character!

Though Yang Jia Xin is Lin Wei Zhen‘s rival in career, it’s Xu Li Da who creates problems for her. Yang Jia Xin currently is harmless as she seems to care about playing fair. Xu Li Da, though, his desire to prove himself to be worthy and deserving of the same (maybe even more) fame and success that his former best friend Zhou Shu Yu has obtained—Zhou Shu Yu‘s fame and success that Xu Li Da has shadowed for years—Xu Li Da uses underhanded means to make sure Yang Jia Xin stays on top so he can reach his own goals.

We haven’t liked Xu Li Da very much. He’s rather weak in character—weak in the sense that he is easily swayed by fame and success. We can see that it’s probably because he’s always second to Zhou Shu Yu who is not only top in the eyes of the music industry, but also in the eyes of the person he loves, but cannot obtain—Yang Jia Xin. Also, he comes off pushy and appears slightly wayward, especially when he’s around Yang Jia Xin. He did redeem himself in this episode, though: he didn’t take advantage of a drunken Yang Jia Xin when she pushed herself onto him after a disappointing meeting with Zhou Shu Yu.

We’re enjoying the development of Zhou Shu Yu and Lin Wei Zhen‘s relationship a lot. Though Zhou Shu Yu is still feeling like he’s supporting Lin Wei Zhen because of feeling responsible for the difficulties she’s facing now, the scenes are very awesome: that scene where he shakes and then sprays a can of soda (or is it beer?) at the guy sleeping on the park bench who scolded Lin Wei Zhen for being too loud; that scene where Zhou Shu Yu calls up the live broadcast of the music variety show Lin Wei Zhen (and his former girlfriend Yang Jia Xin) is on to cast two votes for Lin Wei Zhen using his landline phone and cellphone simultaneously; and that scene where he actually lifts and carries Lin Wei Zhen to the couch so he could tend to her injured ankle even after she tells him to not worry about her because she was being considerate of his bad mood! How awesome is Zhou Shu Yu?! Extremely awesome just like Lin Wei Zhen!