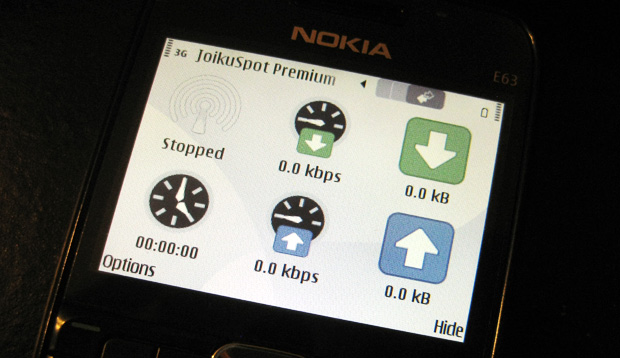 Many months back we were looking for a MiFi device (for those not familiar with such a device, it is a small wireless router that connects to the Internet using the 3G connection made available via a cellphone’s SIM card). They were available here, but they were locked to networks. We’re sure we could get them unlocked if we paid the fee, but we didn’t want to pay the $200 – $300 for the MiFi and add on an unlocking fee. Australia being a larger country, we wondered if they had ones that were already unlocked and looked there. We asked around and no such luck finding an unlocked one. Then, on the last day of our trip across the Tasman (Sea), a helpful customer service rep. at this mobile place explained to us that we didn’t need a MiFi. If we had an Android phone, we could install an Android App that could turn our phones into wireless modems much like a MiFi.

Heading out of there, we pondered and digested this new information. We later realised that this is probably what ‘tethering’ must be. We had seen this term come up in our search for a MiFi device online multiple times, but we never investigated this method further because they related to an iPhone; and we don’t own iPhones.

But then neither did we own Android phones. What we do own are Nokia phones—but then, if they had tethering apps for Android phones and iPhones, maybe they had tethering apps for Nokia (Nokia were one of the most popular phones on the market before iPhones and Androids came into the scene). We did a search, and lo and behold! there was. JoikuSpot was the name of the app. Its developer, JoikuSoft Oy.

JoikuSpot is offered in both a free version, JoikuSpot Light and a pay version, JoikuSpot Premium. The two versions offers to connect multiple WiFi-only devices to the Internet, with download and upload statistics as well as which devices are connected to your 3G connection. There is no time limitations to how long the app can be used either. The difference between the free and pay versions is the ability to name your WiFi hotspot and add encryption. In the free version the hotspot name is JoikuSpot and your connection is public, which means anyone can use your hotspot.

If you’re wondering what the speed of the connection is like, it is between 12kbps – 60kbps. It’s not broadband fast—if you’re browsing a normal site that is not designed for a mobile device, it does take a good 5 seconds (sometimes more) to load—but we didn’t expect them to be since we are using Nokia smartphones that were never too fast to begin with. If you are concerned about the speeds, test it out with JoikuSpot Light before you purchase the more secure Premium version.

Overall, we’re very pleased with the app. We can now browse the Internet, check email, post on social networks on the go on our laptops, PCs and iPads (we haven’t tried connecting a gaming console like a Nintendo DS, but that gives us a thought and will try this) without having to search for a WiFi hotspot. It saved us a couple hundred dollars and of having to carry around another piece of technology. It’s perfect.

Give the app a go if you own a compatible Nokia or a Sony Ericsson phone. Try the Light version then purchase the Premium app (that’s what we both did). It’s a tiny cost compared to a MiFi device. At the time of writing this, JoikuSpot Premium is going for $9 EUR (about $15.30 NZD/$13 USD according to the site). If you’re looking to buy an iPad or any other tablet out there, you might want to see if your phone can share a connection in a similar fashion before forking out extra money on the 3G model, too.