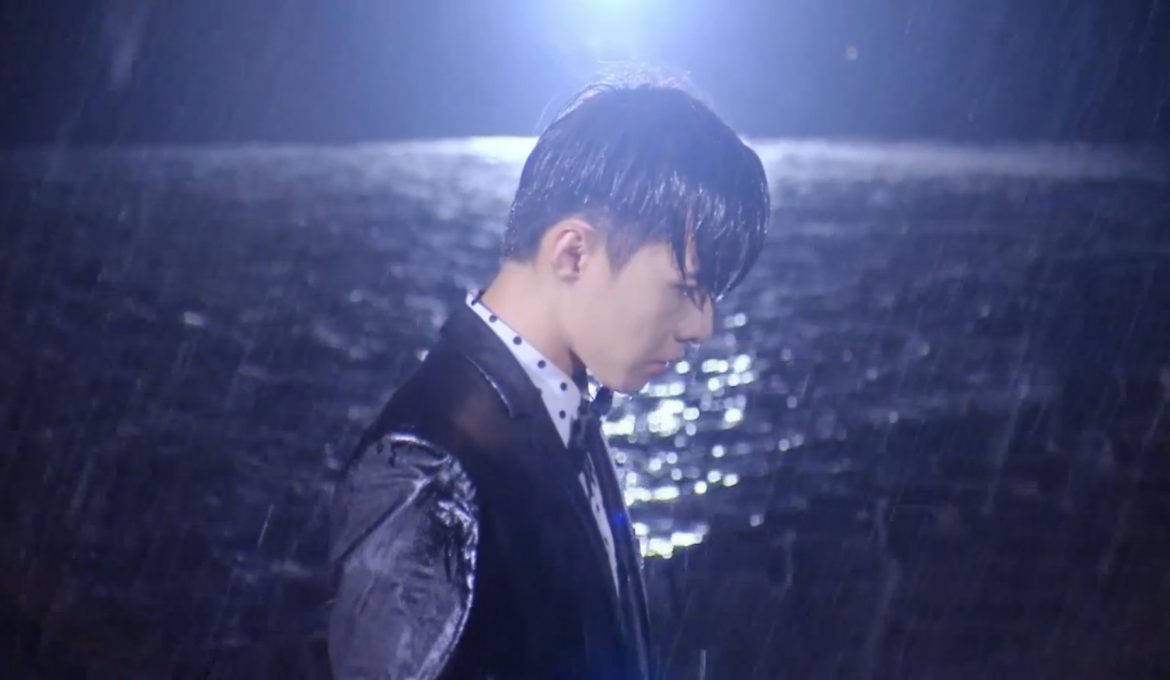 Guan Xiao Tong breaks up with Ji Jia Wei in Episode 16! We knew this was coming, having seen the preview for the episode; but over what exactly—whether it was because Ji Jia Wei couldn’t forgive her or something else—we didn’t know.

Well, coming off from an angry Ji Jia Wei who yelled at Guan Xiao Tong for keeping information from him and letting his mother leave without saying a goodbye in Episode 15, Ji Jia Wei is nothing but rational in Episode 16. He realises that no one is at fault for what happened with his mother: he blames no one but himself for being so naïve and then goes off to apologise to Guan Xiao Tong for the way he handled the situation.

The atmosphere between them is awkward and there’s distance between Guan Xiao Tong and Ji Jia Wei: she doesn’t want to see him after work and she’s not happy to see him when he visits her workplace and shouts her colleagues beverages. It doesn’t feel right, but despite this, we still couldn’t imagine what could cause a break-up. We thought that maybe the break-up was going to be related to Guan Xiao Tong keeping from him the last piece of information about him being an illegitimate son, but unless Ji Jia Wei suddenly becomes unreasonable and actually blames her for holding onto this secret, we can’t imagine that this would be the reason.

The break-up happens at an I Meet You Dating Agency event which Ji Jia Wei ends up buying all the tickets and has her enjoy dinner and fireworks between the two of them. Unlike the time he booked out a restaurant to sing to her (Episode 14), this time, she is not impressed. At the end of the night, Guan Xiao Tong reveals that she didn’t like what he organised, that purchasing all the tickets was undermining her efforts, before accusing him of not understanding her and that they were from different worlds.

Ji Jia Wei responds that it’s not that he doesn’t understand her, but she isn’t honest enough with him. He tells her that the fact that he’s not pressuring her to tell him what he knows she’s hiding about his mother is him trying to understand her, even though it bothers him so much. (Around this point, rain pours down and Ji Jia Wei moves to try shield her head from the downpour to which she responds with backing away.) Guan Xiao Tong concludes with a confession of sorts, telling him that after watching the fireworks with him, she realised she hasn’t grown over the last year and is still making the same mistakes by compromising and revolving herself around the people she falls in love with: she confesses that she is influenced by him because she loves him.

It’s not clear whether Ji Jia Wei was captured by Guan Xiao Tong‘s pass mention of the depth of her feelings for him or that he was predicting her actions later, but he goes in to kiss her. She allows the kiss before she asks for the break-up. Ji Jia Wei is then left to stand in the rain, alone.

What a heart-wrenching scene. we think Guan Xiao Tong was pretty unfair to Ji Jia Wei. When Ji Jia Wei argued that she wasn’t honest enough with him, he has a point. She’s never tried to be true to her feelings nor express them so that Ji Jia Wei could try dealing with them. She decided for him what he could and couldn’t handle, bottled up her feelings and forgave him for things like the He Zhi Yu issue. She concludes that Ji Jia Wei needed a love doctor not Guan Xiao Tong. Again, it feels like an unfair assessment. Ji Jia Wei can only do and react as much as he can with what she expresses. He’s done pretty well considering, both with the He Zhi Yu situation and the situation with his mother.

Guan Xiao Tong‘s rootability level dropped a lot for us because of Episode 16. Partly it’s because she broke up with him the way she did, but mostly it’s because she dares to call him out and request his shoulder to lean on after the break-up towards the end of the episode. Her intention was to end things on good terms like the way Ji Jia Wei likes it. There’s nothing wrong with that and can be seen as considering Ji Jia Wei‘s wants, but she didn’t have to borrow his shoulder to officially end things ‘on good terms’. She was cute and acting like she didn’t just break up with him. It was very odd. What’s more, it made her look like she was toying with him as well as redeeming an I.O.U. so they’re both even and owe each other nothing: because Ji Jia Wei borrowed her shoulder in the past when he was troubled over He Zhi Yu, he owed her the shoulder as she felt… whatever she felt for breaking up with Ji Jia Wei. So very presumptious. Poor Ji Jia Wei!

We’re not happy with Guan Xiao Tong! She’s been so awesome up to this episode. What’s the point of putting Ji Jia Wei‘s feelings ahead of her own back all those episodes ago, being considerate and forgiving him quickly when in the end she breaks up with him for it. Must she break up with him to grow when the problem is her not being able to stop revolving around a guy when she’s in love? You’d think to learn to stop doing that is to try staying in the relationship and consciously think about not losing herself when she’s with him, like expressing thoughts and emotions!