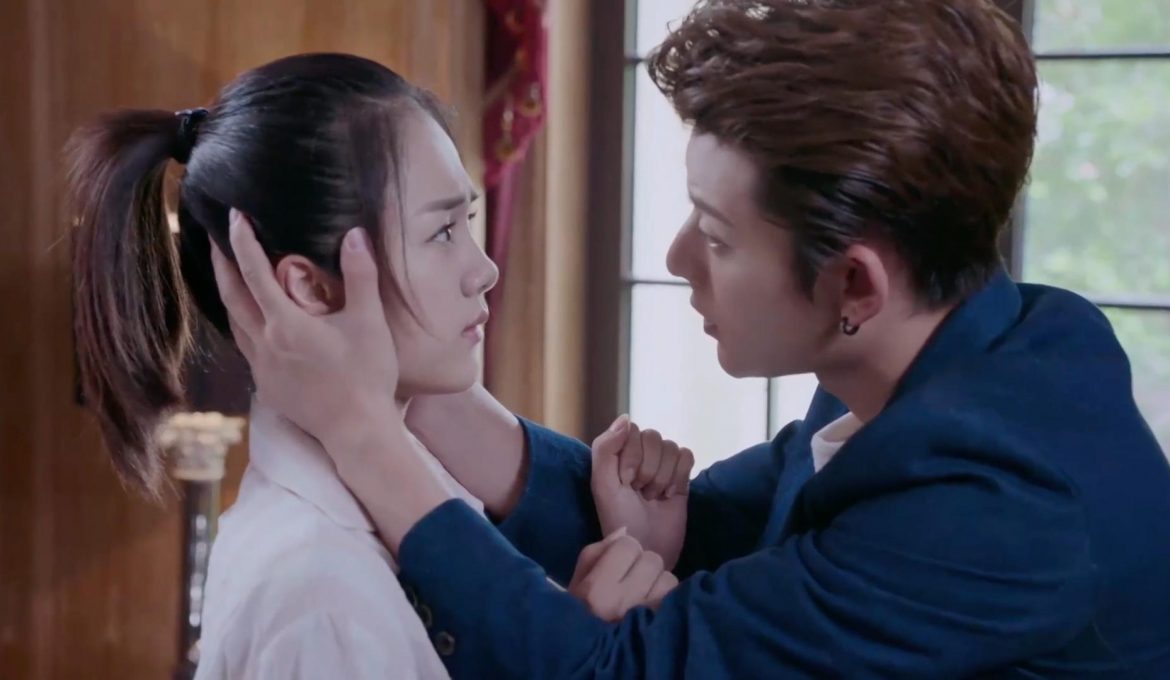 The place Fang Ting Hao takes Qi Bai Cao to is the place at the waterfront where she worked at for the year she disappeared from everyone and Yuan Wu Dao. He reveals to Qi Bai Cao he had known her whereabouts during that time because the yacht she looked after belongs to him. The yacht association didn’t have any work for her with the injured leg she carried, so he had her look after his yacht. Every month, her salary came from him. Fang Ting Hao explains to Qi Bai Cao he didn’t do this to help her. As Qi Bai Cao made Fang Ting Yi quit Yuan Wu Dao, her hiding from everyone in this location goes according to his want for her to quit Yuan Wu Dao. He wants her to forever hold a rag cleaning yachts.

Bringing up Xing Yao doesn’t change Fang Ting Hao’s mind about leaving Feng Yun and neither does the things about Fang Ting Yi Qi Bai Cao presents to him because they aren’t anything unknown to him.

Qi Bai Cao questions Fang Ting Hao’s understanding of Yuan Wu Dao when Fang Ting Hao speaks of Feng Yun having let him see a whole new world. With him having obtained the national title as well as numerous world titles, he’s already at the top. His position at the top had him realise how dull life is without challenges. Joining Feng Yun is Fang Ting Hao reaching a higher peak. Fang Ting Hao doesn’t see Yuan Wu Dao athletes in competitions as being the top. Seeing the Professional League Tournament to be Yuan Wu Dao’s only path which Feng Yun is putting efforts into promoting, Fang Ting Hao sees organisers working in the background to be the top. His desire is to have everything under his control. Fang Ting Hao believes that day will come when he has the most strongest business and operational resources and capabilities in Yuan Wu Dao.

Fang Ting Hao shows quiet annoyance when Qi Bai Cao points out the bad points about Feng Yun. Feng Yun does things despicably. What they did to Chang An is an example. Feng Yun disciples are robots. They show coldness and cruelty with no show of passion and love for Yuan Wu Dao on their faces.

Qi Bai Cao becomes frightened by Fang Ting Hao when he firmly holds onto her shoulders, cups her face and doesn’t let go. He says she is the same as always. Day or night, she’s unguarded around him and follows him wherever he has her follow him. Qi Bai Cao makes her escape after shoving him away.

“From today onwards, I’m a bad person. No matter what I did for you or for Song Bai in the past, forget it all. No need to feel guilty and don’t worry.”

Qi Bai Cao being out in the unfamiliar forest terrain doesn’t come to Fang Ting Hao’s mind until he sees the weather pour down with heavy rain through the windows. He finds her in time to save her from a tree coming down onto her by the loosening of the trunk on sodden ground.

Fang Ting Hao brings Qi Bai Cao back to the house. While Qi Bai Cao is under the weather from her time in the pouring rain, Fang Ting Hao reveals he hasn’t become unfeeling and cold-hearted. He also hasn’t become a person of Feng Yun. Rather, he’s trying to work against them. He has the desire to have Shui Chen Zhou lose everything he has and bring him to fall into his hands. He has no wish for the ways of Feng Yun to take over the Yuan Wu Dao world and let what happened to Fang Ting Yi to repeat.

Qi Bai Cao’s fever worsens a bit more before it improves enough for Chang An to leave her side. He has Fan Xiao Ying and Qu Quang Ya look after her while he goes to have a talk with Fang Ting Hao who has already been discharged from the hospital.

Chang An throws several punches at Fang Ting Hao and demands answers for why he brought Qi Bai Cao to the isolated island, scared her and made her get wet in the rain where she came down with a fever. Fang Ting Hao feigns being a bad guy. He’s doing what he likes since Qi Bai Cao went to him even though he told her he hates her and should stay away from him.

Chang An wonders what difficulties Fang Ting Hao is going through that he’s joined Feng Yun and become someone he doesn’t recognise. Just as he had told Qi Bai Cao when she tried to convince him to leave Feng Yun, Fang Ting Hao says Feng Yun offers him a platform which allows him to be the strongest one and the ability to control all of Yuan Wu Dao. Once more, he adds he’s always been how he is now. He’s never become someone different. Chang An says he will drive people who care about him farther away. It’s not something Fang Ting Hao cares about. What he cares about are only the things he wants. This change in Fang Ting Hao’s person confuses Chang An.

“Why have you become this way? What exactly did Shui Chen Zhou say that has intoxicated your mind?”
“Is what you want the most pure Yuan Wu Dao in the heart of the sunny kid Fang Ting Hao or the power and status that taints you with distracting thoughts? Don’t be influenced by Shui Chen Zhou. Don’t be a second him. You think you can change Feng Yun, but Feng Yun is actually changing you.”

“In my opinion, you’re inferior to Shui Chen Zhou. As for whether I want to become a second him or surpass him that’s my business. As for you, Chang An, Yin Xiu should have already told you that the consequence is grave for not returning to Feng Yun and going to Chen Zhou’s side.”

It’s very harsh words which convincingly comes across as absolute hate when Fang Ting Hao says to Qi Bai Cao he gave her a job with the purpose of forever having her hold a rag wiping yachts to keep her from returning to Yuan Wu Dao. He’s really doing a great job making sure Qi Bai Cao believes he despises her to the core!

But now we clearly know Fang Ting Hao is still very much a good guy and his enemy is not Qi Bai Cao, but Feng Yun. We are told what Fang Ting Hao in trying to do by being bad. He’s trying to get to the top of a powerful Yuan Wu Dao hall to stop Yuan Wu Dao from becoming what Chang An sees Feng Yun’s Yuan Wu Dao promotes—power and status which brings people to have distracting thoughts. Fang Ting Hao isn’t at all enticed by anything Feng Yun does or says like Fang Ting Yi believes. He said he’s not a fool who easily gets deceived by people. Seems very much so! He’s but trying to stop what happened to Fang Ting Yi from happening again and how he does it is to keep Shui Chen Zhou in the dark of his true goal. How he does it is by painting himself to be a baddy who is power-hungry so to reach the top. We can see the only person who can make sure Yuan Wu Dao stays pure is Fang Ting Hao. As he says, he has the best resources and he is proficient in Yuan Wu Dao. We support him and the bad guy character he’s taken on.