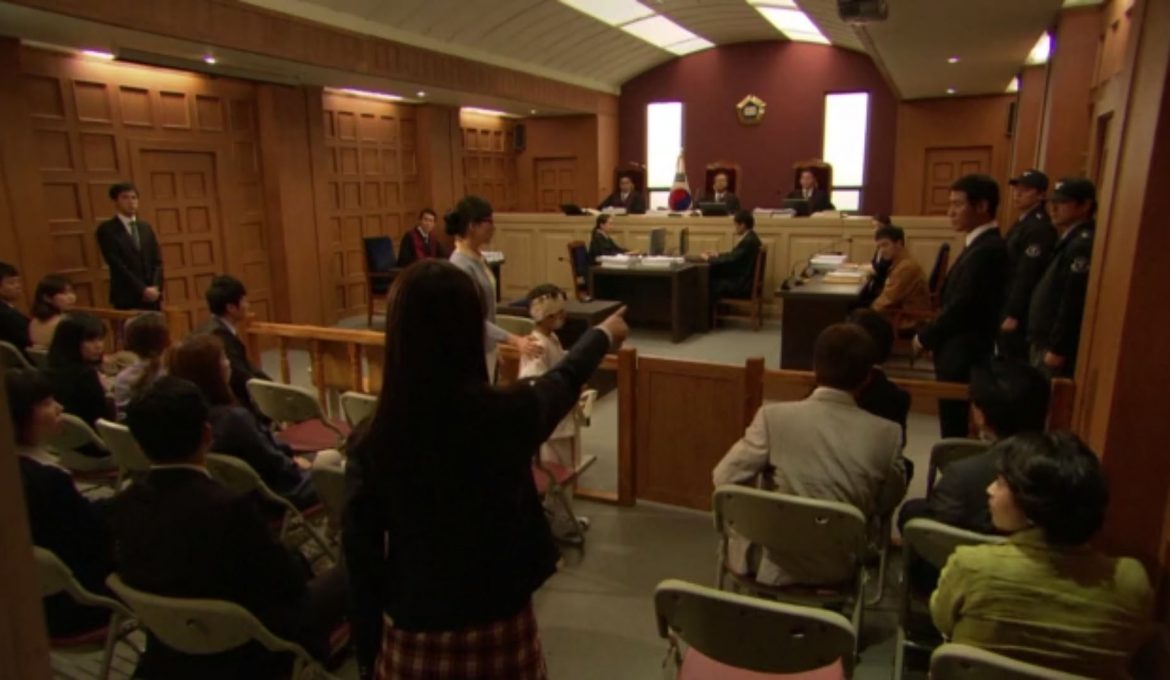 We’re not looking forward to the inevitable meeting that Jang Hye Sung has with the criminal she helped put in jail. When we look at those bright sunflower-yellow posters with the picture of Jang Hye Sung plastered all over the restaurant the mother works at, we’re thinking, ‘Crap!—Mother, you really made it so easy for the dangerous criminal to locate you and come for you.’ Saying that though, since the criminal seem to already know how Jang Hye Sung grew up to look like, tracked down where she worked and lived, as well as know her personal phone number, we’re sure he also had ways to research who her mother is and those bright sunflower-yellow posters are more reminders to target the mother. (Yes, we’re guessing the mother will be a target!)

So far, we can see a few things the series are focusing on: the criminal who’s after Jang Hye Sung is the running plot (it’s going to bring the chaos, we guess); the running theme about having people’s voices heard, particularly those who have been mistreated in one way or another and have little power that allows them to be heard; the long-standing rivalry between Jang Hye Sung and Seo Do Yeon, where both uses the law in opposing ways; and there’s the hint of a romance between Jang Hye Sung and Park Soo Ha (which doesn’t seem convincing yet).

Park Soo Ha‘s special ability of hearing people’s thoughts is the most interesting thing about this series at the moment. We’re looking forward to seeing more of how the special ability will drive the plot.