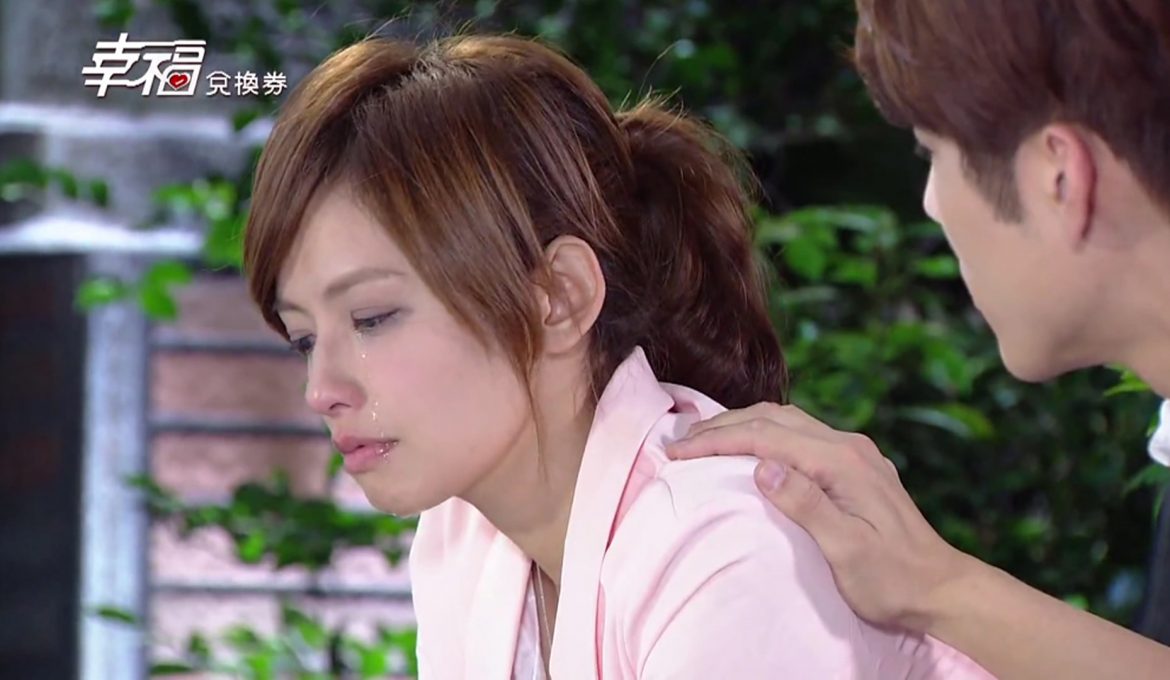 We’re over a third way through this lengthy series. We’ve watched up to Episode 26 and we are still enjoying the series so much!

There’s also the situation in the company that features occasionally in between the relationship plots. He Bu Fan is the General Manager of the company; Hsu Man Man and Wang Bai Hao are employees; and He Guan Yu/Mao Guai (He Bu Fan‘s younger brother) as Director/Chairman of the company who actually acts like an employee as he sits with the employees and takes orders from He Bu Fan (to whom has an office of his own)! There are two other employees—a cousin of He Bu Fan and an admirer of Hsu Man Man to whom are comic relief characters. Situations are recruiting new business as clients, catering to unhappy clients, losing contracts and the likes. This company that He Bu Fan is in charge of, we’re not told what the company is and does, but from the sounds of things we feel He Bu Fan‘s company is something like the real life company, Aliexpress, the Chinese mega online store, where their clients are local businesses who sell their products through the e-commerce site. (Anyone shop at Aliexpress? We love window shopping on this site! They have so many cool stuff to look at!)

We can see how 74 episodes can be filled up with the many character/relationship stories and plots. They are helping to keep the series interesting as each of them take turns being the focus in each episode.

Shi Bo Hai has not been appearing in the last 10 episodes—maybe a bit less than that, but it sure feels like it’s been a lot of episodes since he’s appeared! After Shi Bo Hai set up the relationship between He Bu Fan and Hsu Man Man (he’s a matchmaker in training, after all!), he explains to He Bu Fan that he is leaving to see to other matters, but doesn’t say when he’ll return. It makes us wonder what kind of a situation will see him return.

We’ve not previously enjoyed any of the series that George Hu have starred in—the story in them always start off great, but becomes bland midway through and we lose interest. But so far Love Cheque Charge is great even at Episode 26! We’re also loving the character he’s playing. The He Bu Fan character is very hilarious and charmingly arrogant. And we do like George Hu utilising his fluent American English in this series. We love the English meetings that He Bu Fan conducts. These scenes are very funny when his not-so-fluent-in-English staff becomes baffled and they struggle to respond in English! Recently, though, these English meetings have stopped. We see He Bu Fan conducting his ‘English meetings’ in Mandarin. We think this is a sign that He Bu Fan‘s harsh and lecturing character is slowly transforming to a softer and more understanding one.

We’ve not seen a lot of work from Yuan Ai Fei (she’s a pin up model who has been in the cover of FHM, we found out, so she’s a model who transformed into an actress)—only coming across her once in the 2012 Taiwanese romance series, Substitute Princess, as the spoilt love rival to the female lead character in that series—but we’re really enjoying Yuan Ai Fei’s performance of her character in this series. She has some great expressions and actions and we just enjoy watching this feisty, but family-oriented and hard-working character of hers.

We’ll be happily heading onto Episode 27 of 74!