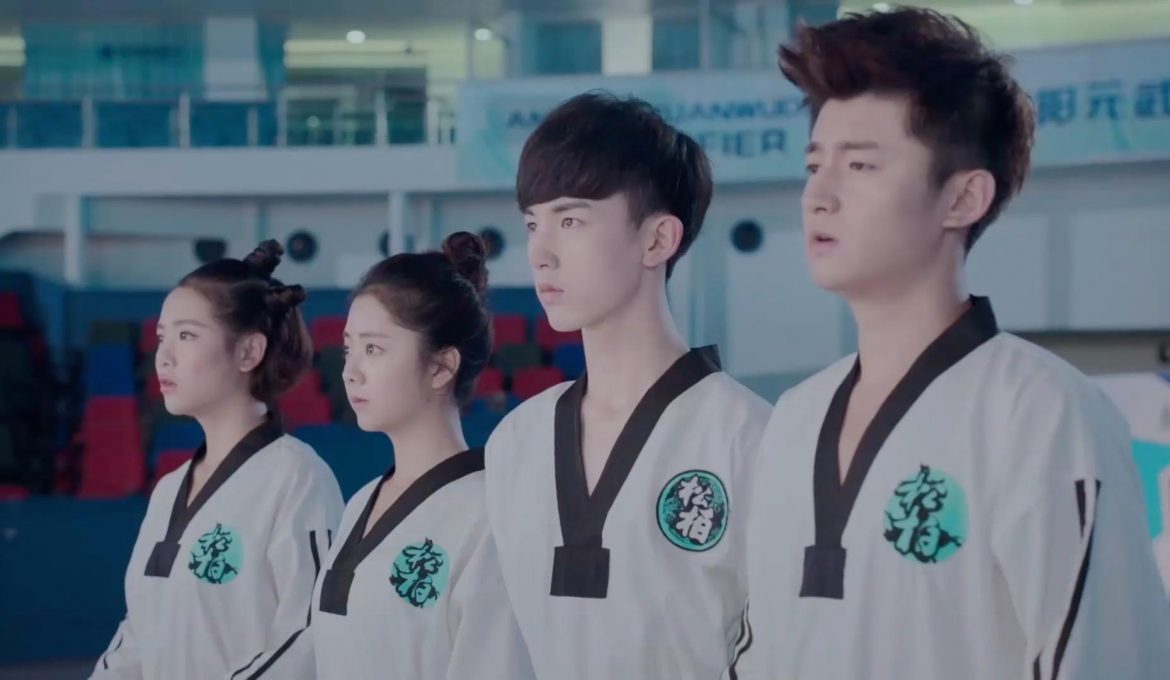 “Since Song Bai took you in then there’s a price they pay for taking you in. They will terribly regret it.”

Those words from Fang Ting Hao which Chang An hears as a threat is air to him when threats is too common from people of Feng Yun. With compromising and quitting not part of his vocabulary and seeing the losing sode may not necessarily be Song Bai, Chang An challenges Fang Ting Hao to come at them with whatever trick he has.

Chang An’s knee is in a state where it needs immediate surgery. The doctor informs him the internal fixation there has deformed severely and it’ll be dangerous if it comes off. Chang An is asked to come tomorrow for a thorough examination to determine the necessary surgery for his knee. While Chang An is hesitant in agreeing to the appointment because he feels he doesn’t have the time, Lu Fei Yu sees the urgency. He says to the doctor Chang An will attend the appointment. Before Chang An leaves, the doctor tells him to not have his knee sustain any sort of violent activity.

A call from Lu Fei Yu comes into Chang An’s phone threatening to call Qu Guang Ya, Qi Bai Cao, Fan Xiao Ying then everyone Song Bai member to let them know about his situation. Chang An makes it as far as waiting to attend his appointment before he rushes to them. On the TV screen in the waiting area, Chang An is alarmed to see Lu Fei Yu’s match is against a Feng Yun opponent when Song Bai’s competition is supposed to be against Pu Hai.

With Lu Fei Yu’s Feng Yun opponent too strong for him and where the match is the deciding match, Lu Fei Yu losing his match sees Song Bai losing to Pu Hai. The Song Bai gang are devastated they couldn’t gain a win against a relatively weak hall they saw themselves able to win. They believe it was a scheme Feng Yun devised whereby Feng Yun approached Pu Hai and asked if they wanted assistance. They head over to Feng Yun for an explanation. In Yin Xiu’s eyes, Song Bai’s loss to Pu Hai is due to Song Bai being not strong enough. Fang Ting Hao saw nothing unfair about the assistance Feng Yun provided Pu Hai. Providing assistance is something done in the professional league tournament. It has the purpose of increasing interactions between teams as well as preventing complacency. The application for the external aid was also sent in yesterday and approved by the committee.

The Song Bai gang still suspect it to be a scheme that was specifically targeted at them. Wu Xiu Da asks if the external aid was made upon request or if the external aid was proactively offered to target Song Bai. The Song Bai gang want an apology from them. They plan to let everyone know what they did and have everyone disapprove of their actions.

Fang Ting Hao suggests a contest between Song Bai and Feng Yun to settle the issue. The contest will be 45 Points. 45 Points is a team competition where a player gets three points for striking an effective region. A player who loses six points gets eliminated while the player who haven’t lost six points yet remains and fights the next opponent. The side who accumulates 45 points first is the winner.

Fang Ting Hao says that if Song Bai wins, they’ll agree to bring everyone over to Song Bai and apologise. If Song Bai loses then Song Bai has to agree to give up the last competition with Feng Yun and acknowledge they are weaklings who don’t deserve to be in the same competition stage as Feng Yun. Song Bai agrees to the contest and make a request that Fang Ting Hao doesn’t participate. Fang Ting Hao agrees to the request. Before beginning the contest with Feng Yun, Yang Rui informs Chang An and Qu Guang Ya of the situation. Both make their way to Feng Yun.

Wu Xiu Da goes up first. He’s no match for his Feng Yun opponent. He gets struck twice, loses six points and gets eliminated. Lu Fei Yu wishes to go up next. However, Fan Xiao Ying sees Lu Fei Yu as one of their better fighters. She tells Lu Fei Yu they’re relying on him and Chang An to last to the end. Hearing Fan Xiao Ying’s plan of relying on Chang An to get them through this contest, Lu Fei Yu mutters Chang An can’t go up and fight. This gets little attention from Fan Xiao Ying when Yin Yin says she’ll go up.

Yin Xiu head up to fight Yang Rui when he sees Feng Yun to be the one lacking manners for hitting girls when she felt Song Bai lacked manners before heading up on stage to fight. She wonders what Yang Rui now thinks about the fairness of her, a girl, hitting a guy. Yang Rui has no response. Yin Xiu takes Yang Rui’s complaint about fairness a step further by erasing all the points Feng Yun has gained so far and lets the contest begin at zero points for all. Yin Xiu gains three points with a strike at Yang Rui’s neck which brings him going down onto the ground.

Yin Xiu isn’t wrong at all to say Song Bai is a weak hall. When Qi Bai Cao and Hu Yi Feng aren’t there, it’s a definite defeat for Song Bai. Fan Xiao Ying is depending on Chang An to come to their rescue. Even if Chang An wins this contest for them and allow them to continue in the competition, it still doesn’t change the fact that Song Bai is generally very weak because there is really only three members, four if you count Chang An, who can be said to have competition level fighting skills. Will they always depend on Chang An or Qi Bai Cao to get Song Bai progressing in competitions or get them out of problems like these?