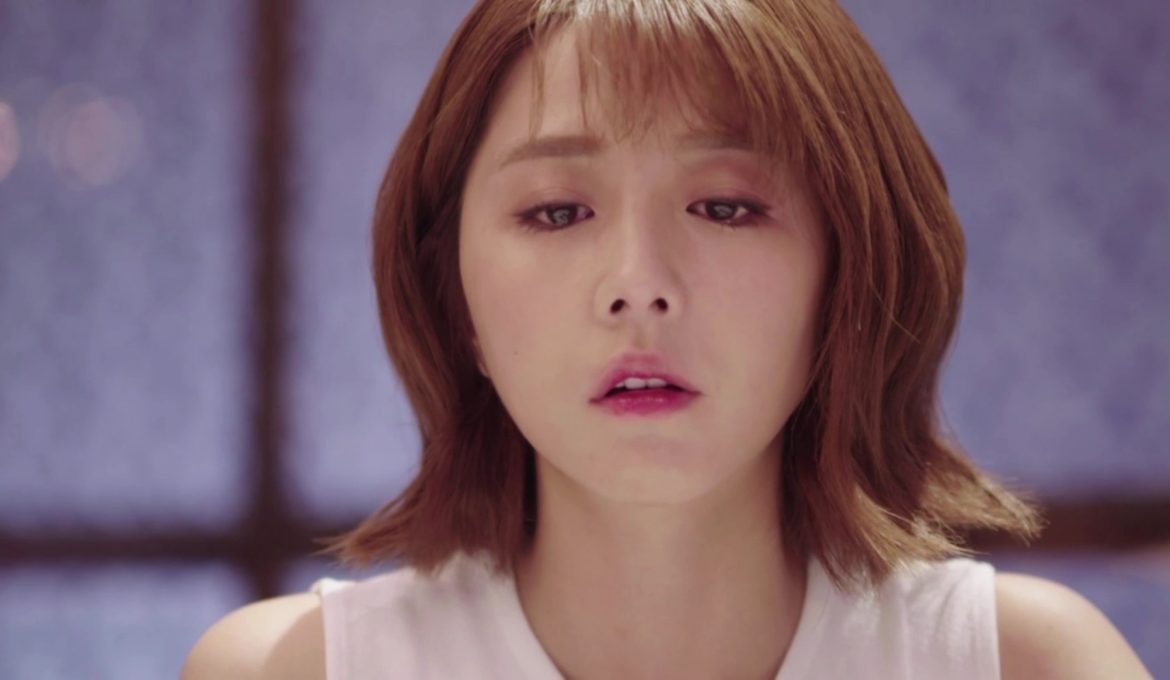 The entire situation with Yanis has broken Huo Ting En. He expresses feeling tired, humiliated and a fool. He feels jealousy towards how in step Ah Wei is with her and looking like couple. He’s angered by her accepting Ah Wei’s help and not trusting he’d come up with a solution to solve the night market land problem. Huo Ting En shows Wei Fen Qing the contract of the investment he gained for Yanis from an overseas restaurant investor. These are the reasons Huo Ting En wishes to hand in his resignation and renounce his fake identity as Wei Fen Qing’s fiancé.

Huo Ting En continues on expressing his dissatisfaction in the situation.

“I’m also tired of being a boss. Also, right now, you’ve become my boss. Ridiculous. It’s simply very ridiculous. I didn’t want to comment on your status or where you came from. But, from the beginning, you were just a person who opened a night market stall. You then knew me. Through an accident, you suddenly became my superior and I’m nothing at all. I’m at best a General Manager. I suddenly have to listen to you. I don’t like our switch of identity. I don’t like any of this feeling.”

For a moment, Wei Fen Qing tries to lessen the pain by telling herself that the situation is perfect. Her mum had not wanted her to be with Huo Ting En. So, she wouldn’t come to a difficult situation. But, she comes back around to hurt when Huo Ting En is the person she likes.

Wei Fen Qing manages to make her way back home. She walks past Ah Wei who calls out to her, but doesn’t hear, and sits at her desk in her room in the dark.

Wei Fen Qing and Huo Ting En continue on in their lives separately. While Wei Fen Qing continues on in a routine where her time is divided between working on opening her first curry restaurant and work at Yanis, Huo Ting En works on a project where he’s designing some vehicle.

We see the vehicle Huo Ting En has designed is for a food truck. He opens a food truck which he names, Jilmian Chicken (or according to the decal, Jiamei Chicken). It sells a curry chicken sandwich. Meanwhile, Wei Fen Qing finally opens her curry themed restaurant—a homey eatery, called, The 1st Shop of Curry.

In an inconspicuous location, Huo Ting En is present at Wei Fen Qing’s grand opening of her restaurant. He leaves a gift for her in the vicinity which Wei Fen Qing spots. It’s a gift that is all the things he had once said he will gift her so she will agree to marry him—a gift of chocolates of a flower design.

Wei Fen Qing remembers these words from Huo Ting En as she looks at the gift.

“Didn’t we agree on this? Flowers, chocolates and a gift. You will marry me once you gift me all these. Where are you now?”

A year on, Wei Fen Qing has become renown in the culinary world with many articles written on her achievements and her having three professions: curry restaurant owner, Chairman of Yanis and Chef of La Mure.

Wei Fen Qing finds her success is as Huo Ting En had said.

“Huo Ting En, you were right with what you said. Originally, I had simply thought that as long as I earn big money I’ll be able to live happily. I suddenly miss those simple days a lot. I have now made it to this place. Why have I been feeling so lonely all this time?”

Meanwhile, Huo Ting En enjoys the simple life he assumes. He could have continued the high life, though. Huo Ting En had rejected many offers to work in Michelin star restaurants in many countries to enjoy this simple life.

“It’s pretty good for me like this. It’s free and easy. I go wherever I want to go. It’s just that I earn less money. However, I’m satisfied in here [in his heart]. When I have some time, I can visit the grandmas and grandpas, go visit the orphanage, take a stroll and wander around everywhere and take care of these vulnerable groups. When I see them eating what I cooked, those smiles they have, it’s enough.”

Wei Fen Qing sits at a location where Huo Ting En had been eating lunch some time ago. She realises Huo Ting En had been where she now was presently when she finds the lined paper she had written the 7-day contract. She becomes frenzied and begins looking around for him.

“Huo Ting En! Where are you? I know you are nearby. Why aren’t you coming out to see me? Come out and see me! How long are you going to hide? Where are you? Where exactly are you?”

But Huo Ting En isn’t in the area. He’s left to meet up with Peng Xiao Bin after receiving a call from Peng Xiao Bin to go eat at some place.

When Wei Fen Qing takes a bite of the food she bought from Huo Ting En’s truck, she stops eating and turns back to look at Huo Ting En and his food truck.