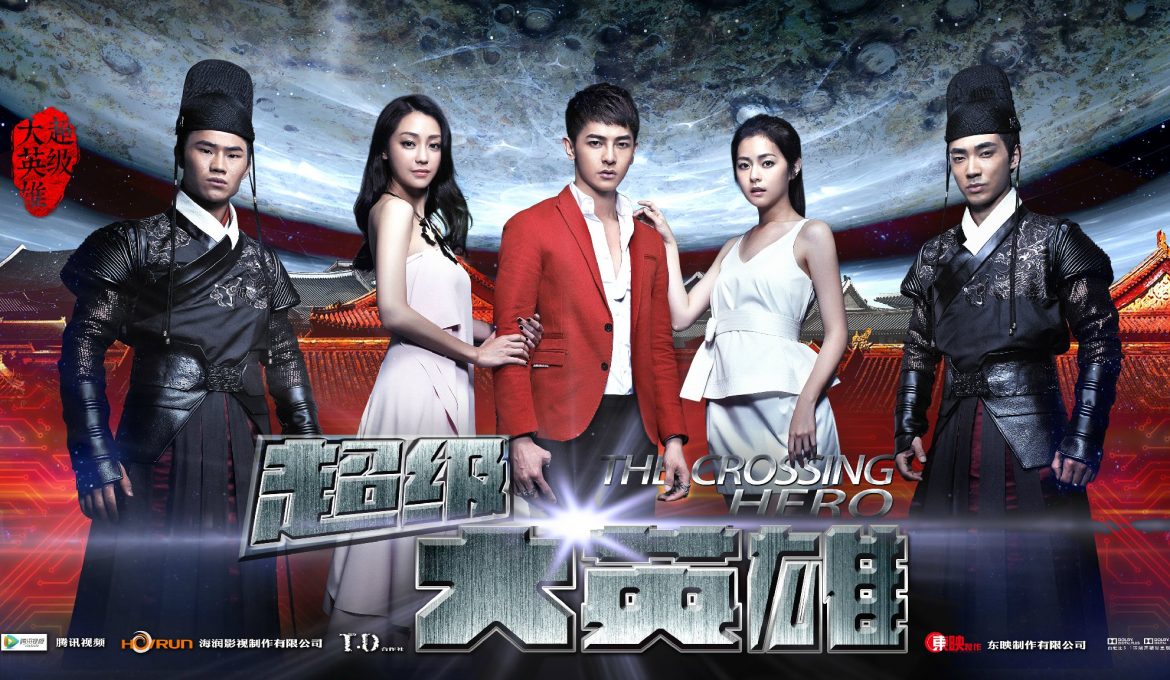 How excited were we when we found out that not only is Jiro Wang is in this new drama The Crossing Hero (2015), but Chris Wu as well! Chris Wu is just a supporting actor in this one, but it’s still Jiro Wang and Chris Wu together in a series! To add to the excitement, Nikki Hsieh who was in Princess Stand In (2013) with Chris Wu is in this drama. Nikki Hsieh is the leading lady in this dramas next to Jiro Wang, so there will be no reunion of Terry and Jin Da Hua (the characters Chris Wu and Nikki Hsieh in Princess Stand In). Still, we will be looking forward to seeing Jiro Wang, Chris Wu and Nikki Hsieh on the same series. Hopefully the three will appear in lots of scenes together. Lorene Ren, we’ve never seen any of her dramas, but we know she was in popular dramas In a Good Way (2013) and Someone Like You (2015), is in this, too. What a great group of actors and actresses!

About The Crossing Hero: this is the new Taiwanese web-based series from Jiro Wang which not only does he star in, but he also produces! It’s a time-travel, fantasy drama which begins in the Ming dynasty during the time of the Battle of Jingnan which sees the Jianwen Emperor, Zhu Yun Wei overthrown by the fourth prince of the Ming Dynasty, Prince Zhu Di, after the Jianwen emperor is defeated and flees.

During this time, the national treasure of the Ming Dynasty, The Nine Turns Luminous Night Pearl, is taken from the palace by Hong Xi Dong, the head guard of the defeated Jianwen Emperor Zhu Yun Wei. A secret is passed down from the Ming Ancestral Hall to look for it and retrieve the national treasure, sending in two imperial military guards of the newly appointed Emperor Zhu Di, Peng Ze (Hu Yang) and Xu Xiao Tian (Bruce Xie). Hong Xi Dong, Peng Ze and Xu Xiao Tian fight for the Luminous Night Pearl. The battle ends in the pearl being flung over a cliff and into a wormhole which all three enters.

Peng Ze and Xu Xiao Tian come out to a strange, unfamiliar world known as the 21st century at the other end. Meanwhile, Hong Xi Dong lives inside detective Hong Xiao Dong (his identical future self) who has no awareness of Hong Xi Dong being inside of him.

The nine episodes we’ve watch is nice and light and funny. When Peng Ze and Xu Xiao Tian land in the 21st century, we watch them try to learn and adapt to the 21st century way of life. We watch them try to use their currency to pay for things, get scared of going in cars, get alarmed by talking people on mobiles, drink dirty water from the dehumidfier thinkng it’s a water source. It’s just plain entertaining and funny! These two, you don’t want as an enemy. Back in the Ming Dynasty, they can for example leap and become airborne, move great distances at speed and have super quick reflexes. In the 21st century, they retain all their super human powers. They can even catch bullets. Luckily, they don’t appear to be a threat to the people in the story so far.

Hong Xiao Dong, an ex-policeman, now a detective of his own detective office is really funny as well as interesting. Hong Xiao Dong, he may be a detective of the 21st century, but he appears to be more than just a normal human being with powers. He can read minds by simply touching them. He has has super human strength, he can leap great distances and fly; but only when he hears a specific tune which is on Zhang Xian Ting‘s phone. This tune causes him to transform into Hong Xi Dong and address Zhang Xian Ting as Xian Er, his wife back in the Ming Dynasty. The moment the tune stops, Hong Xiao Dong returns with a big headache.

In the main story, there appears to be something going on with an organisation made up of a group of men in black outfits. They’re after a jade pendant which was previously in the hands of an old man with a distinctive birthmark on one side of his cheek. They seem to be linked to a director under investigation for infidelity and a man called David who showed up at a jewellery exhibition and stole some precious jewellery there. Hong Xi Dong and the imperial guards’ fight for the Luminous Night Pearl, the search for the jade pendant by the men in black outfits as well as a guy named David, it’s all unclear how they all connect to the Ming Dynasty and why they want it at the moment, but we’ll probably find out as we get towards the middle of the series.

So far, we’re up to Episode 9 and we’re really liking the comedy in The Crossing Hero. Although we aren’t entirely sure what the important of these jewels are and the general plot, we’re thinking there’s a good story there as well as a nice romance arc in there, too. We’ll be looking to see how The Crossing Hero plays out, and of course, the entrance of Chris Wu!! We’ll definitely be hanging out for the episodes to release!