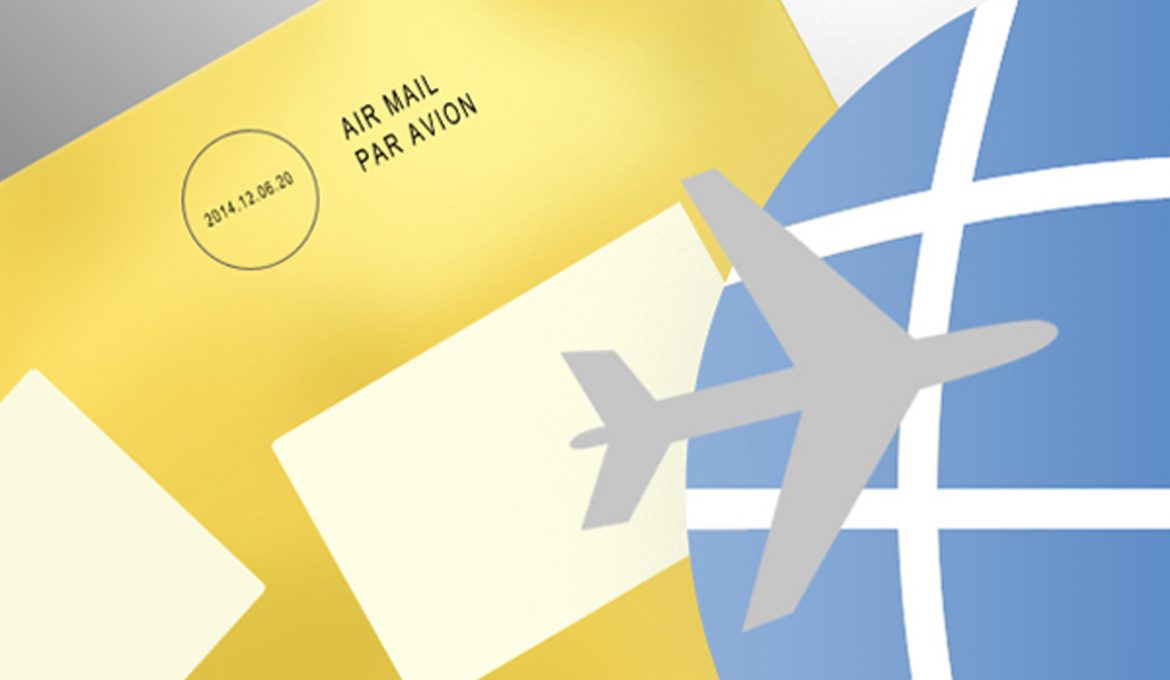 We’ve recently been shopping on the Chinese mega online shopping store, Aliexpress, where all sorts of things can be found here—from Apparel to Electronics, commercial appliances to novelty items. This site contains Chinese businesses big and small selling their products. The amount of products on display there, it’s even fun to just browse! We love it!

Like with all shopping we do, we are wary of good and bad sellers, looking carefully at seller feedback and ratings. After we’re happy with the seller, we make sure we have the shipping method via either China Post Register Mail or Hong Kong Post. These are the ones we have had good experiences with and they have been very reliable and speedy for us.

The below scan was noted down on 15 December 2014 (the day of the last scan for the parcel):

These scans changed some time between 15 Dec and 22 Dec where the dispatch date from Yanwen to the International Mail Centre in Beijing changed and the arrival into the country also changed:

The pattern seems to be 4 days to reach Beijing Outward Office of Exchange/Processing Centre (ours took 5 days), dispatch the next day, handover to the airport following that day and arrival into destination country 3 days later. All updates occur at midnight except for the first two scans. When we were following the progress of our Yanwen parcel, the scan updates did come in as predicted and always updated at the exact same hour – 00:00 (Beijing time).

Our Yanwen parcel was delivered to our door on 23 December 2014, eight days after arriving into the country. This is another strange thing. Eight days to get to us after arriving into the country is very unusual for us. From past experience, after seeing the scan that says our parcel has arrived into the country, they always get delivered the very next day or the day following that. If not, then three working days from the time it arrives into the country. This Yanwen parcel of ours, we saw no reason for it to be held in customs—no prohibited items, overweight or a high value—so the eight days do seem quite long and strange to us. We actually had another parcel coming in via Singapore Post that was delivered the very next day after seeing the arrival into country scan, so this makes us feel that the scans from Yanwen are systematically updated even more.

Though we feel that the Yanwen scans aren’t really accurate or reliable, we don’t have a problem with Yanwen. Yanwen is simply the middleman between the seller and the postal agency (China Post or Hong Kong Post). The postal agency is the one that actually dispatches the parcel to be sent to us. How we see it is that these Yanwen parcels are simply regular parcels without tracking—because that’s what they are. The YC123456789YW tracking number are only able to be inputted into Yanwen’s tracking system on their website and scans will continue to show up whilst still in China and up to the point of arrival into the destination country. It will not show up with any tracking information in the tracking systems of the postal agency in your country because it is specific to Yanwen. No tracking information is provided after arrival into the country because Yanwen parcels are simply standard, regular parcels that is untrackable.

We wouldn’t hesitate to have another parcel shipped via Yanwen at all. This Yanwen parcel of ours (which was actually a China Post parcel since it came through to us via China Post) did arrive in an acceptable time for a standard China Post Air Mail parcel. However, we now know scans provided by the Yanwen tracking number aren’t necessarily an accurate indicator of where the parcel is at. In the future, we won’t look to the scans with too much accuracy in telling us when we can expect to receive the parcel.

Another parcel we ordered from Aliexpress shipped using Yanwen. This one went through the Special Line service and the Yanwen parcel was with a PR123456789YP tracking number.

The amount of tracking information for this tracked Yanwen parcel was abundant and it wasn’t so systematically updated. There were information that was updating as the parcel went through each stage of the postal system.

The scans for this Yanwen Special Line/China Post Tracked Economy parcel of ours told us when Yanwen had accepted and dispatched the parcel. It told us the Yanwen parcel was then received and processed by the local post office. It got passed onto the China Post processing office where (we assume) the parcel got changed from a Yanwen parcel with a PR…YP parcel identifier to a China Post parcel with a trackable parcel identifier in the format mentioned above (AB123456789CN). It then went onto a flight and into the country. It completed a customs clearance and delivered to us.

Our parcel took two weeks to be delivered to us. Two weeks (or 10 business days) is the standard timeframe for regular international air parcels to arrive. So, our parcel came right on the delivery timeframe. Below, is a screenshot of the scans of our Yanwen Special Line parcel:

We always like to make sure that our address is written exactly how our postal agency likes it—in the correct format and providing everything that needs to be on the address—so to not cause confusion that ends up delaying the parcel from being delivered—or worse, delivered to the wrong place! A simple error like missing out the street designation, using a letter instead of a number for a unit number (e.g. 123A instead of 1/123) or missing the unit number out (e.g. writing only 123 for 123A because you are the first unit of many), not having the postcode, etc. can be a cause for confusion for the postie and therefore they aren’t able to deliver it.

The postal agency in our country has a very handy tool on their website that allows us to make sure the address we use is in the correct format and is a valid delivery address. So, if you aren’t sure if you’ve got your address correctly written or might be unsure what other necessary details need to be included, try your postal agency’s website and see if they have something like that. Or, check the FAQ to see what details need to be on the address so parcels get delivered.

We have the delivery times for domestic parcels memorised, also. The reason we have that memorised is that this is the time it takes for all parcels to be delivered around the country. Domestic parcel delivery times in our country are between 1 – 3 working/business days (rural areas takes a bit longer). So, when a parcel from overseas arrives into the country, we know we should start counting and expect our parcel within 3 working/business days. (Of course, it is only possible to start counting if you have a tracking number for your parcel that tells you that it has arrived into your country!) If we haven’t received our parcel by those domestic delivery times, then we know something’s holding it up or something’s gone wrong, so we’ll contact the seller to look into what has happened for us or even contact our local postal agency if the scans indicate the parcel is in the country. (With untrackable YC123456789YW Yanwen parcels, the tracking number is specific to Yanwen and the scans aren’t necessarily accurate, so it might be best to go back to the seller if you’re concerned or if it’s still within the times to lodge a dispute, wait a bit longer to see if it arrives. We see little reason for a Yanwen parcel to not be delivered if the Yanwen parcel is shipped by a postal agency you’ve had good experiences with and it’s not something that will be held in customs.)

Check out our post on the shipping methods we find most reliable!