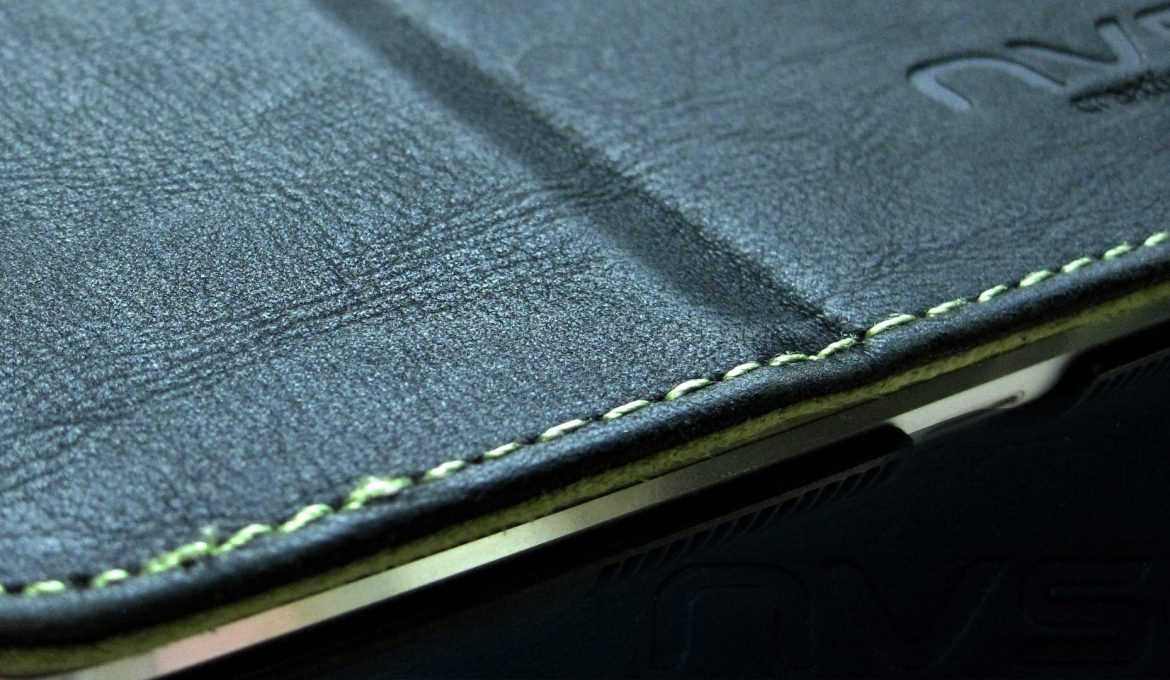 We recently each got ourselves new cases for our iPads. There wasn’t a huge selection available we found; so after looking around, we both settled on a couple NVS cases. We love the fact that they’re quite understated (holding this case around, one wouldn’t know it’s an iPad you’re holding; it looks like a notebook or a daily planner), but still they are quite chic. It’s disappointing that such a lovely case performed so poorly. This case lasted two weeks.

Both the iPad cases have cracks in the corners and in one of the cases, the corner cracked and fell off. We predict that anytime soon, the rest of the corners will follow suit and fall off, leaving the iPads at risk of falling out unexpectedly one day.

We both take care to make sure gadgets—and things in general—last a while. Gadgets are protected well: they don’t get thrown or knocked around. Five years we’ll own a piece of technology and it’ll not have one scratch on it. We do the same with the cases that protect them, too. With the NVS case, despite our efforts to cushion it with layers of soft fabric (we hadn’t gotten around to making ourselves sleeves, yet; so, fabric was our makeshift ‘sleeve’) as well as putting it in a completely separate compartment when carrying it around in a messenger bag/handbag, the case couldn’t last past two weeks. So, we know it can’t be our failure to take care of the case.

What’s more, both cases cracked at the corners, not just one. Had only one case cracked, we could put it down to having unluckily picked a defective one, but both the cases cracked at three out of the four corners. It must be the design.

The way the iPad fits into the case is by having the iPad clip in at the corners. How we got the iPads in the cases is by sliding one long side and one short side (say the long side of the left and the short side of the bottom) under these sides before the remaining sides are kind of forced in. You would then press the corners to make sure they clip onto the iPad as well. The fit was tight, which is good because it had a nice grip on the iPad, but when trying to clip the iPad in, there was fear that the corners would snap off. They didn’t snap off then, but we suppose the corners finally succumbed to the pressure weeks later and cracked.

The NVS case, chic as it is, was quite a disappointment. We will now have to find another iPad case. : o( : o(. Hopefully iPad cases made to hold tablets in a similar fashion don’t suffer the same problems as the NVS cases.