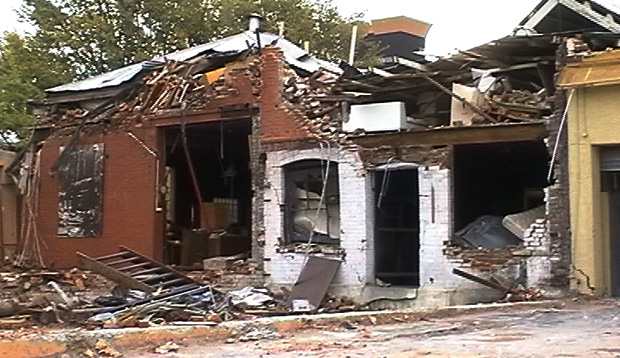 Christchurch is still shaking. This time it is more serious. The aftershock measured 6.3 on the Richter scale, 5km in depth and within 10km of Christchurch city. The quake follows six months of aftershocks that resulted from last September’s 7.1 earthquake. It sent yet another huge hit to the city’s infrastructure: electricity was out, water only accessible to 20% of the city, broken sewage pipes, and telecommunication was struggling too with bouts of intermittent service. We’ve been informed that it may take six to eight weeks (instead of days) to get electricity, water, and sewerage up and running again for all of the city (however the city council have aimed to get these basic services to most of the city in one week). The above isn’t the worst of it all though. This time round, buildings fell and lives were lost.

Unlike the September 4 earthquake, this latest shake is much more serious. The country is under a National State of Emergency, requiring resources to be pulled from all over the country to aid in the search for trapped people, treat the injured, and generally get us all the help we need to get through this. The Government has sent out a request for foreign aid this time round: as we write this, several hundred search and rescue personnel, police, medics, armed forces, and other experts from Australia, Japan, Taiwan, Singapore, United Kingdom, United States, and China have joined our men and women in the search and rescue efforts and cordons. The fact that we need international help suggest to us that this is not just another aftershock we’re experiencing; it’s a natural disaster, a truly big one; and it’s going to take us quite a long time to work through—both physically and emotionally.

Over a hundred lives have been lost already. Hundreds more are missing. Hospitals are full of injured. We can’t believe this has happened to our city and to the lovely people here.

Will this city ever stop shaking? Since the main shock of last September, Christchurch and the Canterbury region have endured 5000+ aftershocks. We were informed by earthquake experts that these aftershocks will peter off at an exponential rate as time passes. For the most part, they did seem to peter off in size and frequency. We thought the city was on the road to normality again.

Just a day before the 6.3 aftershock, we were commenting on how the city was beginning to repair and rebuild. Construction work on roads was everywhere, and lands that were cleared of earthquake-damaged buildings had foundations set for rebuilding. When we got into the heart of the city, there was activity there: the Festival of Flowers was on, cute animal sculptures were on display in front of the Christchurch Cathedral for locals and tourists to enjoy, and a lot of businesses reopened in their new locations—we had a lovely lunch at one of our favourite restaurants at their new location the day before: we sat in our seats saying how nice the place is, how we loved the new location.

We never expected all of this to disappear the next day. The 6.3 earthquake/aftershock hit the city at 12:51pm, Tuesday, February 22. We were doing some designing and research at home at the time. The room we were in started to shake without warning: no low rumble, no cracking sound, it just started shaking. We stayed in our places, expecting it to die down soon, like all the other times. It didn’t though. It went on and the shake got bigger and bigger: the computer slid to the other side of the desk, hanging lights swung higher, and contents on tables toppled, fell, and spilled. We realised then that we had to seek refuge. We ran outside into open space (we didn’t want to risk the place collapsing on us by staying inside).

When the earth finally stopped moving under us, we immediately moved to contact our family and friends. We had no electricity and no phone though. It looked like we still had cell phone coverage, but we couldn’t call through or send texts (probably a result of an overload). We decided to drive the short distance to check up on our parents first. The trip took six to seven times as long—as everyone was trying to get out of workplaces, schools, and malls.

Whilst on the road, we realised that this shake was much more destructive than the one in September, despite it being smaller in magnitude. Last September, roads and properties in our area were left pretty much unscathed. This time, roads were cracked, signage and lamp-posts slanted, there was liquefaction, asphalt was raised, fences flopped, and holes were present in tiled roofs.

About nine hours after the event, when electricity was restored to our area and we were able to view the aftermath on TV, we found out that what we saw in our area was nothing in comparison to what the people was seeing and experiencing in central Christchurch and east of Christchurch. We realised very quickly, we were in a much better situation than a lot of people. Everyone we know are safe, we have electricity, we have water, and we have a home to go back to. So many people don’t and they’ve lost people. We realise and know we are very fortunate; and we are extremely thankful.

Few days after the huge aftershock, search and rescue teams are still looking for people—recovering more than rescuing. It’s not going to be easy in the coming days, weeks, or months. Christchurch is made up of a few hundred thousand people. Even if we haven’t lost someone personally, we don’t think there will be any of us in the city who won’t know someone who have. It’s going to be tough emotionally. It’s going to be tough financially too with so many being displaced from their jobs—with so many losing their businesses—but us Christchurch people, us Cantabrians, are strong and resilient. We’ve already lived through one big shake. We will live through another. We are going to get through this.