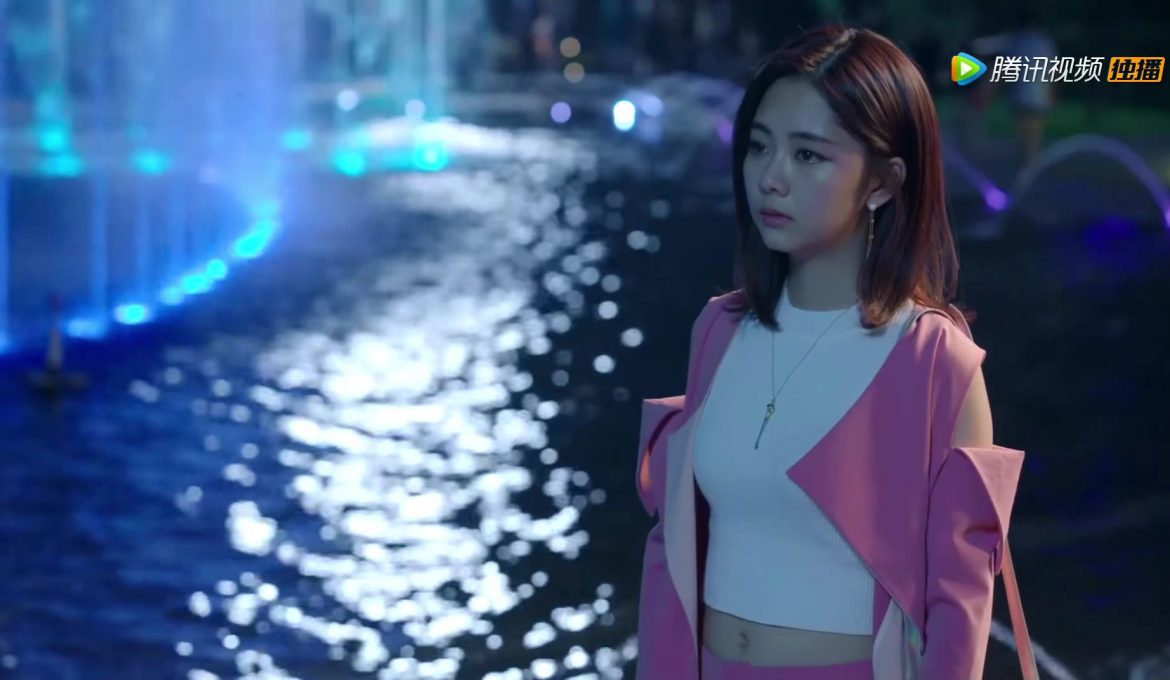 Li Yan Shu’s background story is the feature of this episode. We find out how Gu Jin Yun knows Li Yan Shu, a little showing why Li Yan doesn’t like the Gu family and how Gu Jin Yun has become the kind of carefree and no-responsibility-kind-of-guy he currently is.

Han Jun Yao comes into the scene. After catching herself up with the situation and asking Li Yan Shu if she plagiarised and Li Yan Shu said she hadn’t, but Zhu Dan comes in with painting Li Yan Shu as an inexperienced designer under the pressure of upholding a Manager position in a company and handling a major project, Han Jun Yao makes the decision to dismiss Li Yan Shu from her job. While Zhu Dan watches Li Yan Shu struggle to face the onslaught of media attention with satisfaction, while Han Jun Yao secretly smiles at Li Yan Shu’s demise, Gu Jin Yun pushes through the media personnel and takes Li Yan Shu away from them all.

Li Yan Shu is Gu Jin Yun’s first love. Gu Jin Yun’s grandmother had viewed Li Yan Shu as a lowly person with a despicable family background who seduced Gu Jin Yun. She disapproved of Li Yan Shu dating Gu Jin Yun and sent her away with money. This event in Gu Jin Yun’s life is what changed him from being someone who listened to his grandmother to someone who’s rebellious. He has become a womaniser because he no longer believed in love because of this past event.

Li Yan Shu isn’t sober during this time Gu Cheng Ze has a discussion with Li Yan Shu about the job offer. Gu Cheng Ze finds her at a bar that Li Yan Shu’s dad had regularly gone to. Li Yan Shu’s father had drowned in alcohol over the circumstances of Li Yan Shu’s mother leaving them and marrying another man (Han Jun Yao’s father) back when he was alive.

Li Yan Shu came to this bar following a brief time at home where she was subjected to Han Jun Yao’s smug comments and listening to her mother and Han Jun Yao having a tense discussion over what happened at the lingerie showcase event. It’s also after satisfying Han Jun Yao’s want for her to stop continuing to live off of the Han family and leave their home. Li Yan Shu had stormed out of the house saying she won’t live off of the Han’s anymore.

“Due to plagiarising, I was dismissed. What I plagiarised is a design for New Face. And the one who accused me first of plagiarising is you, Gu Cheng Ze. Are you sure you want to offer me a job?”

Gu Cheng Ze believes people make mistakes. He hopes Li Yan Shu is able to turn a new leaf. He adds that no company would be willing to give her a try with the news of her plagiarising already going around their circle.

“You first defame me with plagiarism to the point of getting me fired. Now, all of a sudden, you come up with offering me a job. Is it because my talent is exceptional that you’re using this method to have me switch companies? The way you rich people think is different. You feel everyone in the world are idiots. It’s only the Gu family who are highly intelligent.”

Li Yan Shu tells Gu Cheng Ze to get lost. She smashes a bottle onto the ground when Gu Cheng Ze persist with this matter she no longer wanted to discuss. The explosive scene brings a group of guys to confront Gu Cheng Zhe about harassing a female stranger. They back off when they realise it’s a fight between a couple after Gu Cheng Ze brings up the incident at the café because Li Yan Shu had responded to the group leader’s question of whether she knew him and she said she didn’t know him.

Gu Cheng Ze ends up in a situation where he stands frozen from disgust. As Gu Cheng Ze pulls Li Yan Shu by her clothes and take her out of the bar, Li Yan Shu vomits all over him.

Things to Take Away From Episode 3

Gu Jin Yun’s grandmother, Sheng Hong Group’s chairman, gave Li Yan Shu an envelope of money to leave Gu Jin Yun seven years ago. The action offended Li Yan Shu. She came back with seeing the amount to be rather stingy of the chairman. Li Yan Shu asked the chairman to contact her when she had more. We now get quite an idea to why Li Yan Shu hates the surname Gu.

Gu Cheng Ze’s decision to offer a designer position at his company seems to have something to do with Gu Jin Yun. He asked Secretary Gao to find Li Yan Shu after hearing about Gu Jin Yun’s relationship with Li Yan Shu and seeing Gu Jin Yun in a mess. It could also be that Gu Cheng Ze has the thought of bringing Li Yan Shu into Sheng Hong to investigate who actually plagiarised. At the lingerie showcase event, Gu Cheng Ze did respond to the media when they asked about the collaboration between Sheng Hong Group and Han’s Group with saying they will definitely do a thorough investigation. It’s very interesting what it is that made Gu Cheng Ze decide to hire Li Yan Shu. We like to believe that he has doubt towards Li Yan Shu plagiarising and think she is exceptionally talented! But thinking on it again, Gu Cheng Ze does only speak the truth. So, Gu Cheng Ze’s reason for hiring Li Yan Shu has to be to carry out what he had told the media. He wants to do a thorough investigation.

“Last time at the café, you said I asked you to marry me.”

“Propose marriage?! Have you asked her to marry you?”

“So it’s a fight between couples. Let’s get out of here.”

We enjoyed the shocked reaction that came from Secretary Gao when he heard Gu Cheng Ze say that Li Yan Shu had said he asked her to marry him. It’s very unlike Gu Cheng Ze. We understand Secretary Gao’s reaction. :oD :oD.