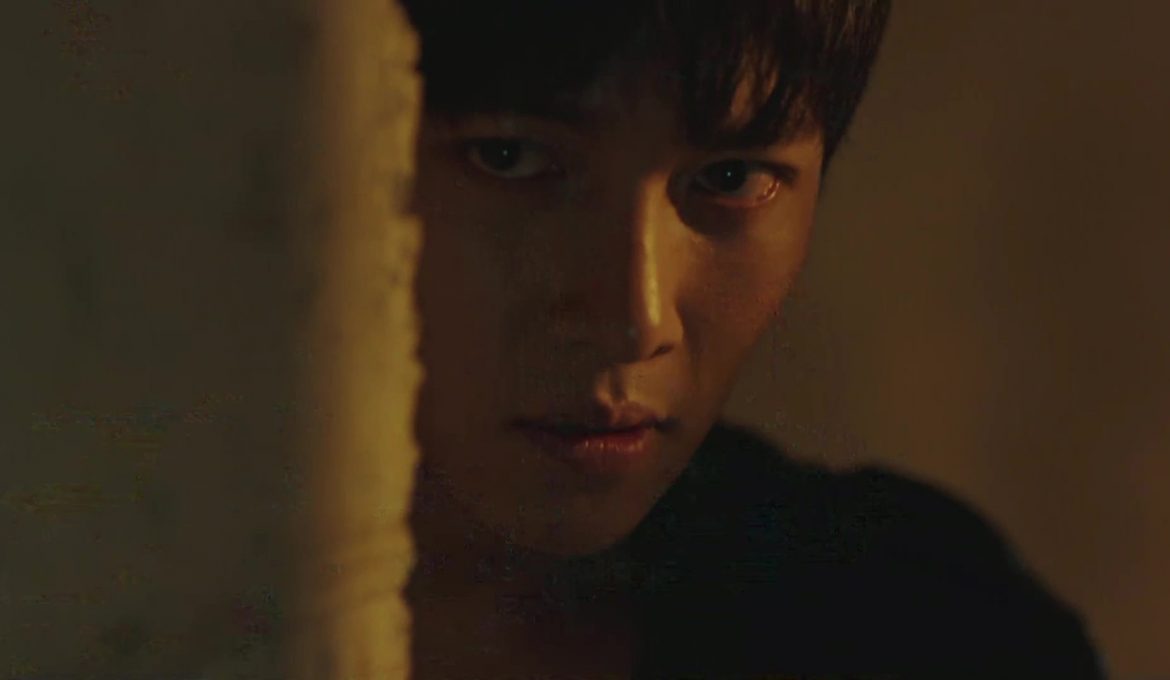 Episode 1 left Choi Yoo Jin with the task of trying to get rid of Kim Je Ha after he witnessed her husband, Assemblyman Jang Se Joon, having an sexual encounter with another woman. Right at the end of it, Ko Anna’s yet another attempt at trying to outrun her pursuers has Choi Yoo Jin busy with trying to take care of not only Kim Je Ha, but also Ko Anna in Episode 2.

Both of these people has the potential to really do some damage to the success of the presidential nominations campaign that is apparently underway. Kim Je Ha could use that information for financial gain or he could approach a competing candidate with the information to help their chances.

Ko Anna’s frantic running has gotten her running in front of the car of a famous designer, who after seeing her distraught from recalling her mother’s suicide, took interest in capturing the sight on his cellphone before uploading the photo online. His fame and reach has the photo circulate all over the Internet, all the way from Europe to Choi Yoo Jin in Korea. What’s more, the photo has netizens buzzing about the photo, wondering who this latest muse of the famous designer is.

This is not good for the campaign as once Ko Anna’s identity is discovered, it will lead to the fact that she’s Jang Se Joon’s daughter. Chief Kim, Choi Yoo Jin’s secretary, had suggested Ko Anna’s disposal. Choi Yoo Jin rejects the suggestion as such action would lead to her losing control of Jang Se Joon who would otherwise see ruined if anything were to happen to Ko Anna. Her only option is to bring her back to Korea so she can keep a close eye on her. She has Chief Kim head over to Spain to locate Ko Anna—which Chief Kim does easily—and bring back on a plane under sedation.

Taking care of Kim Je Ha is not so easy. After disabling the JSS, he catches a bus to a transfer point where he manages to slip past security as a military officer without being stopped. He then catches a ride on a truck after fixing the said truck which belonged to an old couple before traveling and staying at their orchard. They weren’t too happy with letting him stay for more than a night, but after he managed to get the old couple to agree to letting him trim their neglected orchard, Kim Je Ha is offered a longer stay. They’ve developed a fondness for him because he seemed to have reminded them of their late son who died decades ago. This fondness keeps them from handing Kim Je Ha over to the men sent by the JSS president/Choi Yoo Jin to take him out.

Kim Je Ha’s location takes quite a bit of effort to discover, but his whereabouts is found after the JSS president is given permission to connect to the city’s CCTV cameras remotely. Kim Je Ha is spotted at the transfer point and tracked to the old couple’s orchard. His men are sent out and arrive at the orchard just as Kim Je Ha heads off briefly to get a replacement blade for his trimmer.

When Kim Je Ha returns, he finds the old couple tied up and amidst being doused in gasoline by one of the men, about to be set alight. The sight has Kim Je Ha give the man a good beating before the man is subdued and tied up. The man is questioned over who had sent him—to which he provides as only doing his job and trying to make a living—something Kim Je Ha should understand since they are both professionals in this field of work. Kim Je Ha seems to understand that, but what he doesn’t understand is why the man had to go as far as preparing to set the old couple alight. They are his orders, the man tells him: anyone who helped Kim Je Ha hide will die from now on. That was the command he received.

We don’t see Kim Je Ha receive the information on who had sent the man, but Kim Je Ha later is seen outside Choi Yoo Jin’s residence (just as Ko Anna makes her return to the house, weak from the sedatives she was forced to take). He surveys the place from afar before forcing his way in after disguising as a package delivery person.

His entrance surprises Choi Yoo Jin, but it’s not totally unexpected. She had received information from Chief Joo that it’s in Kim Je Ha to attack the one who ordered the hit; so, Choi Yoo Jin was prepared. Kim Je Ha’s warning about leaving him and the people around him alone and how a second encounter would result in Choi Yoo Jin’s death isn’t taken seriously: she’s got the JSS at scene already. He’s surrounded by pistols with laser beams all aimed at him. There’s no chance for a second encounter under the circumstances. So, she thinks.

After ordering the JSS to take Kim Je Ha out of her house and forced into the back of a JSS van handcuffed and gagged, police arrive looking for the delivery motorcycle Kim Je Ha apparently stole. This timely arrival, gives Kim Je Ha time to force a hand free from the handcuffs and take on the couple of JSS officers who threw him in there. More reinforcements are sent in when the JSS officers outside hear the commotion. With the police right outside, the JSS are restricted to hand-to-hand combat before one of the JSS officer use a tranquiliser on Kim Je Ha. Kim Je Ha is too strong and come up top.

Over half a dozen of Korea’s best security personnel taken down, Kim Je Ha releases his other hand from the cuffs before heading back into Choi Yoo Jin with a gun. He walks up the curved staircase where Choi Yoo Jin is coming down. This time, fear exerts from her eyes upon registering his presence. That second encounter which wasn’t meant to happen, happened.

He had said earlier that when that second encounter happens again, she would die. Kim Je Ha backs her up against the wall midway up and holds a gun to her neck before he switches it to point at her head after loading it. Whether he was going to make good on that promise (he did look like he was serious though), we don’t see as his focus is taken away from Choi Yoo Jin by the voice of Ko Anna behind. “Shoot her!” she tells him. “Shoot her! Shoot her!” she screams again, willing Kim Je Ha to do it.

Choi Yoo Jin’s not so cocky now! She listened to Chief Joo about Kim Je Ha attacking the one who orders the hit, but not the second part about him being too strong to stop.

So, end of Episode 2, we now have a fair idea how strong and dangerous Kim Je Ha can be. There’s a bit more information added for Kim Je Ha in this episode. When he was training under Chief Joo’s command, Kim Je Ha was already difficult for Korea’s best security team, JSS, to stop. Chief Joo also mentions that he is said to be the best fighter amongst the recruits of private military company called Blackstone and the best amongst mercenaries in Iraq. He’s a highly wanted person as there is a warrant out for his arrest from Interpol for what he did whilst serving as a soldier. The story behind what that is hasn’t been fully revealed, but it has something to do with advising some civilians out of their military vehicle after having come across a minefield, which resulted in a shootout that killed everyone.

Other information we got from the episode: Choi Yoo Jin’s mental state was mentioned. Apparently, it can be quite fragile when things don’t go her way (not sure if this will be relevant later). Another piece of information that was slipped in is that Jang Se Joon is currently running as an independent presidential candidate who is very popular and expected to join a party. When that happens—Now we don’t know exactly what will happen since the information stopped right there and the implied meaning was sort of vague, but we’re assuming Jang Se Joon will be quite powerful.

First two episode still hasn’t developed much of the main story, just hits and pieces here and there. We don’t think Kim Je Ha’s name has actually been mentioned in the drama, yet. He’s still being referred to as the Banner Hanger. Ko Anna, the white gown and use of sedatives to keep her under Choi Yoo Jin’s control… So much about The K2 reminded us of the 2015 Korean drama, Yong Pal. We had no idea the reason for that is because The K2 and Yong Pal are written by the same screenwriter, Jang Hyuk Rin! No wonder the writing style feels so familiar.

So far we are loving the action. Ji Chang Wook is as awesome as ever. Yoona’s pretty good, too. We’re not too sure about the story, yet, since not much has been revealed. Let’s see what Episode 3 brings us.