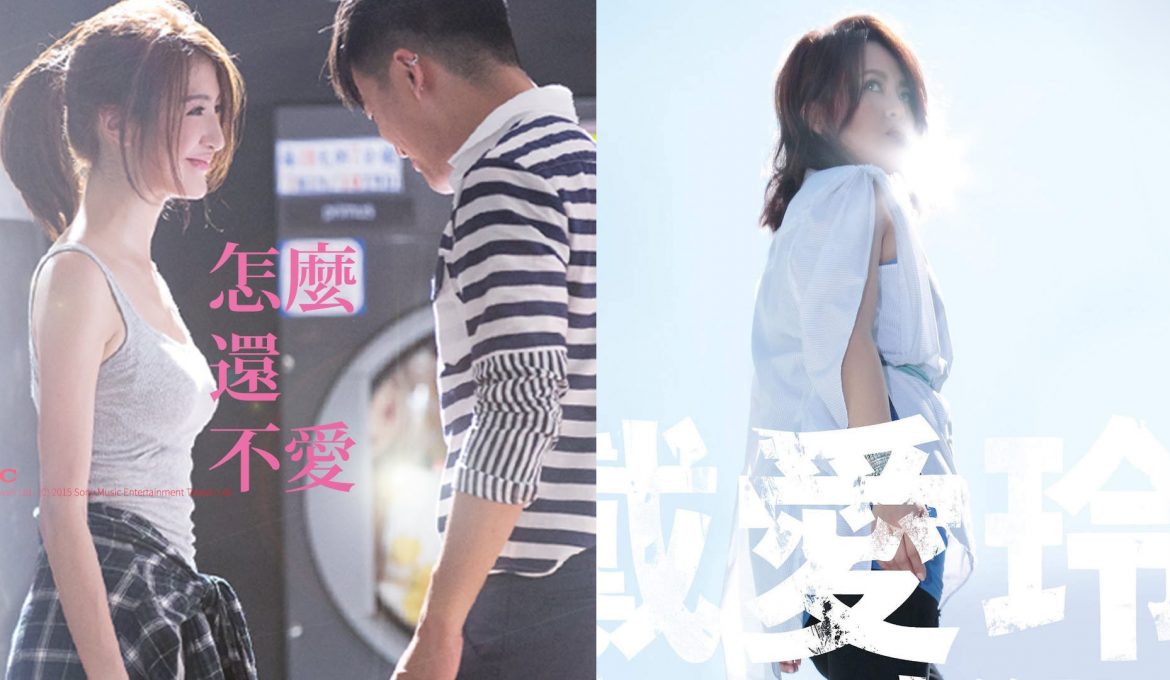 Love Cuisine (料理高校生) actually has a lot of great tracks. They all fit very well with the series. But, two really stood out: Why Have we Not Fallen in Love? by Rosie and Xu Feng (怎么还不爱 by 杨凯琳 & 徐枫) and I Won’t Leave by Princess Ai and A-Lin (我不離開 by 戴愛玲 & A-Lin)!

Why Have we Not Fallen in Love? by Rosie and Xu Feng is the end credits song for the 2015 Taiwanese Drama, Love Cuisine.

With the cute scenes of Han Jie and Fang Xiao Rou in the end credits, Why Have We Not Fallen in Love has a sweet love feel to it. The end credits start with Han Jie in class, writing on the blackboard. He gets distracted from seeing Fang Xiao Rou in the corridor reading a book. He comes out after class to see her, but she’s with Wen Zhen Yu, the love rival, helping explain something in the book she’s reading. It’s Fang Xiao Rou’s turn to steal a glance at Han Jie who’s now got female students asking him questions. Fang Xiao Rou returns back to listening to Wen Zhen Yu and Han Jie steals a glance back at Fang Xiao Rou one last time. The remainder of the scenes featuring these two are cute playfulness between them and ends with the two of them sitting under a meadow tree looking out at the rolling meadows.

This story built at the end credits of Love Cuisine is what made us love Why Have We Not Fallen in Love? so much that we went and bought it on iTunes!

Another soundtrack from the series is I Won’t Leave by Princess Ai and A-Lin. It is a soundtrack that we’ve seen play during scenes in Love Cuisine where there is conflict between the lead characters.

The soundtrack, I Won’t Leave, first appears in Episode 8 when Han Jie had lost the Universiade and because he had to fulfill his bet with Su Ying Jun of resigning, he is seen driving off school grounds in his black MINI Cooper S (cool car!) with his students chasing after him. This scene was extremely moving because Han Jie, a very confident, talented and renown chef had been at his most bottom point in the competition. He couldn’t cook the dish for the second round of the competition when he couldn’t cook a dish that gave him traumatic memories; and because he couldn’t cook, he had to get Fang Xiao Rou’s help. In asking for her help, he gets forced to reveal that he is the person Fang Xiao Rou despises the most. He wins the second round, but loses Fang Xiao Rou’s like towards him. He then loses the third and final round because one of his students cheated. Han Jie loses Fang Xiao Rou, the competition and his job in a matter of days! So, when this song came on after all that and watching him leave and drive off with his students chasing after him, it was sad!

Such a cool and emotion-evoking song, we also bought I Won’t Leave. It’s on iTunes for purchase!

Below are some of the other soundtracks in Love Cuisine. They’re all also very good. We love Ben Wu’s one and Momo Wu’s one as well. Actually, they’re all very good!! :oP :oP.

We Are Young (我們青春) by Dino Lee

You’re Always in My Heart (你一直在心中) by Momo Wu

Fly with You (陪你飛) by Wu Szu Shien