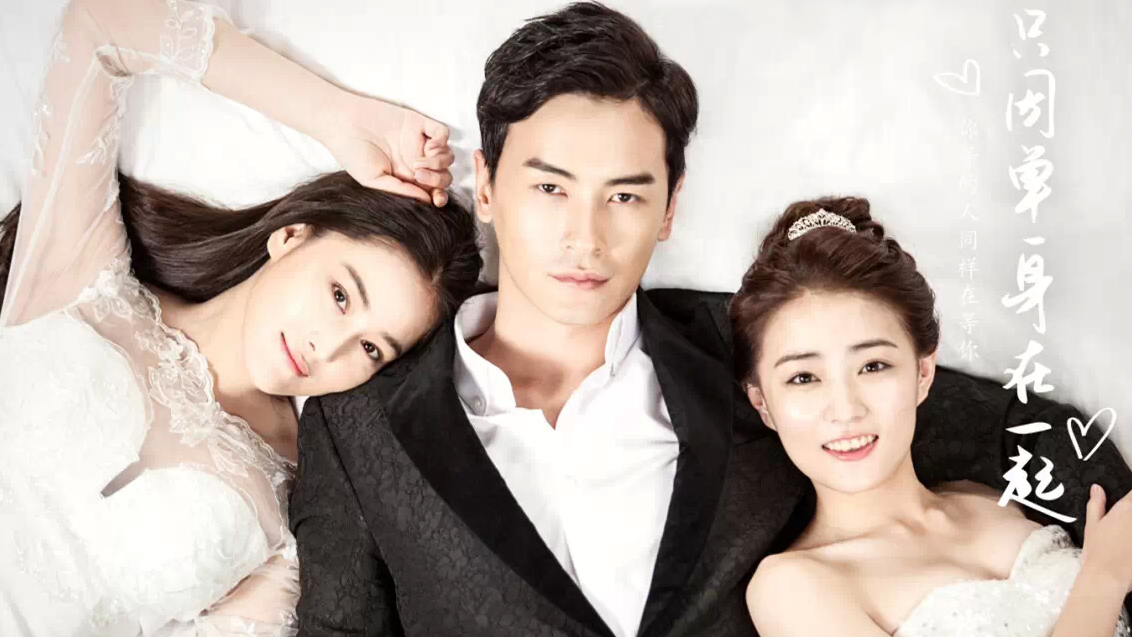 We started watching Joe Cheng’s and Jiro Wang’s latest series, Singles Villa. There isn’t an immediate hook. The first couple of episodes, it felt like not a lot was happening, but at the same time, you get a feeling that something was going to happen. It felt like a romance drama, but then it had a bit of a mysterious feel to the story, to the characters, to the characters’ motives as things didn’t quite appear as they seem with them. Had we not tried hard to hang around for a couple more episodes, the series would feel unfocused and disconnected. It’s not until Episode 3 does the series pick up and the story gets a bit clearer, the character’s motives are clearer and it’s a lot more interesting to watch.

So, female lead character, Jiang Ke Xin (Xu Lu), has her engagement called off at her photo shoot with a voicemail from her fiancé; in the opening couple of scenes. Qian Sheng Yu (Joe Cheng) is shown to have a problem with heights or going up stairs (we’re not sure) following that. Jiang Ke Xin and Qian Sheng Yu both meet at the photoshoot after Qian Sheng Yu receive an email from her calling him “most despicable of all men”, wanting the illustrations she’s doing for his book. With Qian Sheng Yu, he’s a writer and is Jiang Ke Xin‘s boss, but she doesn’t know he is because she’s never met him face to face. What’s more, she knows him as his alias, An Tu Sheng. Later the two meet again at the Singles apartments where Jiang Ke Xin moves after declaring to live a Singles life after her engagement was called off where she meets Qian Sheng Yu again. Jiang Ke Xin isn’t moving in as Jiang Ke Xin, though. She takes on the identity of Ren Xiao Xiao (the apartment actually is rented by her friend, Ren Xiao Xiao, but as she has to be overseas on work commitments, Jiang Ke Xin is asked by her to take the apartment under her identity). Amidst all this, a murder has been committed by a serial killer whose frequency of the killings are increasing. The investigator of the case believes the killer is amongst the group of single young elites who’s moved into the apartments and moves in as one of the tenants of the apartments and works undercover to solve the case and catch the killer.

Just watching Episode 1, it feels a little everywhere with the insert of the serial killer amongst a romance drama, but after about Episode 3, things start to get a bit better as we find out about the characters’ issues and motives, their back-stories and their family background. There’s a hint that the serial killer, the Singles Villa (maybe even Ren Xiao Xiao suddenly offering her apartment to Jiang Ke Xin as well as the broken engagement of Jiang Ke Xin and her fiancé) might be linked in some way (that’s our guess), but we’ll have to watch a little more to get a handle on the story we think. It has the potential to be a good watch we think.

Joe Cheng as Qiao Sheng You, we like. The character is more upbeat than the one in You Light Up My Star, which is much easier to watch. Jiro Wang doesn’t appear too much in the first handful of episodes. He appears for a short time before it goes back to Joe Cheng and Xu Lu’s characters. It was not until Episode 6 before Joe Cheng and Jiro Wang were in the same shot together. That was so great to see! We’re not sold on the pairing of Jiang Ke Xin/Ren Xiao Xiao and Qian Sheng Yu, but the development between them is interesting enough. We’ll be sticking around for this series. After the first couple of episodes, the series is good.