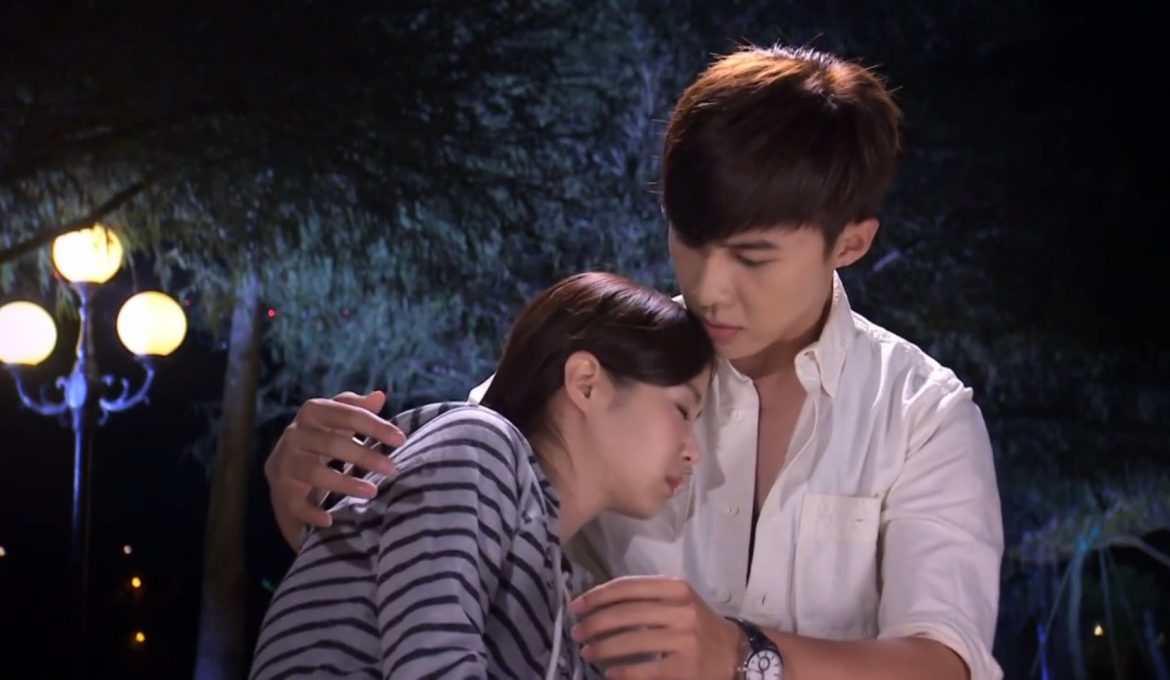 There’s not much drama happening at the moment. There’s only Guan Xiao Tong and Ji Jia Wei and their heartbreaks in the story. Still, Murphy’s Law of Love episodes go by so fast! Before we even know it, it’s the end of another episode!

At the end of Episode 5, Ji Jia Wei is making progress with moving on from his heartbreak. He’s starting to let go of his ex and is interested in Guan Xiao Tong. Guan Xiao Tong though, it feels like she could/might like Ji Jia Wei, but she won’t allow herself to give him the time of day. She is all smiles and very responsive to restaurant owner, Xiang Yi Zan (Jolin Chien); but towards Ji Jia Wei, she will only exchange pleasantries when he comes over to greet her before brushing past him to walk away.

When she’s alone with her thoughts though, she comes off different. She recognises Ji Jia Wei‘s efforts and will go as far as sending him a recording of her thanks and acknowledging the success of a collaboration which has her agency and his agency work to bring together people who’s been hurt by love with a gift; but after thanking him, her wall is right back up and she’s back to ignoring him. Guan Xiao Tong looks to be distancing herself from Ji Jia Wei because she doesn’t want to be in another relationship like the one with her ex-boyfriend where they’re from different social classes, which Ji Jia Wei is.

It will be interesting when Ji Jia Wei‘s ex, He Zhi Yu (Jenna Wang), comes into the story. We’ll be looking forward to seeing how He Zhi Yu will affect Ji Jia Wei‘s feelings as well as Guan Xiao Tong. We’re hoping the story doesn’t become too weighty and angsty at that point.

So far though, Murphy’s Law of Love is fantastic! This series feels like Taiwanese series, Love Around (2013) style-wise and Just You (2013) drama-wise; but just without the weighty drama and pretentious, stiff male lead character or the ‘loud’ female lead character. We have no problems with such characters and we don’t mind series with the weighty drama; but it’s a nice change to watch a series that doesn’t rely on that kind of heavy drama to keep us watching. It’s light and it’s funny. The story moves well. Ji Jia Wei is not pretentious or stiff. He’s funny and actually quite adorable. (Danson Tang’s doing a great job with Ji Jia Wei. We’re enjoying watching his performance!) Guan Xiao Tong is smart, logical and rational. A likable character. The Guan Xiao Tong and Ji Jia Wei moments are really good, too. They’re quite naturally brought in. We love them!

So if anyone is looking for a romance series to watch, watch Murphy’s Law of Love. Maybe line it up, so there are more episodes to watch and you won’t have to wait.

Wish we had started Murphy’s Law of Love a bit later! The episodes really do end too quickly! Can’t wait for Episode 6.