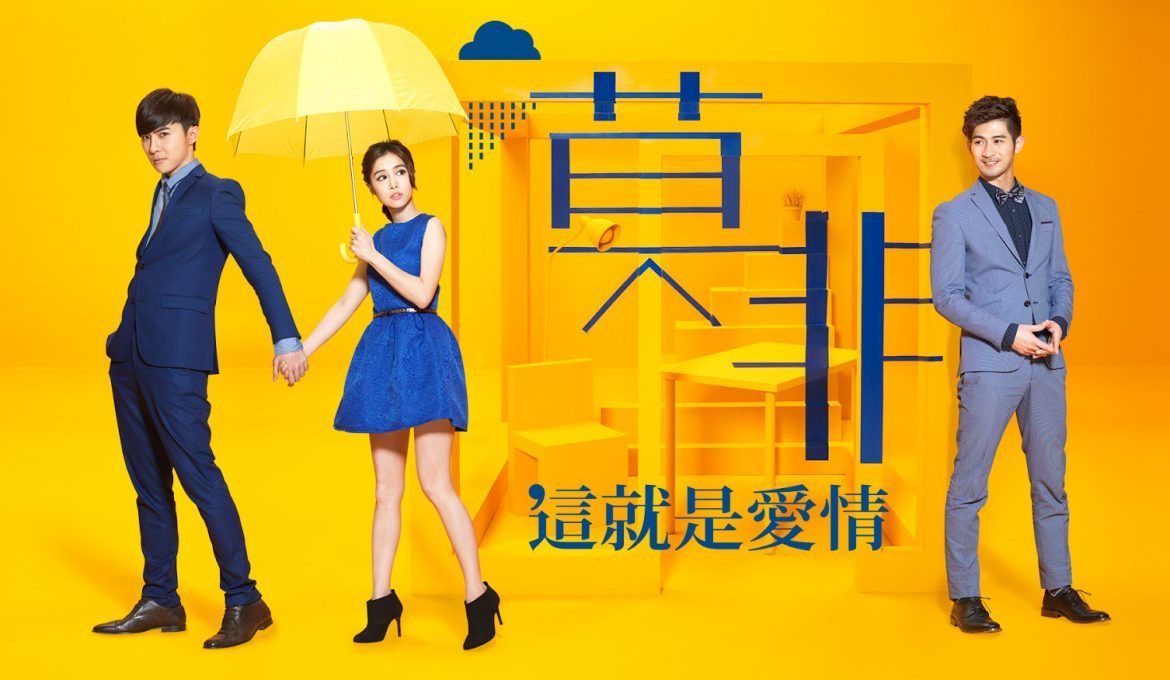 We got around to watching the popular Taiwanese series, Murphy’s Law of Love! We’ve still got about a couple of episodes to catch up on, but we’re really enjoying the series so far! We love the styling; the subtle comedy; and the leads, Danson Tang and Ivelyn Lee.

The story’s still getting started, but we’re thinking this is going to be a great watch. The story starts with the two lead characters, Guan Xiao Tong (Ivelyn Lee) and Ji Jia Wei (Danson Tang) sitting in different areas of the same restaurant waiting for their other half to arrive: Guan Xiao Tong expecting to be proposed to by her boyfriend, whilst Ji Jia Wei is expecting to propose to his girlfriend; but both are disappointed with Guan Xiao Tong‘s evening ending in a break-up and Ji Jia Wei‘s in a no-show.

The two cross paths on that same evening as Ji Jia Wei comes across a semi-concious Guan Xiao Tong, slumped over her table at the restaurant, muttering about wanting a ring (i.e. marriage). No longer needing the ring he was going to give to his girlfriend, he gives away his and slips it into her grasp, thinking his girlfriend stood him up. Little does he know she was on her way after initially wanting to run, but ended up in a car accident with a person who happens to be Guan Xiao Tong‘s now ex-boyfriend.

A year later, Guan Xiao Tong and Ji Jia Wei meet again as Dr. Love Guan Xiao Tong of I Meet You Dating Service and CEO of Renew Agency of Divorce, an agency he founded which specialise in providing divorce parties and allowing marriages to end on good terms. Their meeting is not a good one. Guan Xiao Tong and Ji Jia Wei‘s first meeting involves Guan Xiao Tong being left standing and splashed by rain water as Ji Jia Wei chooses to shield himself as a car drives over a puddle. When she finds out that he is the CEO of an agency that not only opened across from where she works, but specialises in celebrating divorce, her impression of him does not improve.

They are made to associate with each other when an event designed to increase membership of I Meet You Dating Service picks up Ji Jia Wei to be the star of their King of Popularity event which Guan Xiao Tong is instructed by her boss to recruit.