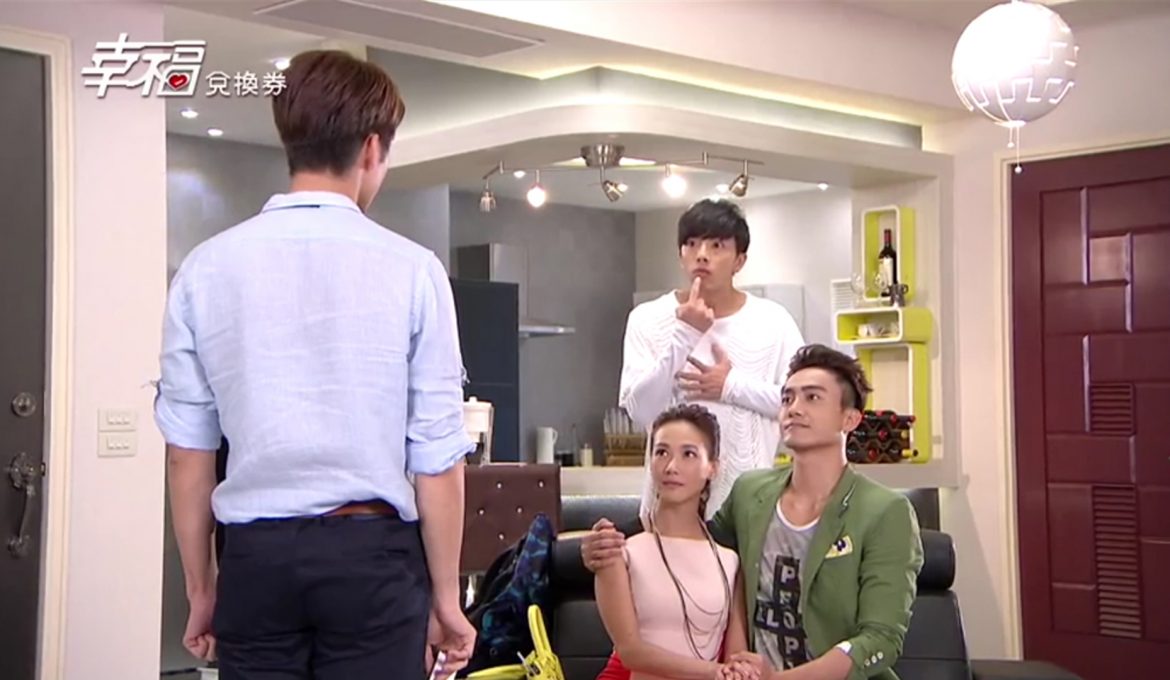 Shi Bo Hai, the ghost, finally comes into the story at Episode 4 and each episode has been filled with a lot of funny scenes! It never gets old seeing a sensible person (He Bu Fan) suddenly appear crazy to those around them when they start talking to, yelling at and kicking into thin air!

As expected, Shi Bo Hai‘s entrance into the story is making for a very interesting plot. He has no memory of his human past and is now training to be a matchmaker. This means that Shi Bo Hai doesn’t remember his ex-girlfriend, Hsu Man Man; but, he does (somehow) remember He Bu Fan. He is said to have magical powers such as grab and obstruct things like a human is able to; but, he isn’t able to harness them, so he always passes through people and is unable to touch things, currently.

We’ve watched up to Episode 14, over one-seventh of the way through the series. All the things set up at the first couple of episodes—Hsu Man Man‘s hidden feelings for He Bu Fan and Shi Buo Fan not knowing that Hsu Man Man is his former girlfriend—were quickly revealed. (With Love Cheque Charge being a romance-comedy, we had expected these to be a part of the story for a lot more episodes. Saying that though, we do love series that continuously come up with new problems and situations. It keeps the story moving and not stuck on the same few points till the end!) At Episode 14, the action is in the task that Shi Bo Hai must complete and there’s uncertainty in how it will affect the growing relationship between He Bu Fan and Hsu Man Man.

We’re thinking the 70+ episodes in this series will be very easy to get through judging by how we are really enjoying the main plot. We’re also finding the many situations and surrounding plots around the main plot interesting as well! At this point, we are very glad there are 40-something episodes left to watch! :oP :oP.