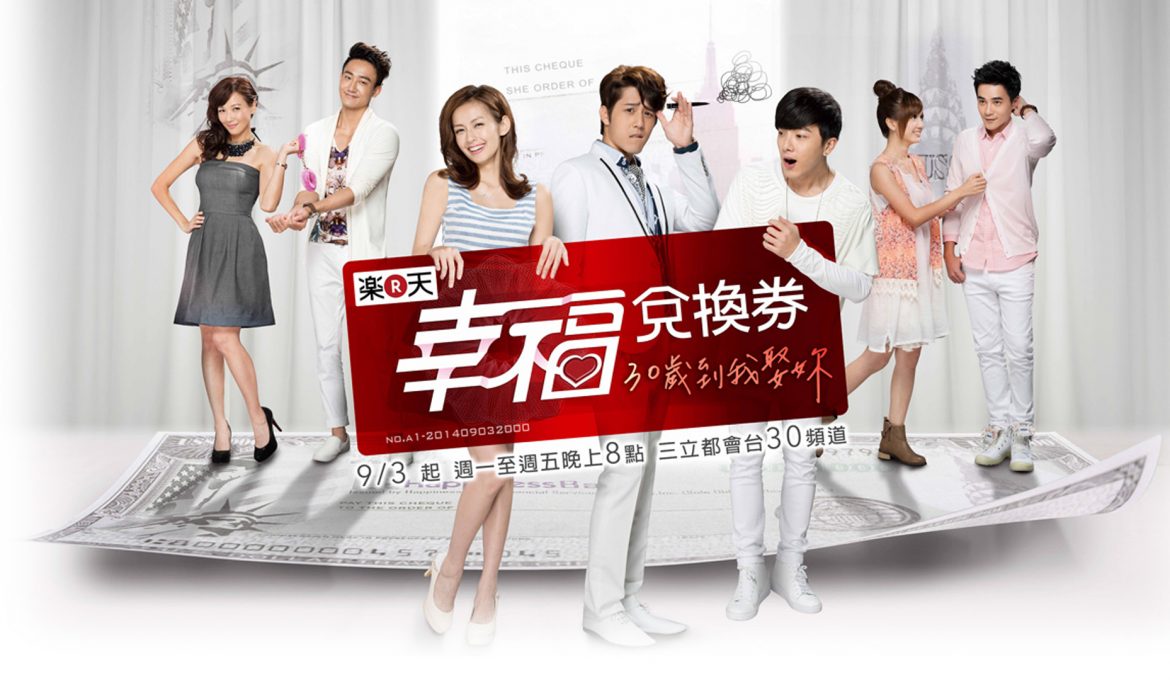 Love Cheque Charge is a romance/fantasy/comedy about a guy, Shi Bo Hai (Xie Kun Da), who dies in a car accident. Shi Bo Hai is concerned about leaving his girlfriend, Hsu Man Man (Yuan Ai Fei), so he gets a stranger, He Bu Fan (George Hu), to deliver the news that he is breaking up with her. He Bu Fan panicking from being in the company of the distraught Hsu Man Man who is blaming him for the breakup and being the person to ruin her plans of marrying before 30, he gets himself into a contract with Hsu Man Man: he signs on a cheque saying he will marry her if she is not married by 30.

This series is much longer than the ones we have watched in the past; it’s over 70 episodes! But we thought we’d give this series a try since it is a romance-comedy (and fantasy) which means it should be a very light watch; and so, 70 episodes shouldn’t be too hard to get through.

The story synopsis didn’t catch us, either. What made us decide to watch this series is Xie Kun Da and George Hu. We totally loved Xie Kun Da in Prince William (which had aired earlier this year). George Hu, we haven’t liked a lot of the series he’s starred in, but we do take a look at series he’s in. We’ve not come across these two actors in the same series, so this is what we’re looking forward to—to see these two actors work in the same series.

Currently, we’ve only managed to watch up to Episode 2. The situation/set up so far is that He Bu Fan is constantly bumping into Hsu Man Man and they have a hate-hate relationship—well, it’s more like He Bu Fan doesn’t find Hsu Man Man worthy of his time and attention and have no interest in her, so he tries to get rid of her; and Hsu Man Man, she finds He Bu Fan good-looking and we see her thinking about him as boyfriend material when she didn’t recognise him, but she becomes feisty and mouthy when she recognises him to be that awful guy who broke her heart and sees him needing to fulfill the contract he made with her.

The first two episodes haven’t grabbed our full attention, yet. Saying that though, with Xie Kun Da’s character, Shi Bo Hai, still needing to appear, we are expecting some exciting things to happen and for things to get a little more interesting after Shi Bo Hai makes an appearance and feature in the story. (The opening scene actually didn’t show any of what was described in the series’ synopsis: we didn’t get to see any car accident that Shi Bo Hai supposedly got into or that He Bu Fan was delivering the message for Shi Bo Hai.) Also, we’re thinking the plot will become more and more eventful as the romance develops and Hsu Man Man gets closer and closer to finding out about what happened to Shi Bo Hai.

Not a bad start and a nice story that has some events to look forward to in the future episodes!