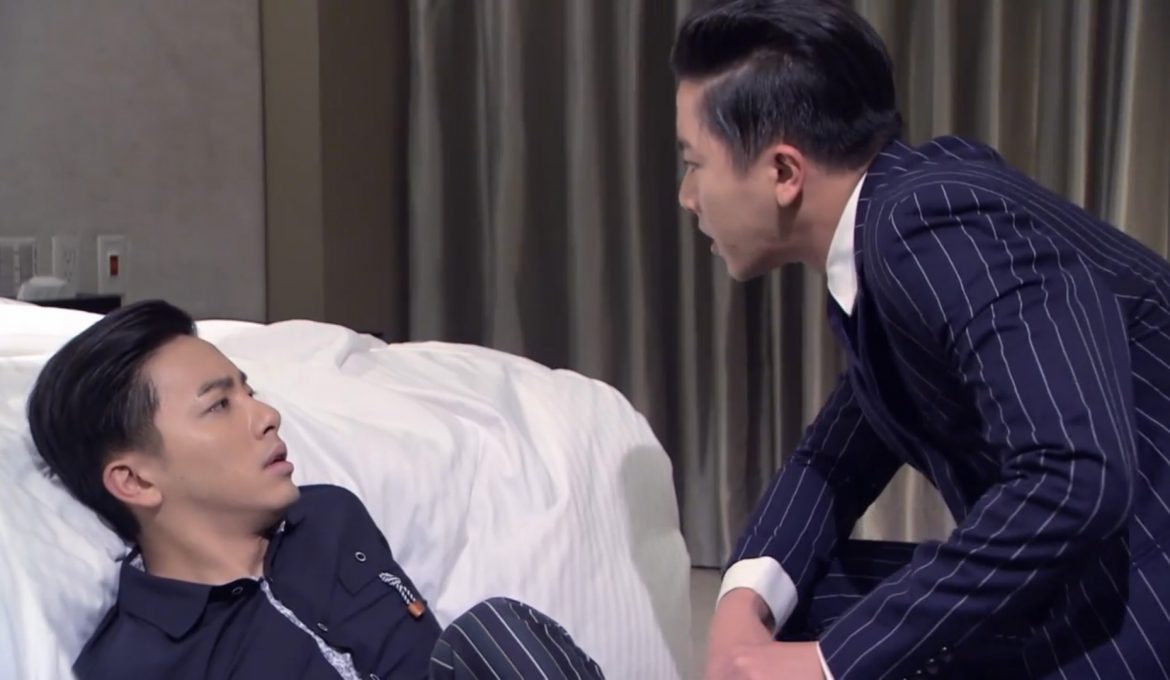 We enjoyed this one so much! The series ended off really well. We like how the problem of the General Manager trying to take the CEO position from Yi Wei Lian through revealing the secret of a fisherman standing in for the real CEO ended up being the solution to keeping the General Manager out of taking that seat. In the end, it actually works out perfectly for everyone, even for the General Manager, seeing a win-win outcome for all sides which is always nice to see at the end of a series!

Watching Xie Kun Da play Liu Wen Bin and Yi Wei Lian was one of the entertaining things about the series as well as amazing. Xie Kun Da really did do a great job making the two characters which were quite different from each other.

We really liked that this series actually had both Liu Wen Bin and Yi Wei Lian in the same shot and visible to us and not just use behind-the-shoulder shots or other angles that hide one of the characters to avoid needing to shoot the actor playing the two characters and opt with a stand-in. Prince William went with shooting Xie Kun Da playing with the two characters and putting them on the screen together a lot of the times, having both Liu Wen Ben and Yi Wei Lian interact with each other in open view.

There were a lot of these sorts of scenes throughout the series, of Xie Kun Da acting opposite himself in a split screen, talking to his other character, getting rather close to the imaginary line where the scene splits, but never ever beyond it and ruin things. There was actually a scene earlier in this final episode that was very surprising: it actually saw Liu Wen Bin walk behind and around Yi Wei Lian! That one really surprised us, especially when we’ve been thinking that they would never cross the mirror line as it probably took a bit more skill to shoot and composite!

We really admire the skill. They were very well-shot and well-edited—in our opinion anyway!—and as we already mentioned well-performed! For professionals, we suppose it’s all in a day’s work! : o) : o).

Prince William has been a very, very fun and entertaining watch. It’s the best doppelgänger story we’ve come across! The story is great and the ensemble of characters are great as well. Definitely a recommended watch!