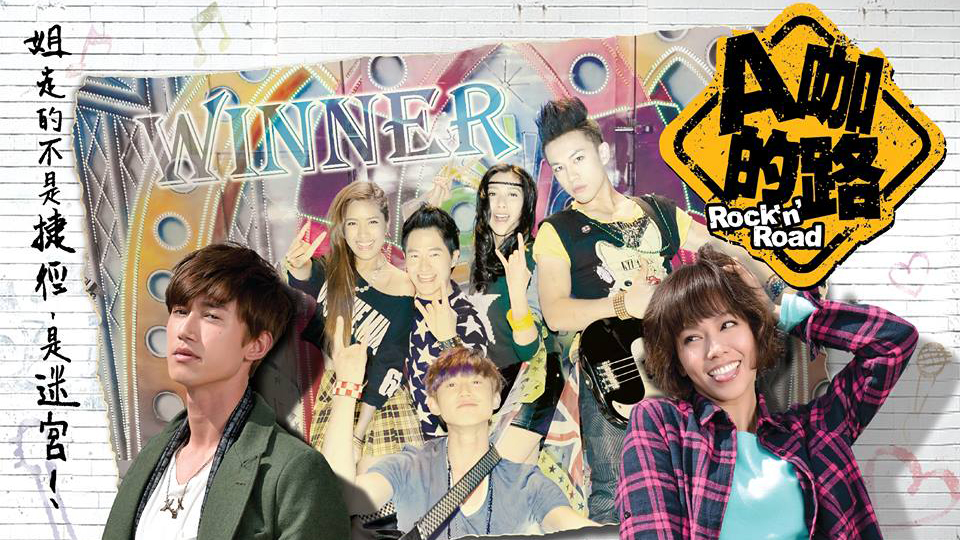 The first episode was very lively and has the same comedic feel as Taiwanese dramas like Just You (2013), It Started with a Kiss (2005) series and a little like Love Around (2012). It’s one of those stories where you think ‘I’ve seen this kind of plot before’, but it’s one that works and you wait for it to play out in the way you expect it to play out.

The set up in the first couple episodes is Lin Wei Zhen (Kimi Hsia) has this dream to succeed in the music industry. She’s previously made a name for herself as a A-list child star, but as an adult she’s struggling. Her dream is to become famous so she can perform her late father’s song, have it heard by the world and make both her mother and father proud. Lin Wei Zhen appears to get her break one night. As she performs the song on the piano in a basement of one of her friend’s bar, popular female artist and Lin Wei Zhen‘s idol, Yang Jia Xin (Anita Lei), happens to walk in and hears it. Yang Jia Xin loves it and approaches Lin Wei Zhen to ask for permission to include the song in her next album. Lin Wei Zhen, thinking that her father would receive credit as the song’s writer, allows her to record it and create the arrangement in the studio. Unknown to her, Yang Jia Xin (who is desperate to include a song which she can tell the world she wrote) takes the song and passes it off as her own.

Lin Wei Zhen is interesting. She trusts and assume people will do the right thing. When they pull one over her, she lets them off very lightly. She has this talent-less front, but then when she stops and performs seriously, like the way she does when singing her dad’s song in the basement of her friend bar, there’s potential. We really like Lin Wei Zhen and the type of character she is. She’s an underdog who people don’t take seriously or want to be associated with (but likes to take advantage of her kindness). We’ll be waiting eagerly to see her potential discovered and her rise.

It looks like there’s going to be an interesting love triangle, too. Zhou Shu Yu and Yang Jia Xin are a couple; but although that may be, they are only the case in private. In the spotlight, they maintain that they’re producer and artist and just friends. She is so afraid of being associated with Zhou Shu Yu as anything more that collegues and friends that she’ll go as far as naming Lin Wei Zhen as the woman Zhou Shu Yu was photographed with when they were out together in Episode 3. Clearly, Yang Jia Xing sees no threat in Lin Wei Zhen when it comes to someone Zhou Shu Yu could fall for! Although Zhou Shu Yu doesn’t see Lin Wei Zhen‘s potential right now, she’s caught his attention. Even if it is just pity he feels for her now, the sense of responsibility he feels for her after what happened with her song might just lead him over to her and have him open his eyes and notice Lin Wei Zhen!

We’re looking forward to the next episode. We hope it will continue to be entertaining because the potential for great (even if typical or predictable) development is high!﻿ So far, Rock N’ Road is developing awesomely! :oD :oD.