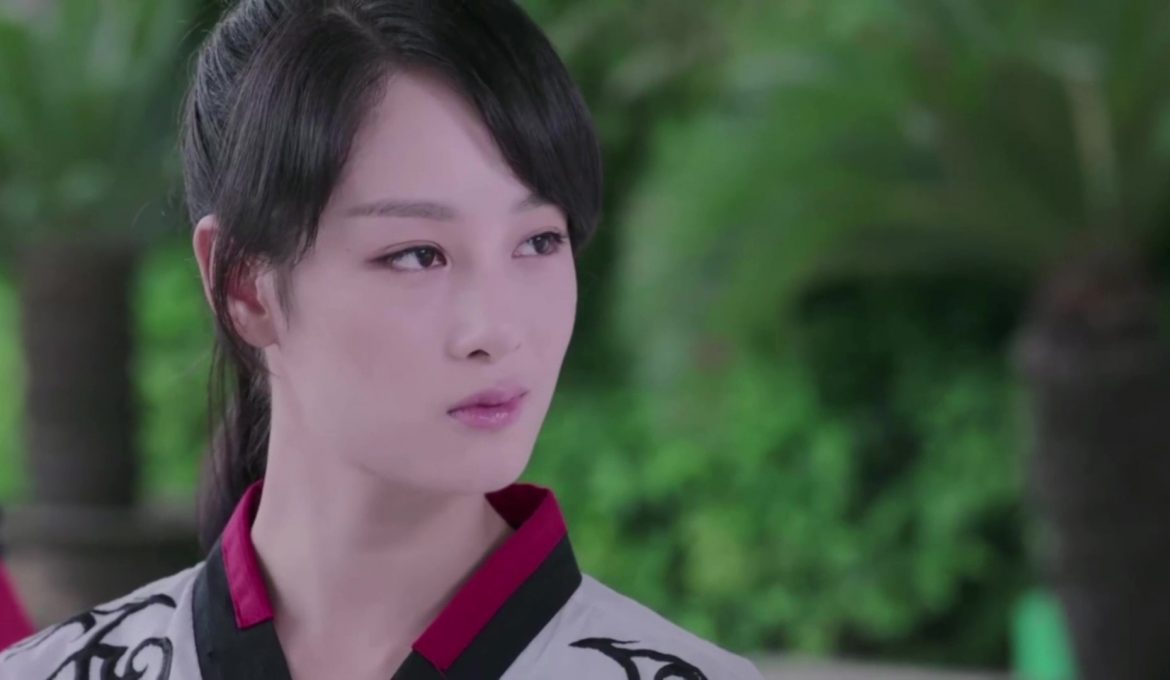 Qi Bai Cao goes against Chang An’s wishes for her to rest and not think about Yuan Wu Dao until her injury is healed. She confirms participation in the City Youth Competition.

Chang An isn’t impressed. He feels Qi Bai Cao doesn’t listen to him and immediately says he will leave Song Bai. But Qi Bai Cao says she has been listening to him with not having secretly trained at all since he told her not to do so. She also makes her case with how her fitness has grown to a level where she believes she will be ready by the time the City Youth Competition comes around.

These words aren’t enough to have Chang An change his mind when his concern is the worry that something might happen in the fighting arena like what happened to him. Chang An tells Qi Bai Cao the story of how his knee had become the way it is.

When Chang An asks Qi Bai Cao if she wanted to be like him permanently injuring her leg and unable to compete ever again, Qi Bai Cao asks Chang An if he regretted his choice and whether he could give up when it’s his hope and dream.

These words are what brings Chang An to agree to train Qi Bai Cao to participate in the City Youth Competition.

Fang Ting Hao is furious Chang An has agreed to train Qi Bai Cao. Chang An tries to let Fang Ting Hao know he has tailored the training with Qi Bai Cao’s injury in mind and has gained knowledge from the doctors that she is okay to compete come the City Youth Competition. However, Fang Ting Hao stands firm in his opposition towards Qi Bai Cao entering the competition, worried that something like what happened to Chang An would happen to Qi Bai Cao. As Qi Bai Cao’s boyfriend, he will not allow it.

Fang Ting Hao isn’t able to stop Qi Bai Cao from her wish to participate in the competition, though. He only gets told that the time for him to be her boyfriend is up. It’s not without objection or seeing her decision to be foolishly made when he feels Chang An is fooling her to slowly turn into him—a person who only thinks about victories.

Things to Take away from Episode 21

Fan Xiao Ying tells Qi Bai Cao Chang An wanted her to cancel the application to enter into the City Youth Competition. But, didn’t go ahead yet because she feels Qi Bai Cao has worked hard to be in the competition. Qi Bai Cao confirms participation.

“My leg only suffered a minor injury during a competition. It could heal after a few months of rest. But the following matches were very important to Feng Yun. So, I clenched my teeth and continued to fight, round by round. Ultimately, the Yuan Wu Dao Occupational League Championship title was obtained. But the strength in my leg was but practically gone.”

“And then, during Feng Yun’s strongest competitor match, I was defeated by the person I once trusted the most through utilising my leg injury.”

“I’m her boyfriend. I definitely will not allow anyone to take advantage of her!”

“Ting Hao-qianbei, the amount of time we agreed on is here.”

“We really can’t continue to lie to each other like this anymore. You placing your feelings on me is too unfair on you. Also, I’ve always seen you as my good friend. There will be a day where you’ll definitely come across a girl you like and where she likes you as well.”

“Is it because of Chang An?”

“Bai Cao, he is using his identity as your instructor to confuse you. He’s using the competition victory to deceive your eyes and make you unable to see his nature! If you continue on like this, you will become just like him. You will only think about victory whenever there’s a competition!”

The London Competition that Qi Bai Cao couldn’t participate in because her application was not sent in and Lu Fei Yu was blamed for it a few episodes back, Fang Ting Hao reveals to Qi Bai Cao he was the one to have done things that stopped her from entering that competition. Where he was afraid to let this fact known to Qi Bai Cao once before, and Feng Yun used it get Fang Ting Hao to cooperate with their wants, here, Fang Ting Hao simply revealed it to Qi Bai Cao. He says he was right to have done what he did when he’s seeing she is starting to think about victories all the time.

Qi Bai Cao thinks about Chang An. Chang An completes a figurine of himself

Qi Bai Cao finds out that Chang An was the one who allowed Song Bai to regain their hall back. Fang Ting Hao reveals that Chang An allowed his knee to further be disabled in order to satisfy Feng Yun’s strongest one’s fear of Chang An taking his title.

An upcoming opponent of Qi Bai Cao’s is Fang Ting Yi. It’s a worrying development when Fang Ting Yi looks extremely determined to win and she has the fighting skills to win the competition. Fang Ting Hao had said Qi Bai Cao is becoming someone who thinks about victories all the time. His sister looks to be the one who is already consumed by the thought of victories. He should be concerned about her!