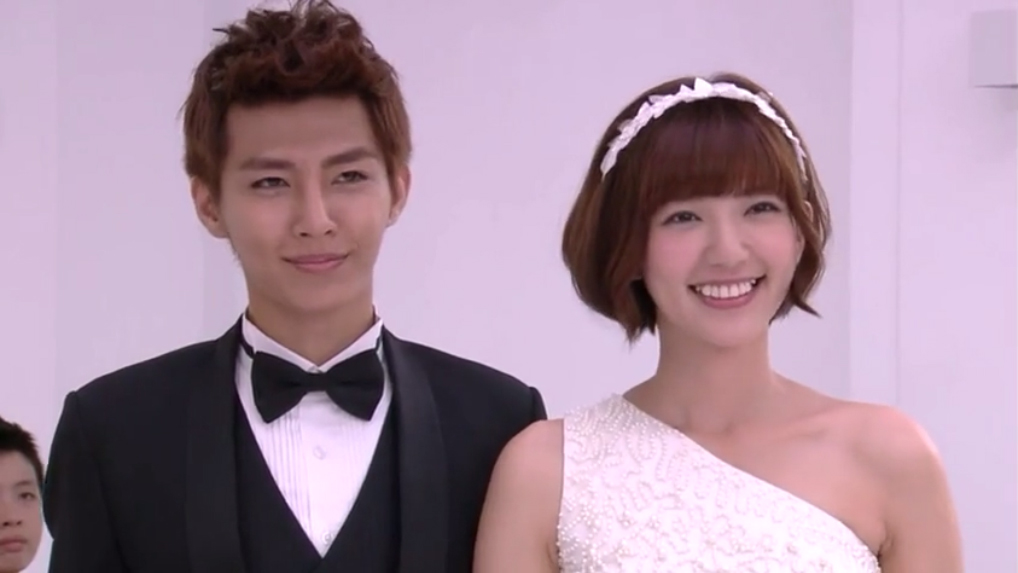 Finally we come to the end of the series. The last episode tied everything up creatively! This episode was, scene by scene, moving backwards in time. Insignificant but memorable plot-, character- and relationship-building moments of the series pop up in reverse order until finally the end scene finished up with a moment looking like a moment in the opening scene with situations and circumstances flipped positive than problematic.

[Moment in past scenes]: [Moment in this episode]—

Ding Jia Yu‘s loneliness: texts from Chen Liang Liang and Co., Dean and Qi Yi finally has her come out of locking herself in her apartment. Ding Jia Yu gets in touch with Jerry: Jerry replies he is in America, but is now back in Taiwan and outside her door with roses and information that gives Ding Jia Yu a new perspective on things. Qi Yi‘s father waiting to meet up and catch his wife who he has not seen for twenty or so years: Qi Yi‘s mother and father are catching up and filling each other in on each other’s lives that they’ve missed in the twenty or so years they’ve been apart.

Towards the middle now. Li Han Bo’s resignation to pursue his dreams: he returns to GAZE as its new CEO and his first task is to take down the office romance ban. Chen Liang Liang unknowingly puckers up at Qi Yi‘s intense gaze on her: Chen Liang Liang puckers up for a kiss after Qi Yi catches her from falling and they have a moment. Dean’s interest in Chen Liang Liang: he demands a kiss on the cheek from Chen Liang Liang in exchange for information on where he hid the items she is looking after. Chen Liang Liang tells Qi Yi she likes and cares about him: Qi Yi tells Chen Liang Liang he has already fallen in love with her.

And finally we come to the end of the series with the memorable moment that was at the beginning of the series. Chen Liang Liang accidentally exposes her naked body to Qi Yi: this time this is no accident with Chen Liang Liang‘s top flung from under the covers to the floor.

That office romance ban notice, when Li Han Bo was just an employee of GAZE, he wanted to be the one to take it down and had tried threatening Qi Yi with revealing Qi Yi‘s living arrangements with Chen Liang Liang to do so, but he failed. So who better to do it than Li Han Bo, the new CEO of GAZE?! He returns back to GAZE in his awesome new position as CEO and rips it up into little pieces in front of GAZE‘s former boss, Qi Yi—who is wincing at seeing his… well… treasured item being ferociously torn and destroyed—because Li Han Bo is the boss and he can! This scene, along with Li Han Bo being introduced as the new CEO of GAZE were our favourite scenes of the episode!

We enjoyed the final episode a lot! It was a great ending to a story that was simple, but incredibly well-scripted!