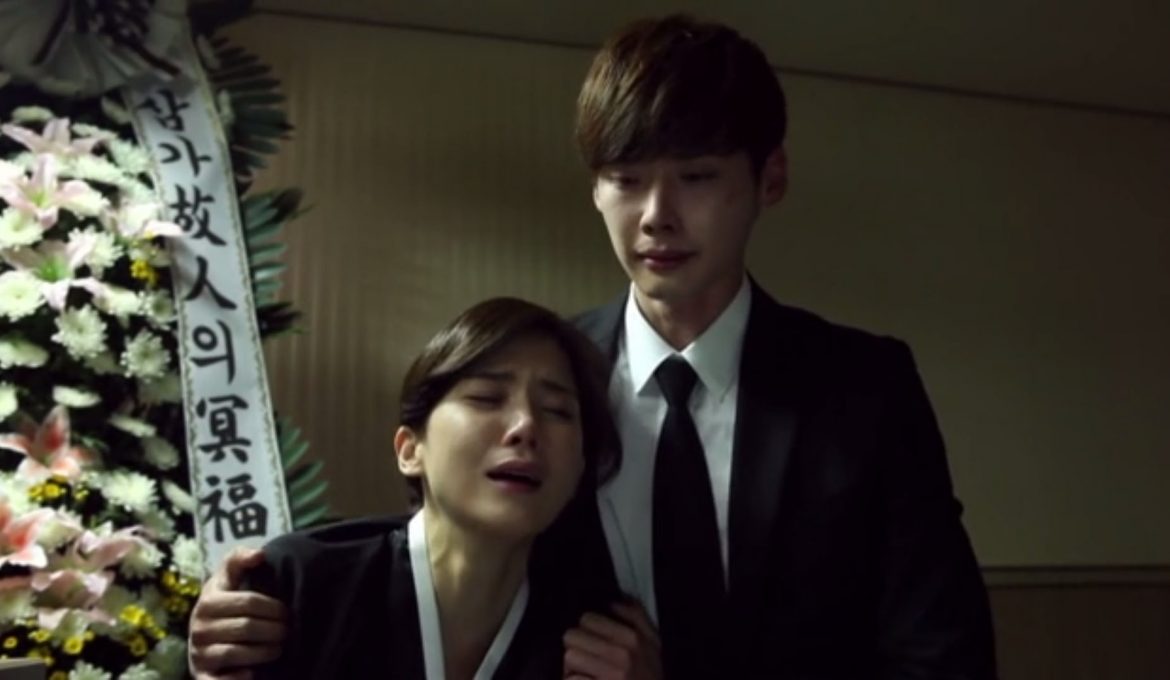 The first seven episodes felt episodic and it was hard to chase down. The only development of note in Episode 6 and Episode 7 is the possibility that he might go down the wrong path and take the law into his own hands. The story was just simmering along for us, until we got to Episode 8.

From Episode 8, the series really picks up when the criminal, Min Joon Gook, finally comes out of the shadows and this starts up a continuous plot with a focus around the main characters. We couldn’t stop chasing the story down!

With the murder of Jang Hye Sung‘s mother, Park Soo Ha begins his path of putting an end to the Min Joon Gook and it leads to Cha Gwan Woo (Yoon Sang Hyun) successfully defending Min Joon Gook and letting him loose to come to the event of Park Soo Ha stabbing Jang Hye Sung instead of his intended target, Min Joon Gook! We saw it coming and we thought it made sense for it to come because it helped Park Soo Ha realise that going down the path of revenge isn’t the answer. If Park Soo Ha didn’t stab the person most important to him and the one he is trying to protect, he would most likely never relent and continue to break his promise to Jang Hye Sung until Min Joon Gook is dead. He’ll turn into a murderer, which would be a shame when he is such a smart person who can have such a good future.

At Episode 10, Park Soo Ha has disappeared and there is a hunt for him because he is the suspected killer of Min Joon Gook. Park Soo Ha is found a year later and is arrested and trialled, but Park Soo Ha is not the same person as he was before: he has lost his memory, doesn’t know who he is, what his past is and whether he is a criminal who killed. He doesn’t have his special ability of hearing people’s thoughts, either.

The story is definitely very interesting now, but we still find that there are still conveniences and things overlooked. For example, when Jang Hye Sung‘s mother got killed, we’d imagine that hitting the skull with a wrench would have a different type of impact from hitting the head once on the table and falling to the ground and investigations could determine that Min Joon Gook‘s story isn’t truthful or matching with science. We guess we can let it slide and say that it’s simply the world that the story is set in and probably the topic of the series—a world where it’s easy to accuse and point the finger at innocent people and it’s even easier to let free a truly guilty person, a world where the officials are incompetent and the justice system is flawed.

Nevertheless, I Hear Your Voice has become a great watch. We’re looking forward to seeing what happened to Park Soo Ha and why he lost his memory and his ability to hear thoughts. We’re also waiting to finally see Min Joon Gook lose! He is truly an evil person who’s been very lucky for far too long!