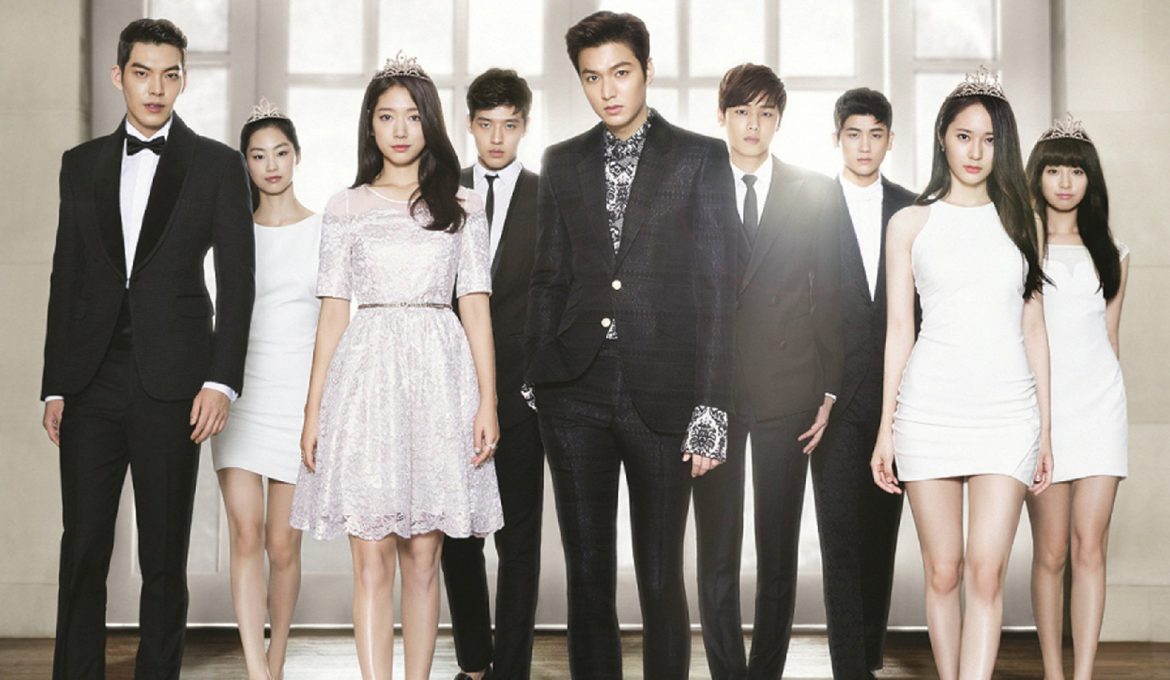 Maybe it helped to have low expectations and not have joined in on the hype that the Korean drama, The Heirs/The Inheritors, received prior to its airing, but we found the first episode to be a decent watch. We like the more mature feel of this series. We’re also glad it’s not a heavy drama surrounding the subject of rich against the poor or how the rich and the poor classes cannot mix. So far in The Heirs there’s a contrast between the rich as having the luxury of being able to play and not ever having to worry about hard work and earning a living; and the poor having to work day and night with no time to play and enjoy life just to stay afloat. There appears to be a focus on the idea that leading the life of the wealthy has its own hardships and challenges as well. We like the more toned down, less drama-inducing approach to the rich vs. poor theme.

The set of characters are pretty good, too. We’re undecided whether to find Kim Tan (Lee Min Ho) interesting or not: there was little in the first episode to make much of an impression. Cha Eun Sang (Park Shin Hye), though, we like. It’s nice to see that she isn’t written to appeal to the audience by having her bullied or facing great adversity. She’s just a girl preoccupied with working and finding enough money to survive (like so many in the real world). The other character who is interesting is Choi Young Do (Kim Wo Bin). He’s the one who looks down on poor people and bullies them. It should make the series interesting to see how his character changes upon meeting Cha Eun Sang.

There were also some interesting commentaries in this series about living and studying abroad. Cha Eun Sang‘s sister was revealed to be living in a dodgy neighbourhood with a heavy-handed man in the US after lying to family that she was living a good life abroad. Kim Tan likens living/studying abroad to being exiled.

We see potential in the series. The Heirs is not bad at all. It held attention.