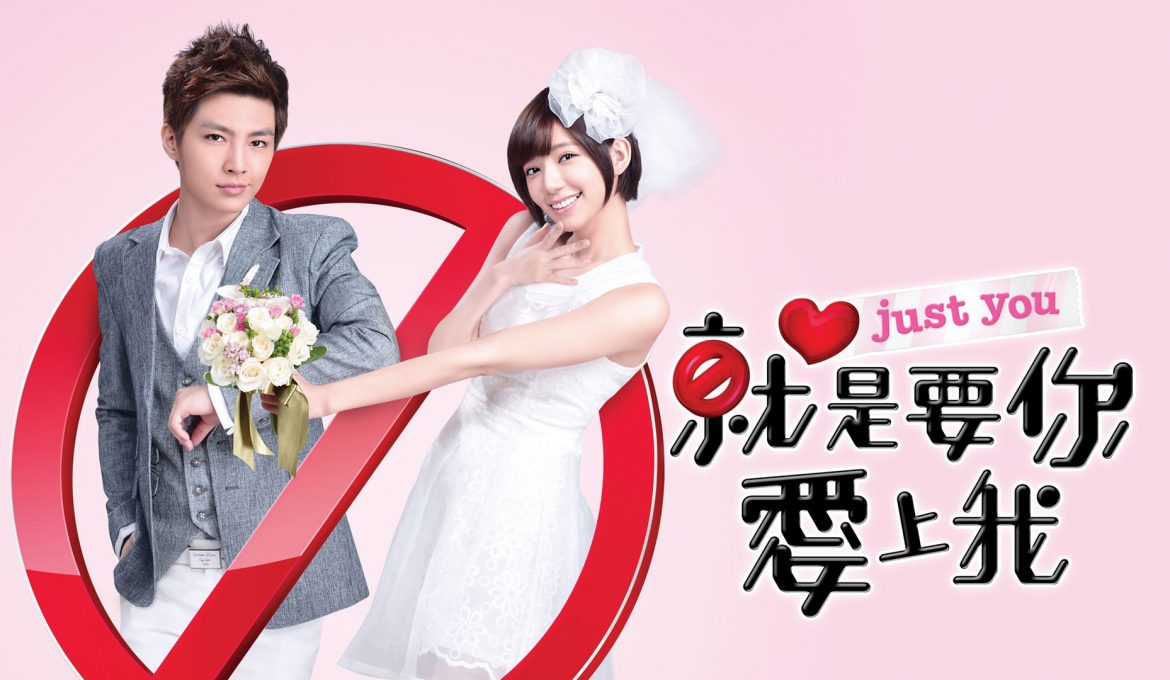 We’re currently following this latest Taiwanese romance-comedy, Just You. It’s about a rigid boss of a design firm, Qi Yi (Aaron Yan), who on his first day on the job, puts a ban on office romance. He believes love makes people irrational, and it makes for distracted and unproductive workers. Chen Liang Liang (Gao Xue Fu), an employee and unwelcomed occupant of his home, is put forth by her coworker and friend to charm him and break down his defenses.

The series doesn’t try hard to be clever with their situations and plot. It is simple and the heading is obvious with clues placed in scenes, but they are done well (the characters consistently acting and reacting according to what’s expected of their character helped a heap, too!). At first, the series did feel like watching a ‘Design a Drink and Market It’ game: ‘Impress the Supplier’, ‘Get on Side with an Investor’, and ‘Start Planning’. There was even a side game of ‘Where’s Qi Yi?’ After that point though, there was quite a good plot with interesting character developments.

We like both the main characters of Qi Yi and Chen Liang Liang. They have opposite personalities. Qi Yi is very difficult to get along with because he likes everything neat, clean, precise and organised, but he has a considerate nature underneath all that rigidness. He is also fussy with food and has a lot of allergies. Meanwhile, Chen Liang Liang is optimistic, carefree, strong and level-headed; and though she appears a little tomboy-ish, she has quite a cute and innocent personality (Gao Xue Fu’s portrayal of cute and drunk is quite good in our opinion!). Qi Yi rarely makes mistakes while Cheng Liang Liang is always causing accidents (she caused Qi Yi to go to hospital twice!). But there was one scene where the normally perfect Qi Yi actually makes a mistake because of a lapse of concentration (he was thinking about Chen Liang Liang when it happened, by the way!)—it was a horrible, horrible mistake—and he tried to cover it up (for the fear of making Chen Liang Liang sad rather than the fear of being scolded by her). When the scene came to Chen Liang Liang finding out his horrible mistake, we watched with only one eye. The air was so thick it was hard to watch straight on!

Qi Yi actually reminds us of the Hwang Tae Kyung character from the Korean series, You’re Beautiful. He isn’t a godly superstar with screaming teenage fans at his tail; he’s just an office boss, but the eyeliner, the looks and glares, and the sharp and angular movements, it’s so similar. Aaron Yan’s expressions and actions makes Qi Yi’s character so captivating to watch!

For a story that focuses on love and relationships, it’s surprisingly pack-full of happenings that keep the story exciting and moving! There is a great cast of supporting characters that contribute well to the story. The series is currently still airing, and so far, we are enjoying Just You quite a lot!