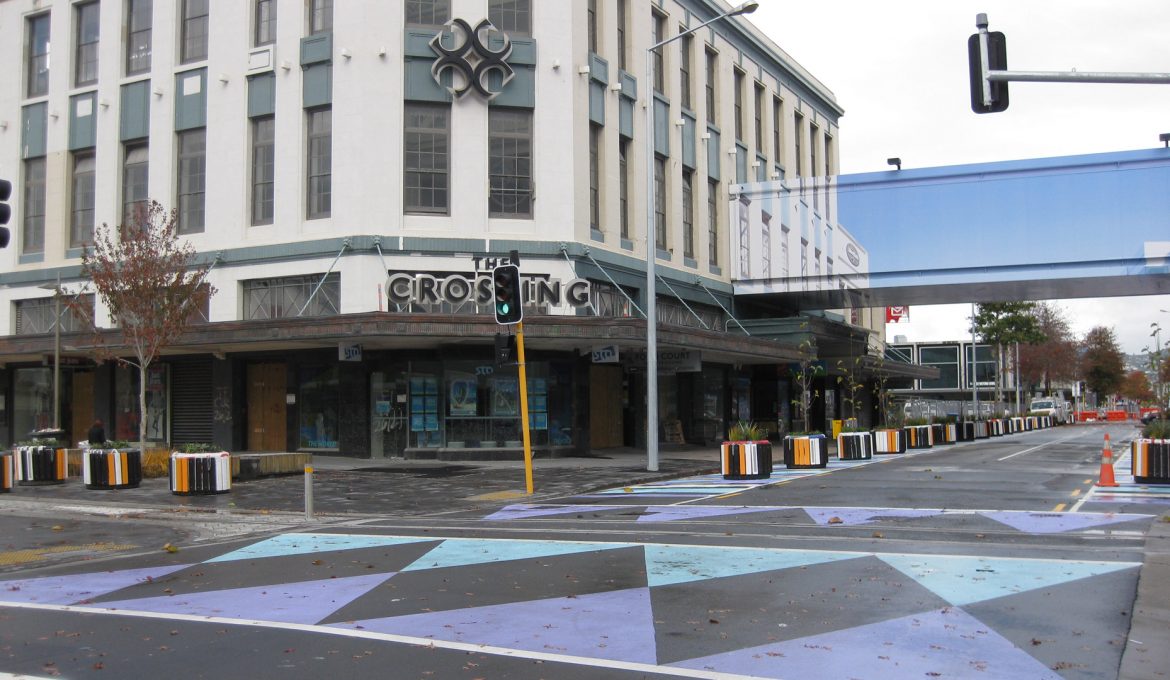 Yesterday we headed into central Christchurch. A lot of the city is still very much in ruins two years on, but we are suprised to see a bit of life here. There is colour, people, and even a few businesses have opened up here.

Central city has opened up so much more since the start of the year. Our last visit was a few months ago. Net fencing prevented us from walking into the heart of the city; we could only peer into it. Yesterday, for the first time, we were able to walk into it and see all the restaurants, clothes stores, cafés and banks we used to visit before the quakes hit. They were all vacant, but at least they are no longer inside the cordoned off area.

A few restaurants have opened back up in this part of the city. The fact that food places are opening here surely is a sign that people are coming back into the city—that there are people walking and working in central Christchurch again.

This main artery in and out of central city has also opened. At the start of the year, it was partially opened, full of netting, construction cones and grey. Now, it is decorated in bright colours with matching planters lining the street. We wonder if painted central streets is going to be a feature of the new Christchurch.

There are cute topiaries here and there, large eye-catching murals that span entire walls of buildings, paintings and an air bridge that’s completely covered in a bright blue sky artwork.

We really like the artwork on this air bridge: stand at the right position and it should look like there is no air bridge. It’s just sky with buildings on either side. Being a grey autumn day as well as not standing in the right position, we didn’t manage to capture the effect on camera.

Central Christchurch has been battered by a lot earthquakes. A little over two years after the quakes, it still looks that way on the whole, but there is definitely a lot more activity. More parts of central city is opened, roads are being cleared, landscaping is being done, more and more businesses are opening up. It’s really great to see this progress. We hear that this is the year of the rebuild and that the central city is planned to open up fully this year. We really hope this is the case. It will be exciting to see what Christchurch looks like as more and more buildings go up and city plans are made into reality.