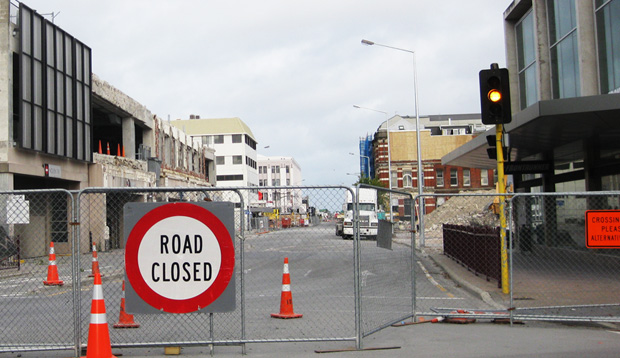 Two months after the devastating February 22 2011 Christchurch quake, we headed to downtown Christchurch with our digital still camera that had a video function and took footage of the devastation: we wanted to see for ourselves the images we saw on our television sets. Army personnel manned the only inner city street opened for thoroughfare and viewing into the devastation. Months passed and slowly the city began to open up, and more and more of the city became accessible to the public. We headed back earlier this year to capture short clips of the city again. We had quite a lot of footage and thought we’d edit them and put together a very, very short documentary-like video. 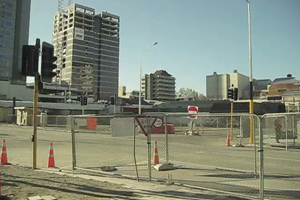 Just a little about the video, the equipment we used and the day we went to take the shots:

A huge part of this video was taken with the video function on our digital still camera with a maximum resolution of 640 pixels by 480 pixels. The lack of video features of a digital camera means our video is very simple consisting of mostly pans and stationary shots. We experimented with the zoom feature, but we had little control over the speed of the zoom and opted to not use it.

The day we went to capture the shots was a particularly windy day; we contended with a wind gust of 65km/hr and we felt like leaves, blown around and almost uprooted from the ground; and so, without a tripod, trying to keep the camera motion steady and smooth was a challenge. Please excuse shots that are less than steady and smooth. : oP : oP.

After recording the narrations, we took the shots and the audio files into Apple iMovie. As some of you may know, iMovie comes with all Mac computers. It is a simple video editor with no layers and typical transitions and effects; so our video is not filled with special effects or colour adjustments of the footage but consists of basic editing and transitions. We think simple does suit the video so the features in iMovie was sufficient for putting together this video.

We invite you to watch our short video and we hope you will get a small insight into what the city is like in the year 2012, over a year after our most destructive aftershock! If you would like to support Christchurch, please purchase yourselves a couple of bands4hope and support the rebuilding of Christchurch! Thanks muchly for your support!